Revered statewide, fishing spawns a love affair for the ages

My first memory around fishing is actually not of fishing at all.

I was 3, or maybe 4, and my dad and brother had returned from an afternoon on one of our nearby southeastern Wisconsin lakes. My dad had set up a dozen or so bluegills from the catch to fillet, and laid them out on aluminum foil on a table adjacent to our laundry room.

I am completely absent of hyperbole when I say my young eyes had never seen anything this captivating. 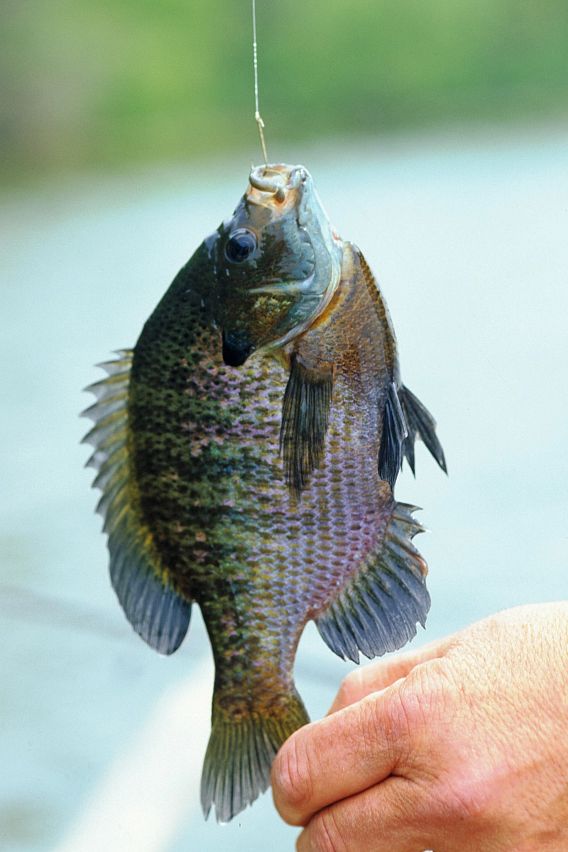 The bluegills sparkled with jewel tones of purple and blue, olive and orange like I had never seen. They were magnificent ovals of color and variation that only nature through evolution and necessity can create.

In their element, they would be near perfectly camouflaged like no other fish amid the plants and rays of sunlight working their way down to the lake shallows. Out of water and laid  bare on the silver foil, they translated  all that nature could produce in exquisite beauty flush with life for my young eyes.

Moreover, just to prove they were still part of life and not quite done with it, as if almost on cue, several started wildly flipping high in the air, frustrating my father. One nearly evened the score for being caught and delivered what could best be characterized as a bluegill version of a right jab to my dad’s chin and cheek.

Though I hadn’t been invited to the water that day to cast a line, as my brother, dad and I doubled over in laughter, it was already proven to me that fishing was good fun.

Perhaps because of its accessibility, or the low skill level needed at first, fishing in our streams, fantastic lakes and ponds or great Wisconsin rivers is all at once a modicum of youth, a modest rite of passage, a pastime for generations of Wisconsinites and a huge draw for folks who come here to visit our outdoors.

The history of fishing in Wisconsin goes back as far as people have been here, with fishing easily being the state’s longest-running outdoor pursuit.

The original native peoples used it as a food source and in some parts of the state still do. For the European settlers, the immense fish stocks in our rivers and streams were a major boon.

I think one of the reasons our love for fishing endures, aside from the abundance of opportunities given by our many waterways and lakes, is that the barrier to entry is so low.

When I was a kid, we fished off the pier of our rented summer cottage. Though there were more kids than poles, we had plenty of line, bobbers, hooks and worms, so a couple of tree branches worked fine. The fish didn’t have an opinion either way.

Though it is true you can fish all  year in Wisconsin in some form or another, for me summer is the quintessential time. This year, fishing offers another benefit — it is perhaps the most enjoyable sort of outdoors social distancing.

As countless an angler knows, the state’s traditional season opener is the first Saturday in May. Just before the season begins, I like to re-read the Hook and Line Record on the DNR website: dnr.wi.gov/topic/fishing/ recordfish/hookline.html.

It seems human nature that with each catch the fish grows bigger, the reeling in more momentous, the story that much more compelling after the fact. The Hook and Line Record sets the whopper straight. And for anyone  who has fished, it is both humbling  and awe inspiring.

Each year, I home in on the 51-pound, 3-ounce tiger muskellunge caught in 1919 in Vilas County’s Lac Vieux Desert and the 38-pound northern pike caught in Lake Puckaway in 1952. I check to make sure they still stand as the record, and I hope those records never fade. For the folks who caught them and their family and friends, they are stories for the ages.

One of my most cherished fishing stories was the day I didn’t catch a thing.

On a summer night when I was about 13 or 14, amid a family gathering of cards, burgers, sweet corn and laughter, my brother-in-law Joe asked if I wanted to go fishing with him the next morning. He is the unequivocal sportsman of the family, and it was without question I could learn a few things from him.

Undaunted by the challenge of how early my teen self had to get up, I rose nonetheless and rode along, albeit a bit bleary eyed. Once out on his small boat, we skimmed the glass of the lake, trying a few spots where his instincts and experience told him to still the motor and cast.

Cove by weed thicket, we had no luck. But in the long silences, with nothing but the wild world around us and the sound of our rods casting out and reeling in, I found something more than success on the end of a line.

I found the beauty of reaching into a world you are part of but not from and hoping to bring up something magical.

There’s the thrill of the catch, sure, but there is something else. When you fish one of Wisconsin’s rivers or streams, lakes or ponds, you reach into a part of nature you can’t touch with just your hands, but you can feel through the rod, reel, bait and water.

The noise of life fades away, and we listen and know in a more subtle and central way. Wisconsin offers that in abundance, and at times like these, we could use that centering more and more.

Here’s my trout recipe if you are grilling. The seasonings are important, but really the fish and the fire do all the work to make it delicious.

•  Preheat an outdoor grill for high heat and lightly oil the grate, or get your fire going and pile a good set of glowing coals into the center of your grill.

•  Rub each trout generously with olive oil and sprinkle with sea salt. Sprinkle inside of the fish with salt and black pepper, plus paprika if you are using it. Place half the lemon and onion slices into the cavity of each trout, along with the garlic. Finally, place any herbs inside the trout as well.

•  Place the fish out to the side of your coals. If grilling with gas, turn the heat to medium before placing the trout. Fish, like a steak, should only be flipped once. About six or seven minutes per side should do it. Enjoy!