Look for and Report these Nine Invasive Species

Most of these are “prohibited” species under the state’s invasive species rule (ch. NR 40, Wis. Adm. Code). “Restricted” invasive species are already established in the state and cause or have the potential to cause significant environmental or economic harm or harm to human health.

It is illegal to sell, transfer or transport both groups, and prohibited species must be controlled. Report invasive plants and animals to invasive.species@wisconsin.gov. 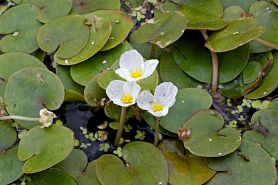 Regulated status: Prohibited. Not observed in Wisconsin but widespread in Michigan.

Impacts: Forms dense mats on areas of slow-moving water along lakes, rivers, streams and swamps and can impede boat traffic and alter habitat and even reduce oxygen and light. 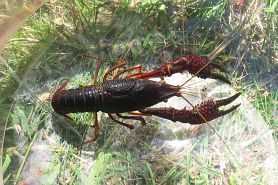 Regulated status: Prohibited. Population was removed from southeastern Wisconsin ponds in 2009. A release reported in summer 2019 near Sauk City is believed to have been eradicated.

Impacts: Feed on aquatic plants, snails, insects and fish and amphibian eggs and young. Have been found to reduce amphibian populations in California and Spain through direct predation and competition for habitat.

Identification: About 2 to 5 inches long and dark red with raised bright red spots covering the body and claws and a black wedge-shaped stripe on top of the abdomen. Occasionally, a genetic mutation may turn the body and/or claws blue. 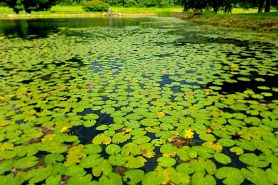 Regulated status: Prohibited. Has been found in nine ponds and one lake in Wisconsin.

Impacts: Grows in dense patches on waterbodies and wetlands, excluding native species and even creating stagnant areas with low oxygen levels underneath the floating mats. Makes recreational activities like fishing, water skiing, swimming and canoeing difficult, if not impossible.

Identification: Long-stalked, heart-shaped leaves with wavy margins and a purplish underside, and bright yellow flowers that have distinct fringed edges. It has thick clusters of roots below the sediment. 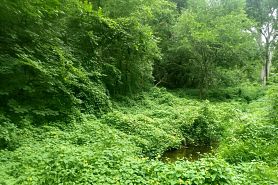 Regulated status: Watch/early detection. It has been found along the Big Green River in Grant County as well as in Waukesha County, Polk County and downtown Madison. 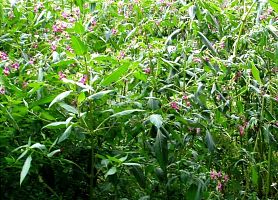 Identification: Thick, hollow stems with a reddish color and swollen nodes, growing rapidly as high as
8 to10 feet tall. Large white, pink and purple spurred flowers resembling an English policeman’s helmet. Leaves are large, simple and toothed, with a pointed tip, and are often opposite or whorled in groups of three. 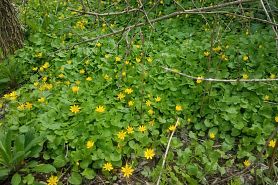 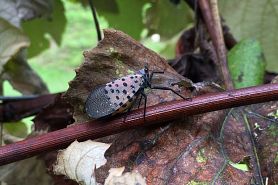 Impacts: Adults feed on grapevines and tree of heaven, and nymphs feed on grapes, hops and a variety of fruit, hardwood and pine trees. They use sucking mouth parts to drink sap, which can cause plants to die. Honeydew excreted by the insects also can be a nuisance.

Special reporting information: Because of its potential threat to agriculture, this species is monitored by the Wisconsin Department of Agriculture, Trade and Consumer Protection. Report findings to DATCP at 866-440-7523 or DATCPPestHotline@wi.gov. 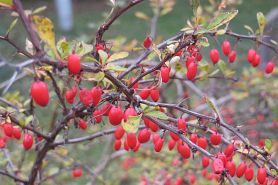 Regulated status: Restricted. Widespread in many regions of Wisconsin, Japanese barberry and 25 of its cultivars and varieties are regulated in the state.

Impacts: Invades a wide variety of habitats and can form dense stands that shade out and displace native species. Research has shown it increases the abundance of ticks carrying Lyme disease.

Identification: Dense, spiny shrub usually 2 to 4 feet tall. Small alternate oval leaves may have small bright red fruits and turn reddish brown in fall. It has creeping roots and low branches that root when they touch the ground. 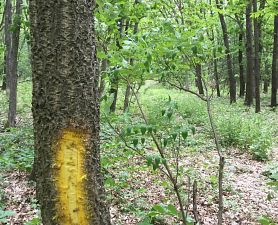 Impacts: Produces dense stands of trees, suppressing regeneration of native trees and displacing native shrub and plant layers. Plant releases chemical compounds into the soil, and these chemicals may suppress or even kill neighboring plants.

Identification: Grows 35 to 50 feet high with a spread nearly as wide. Corky or spongy outer bark. Cutting into the bark reveals bright yellow inner bark. Opposite pinnately compound leaves smell somewhat of citrus when crushed and are dark green, turning yellow in fall. Female trees produce clusters of pea-size black fruits that are dispersed by birds.