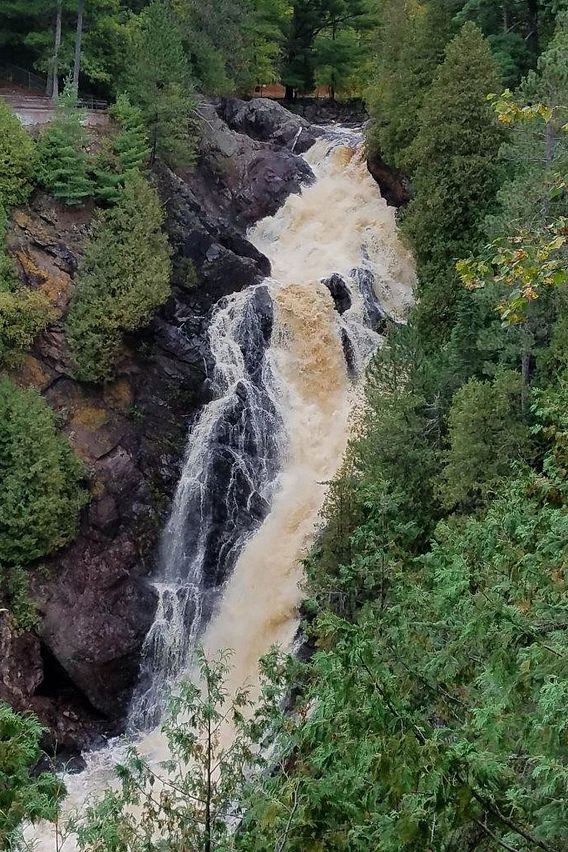 Had it not been for Martin Pattison, the fourth highest waterfall east of the Rocky Mountains might have ended up underwater.

When Pattison learned of a plan to build a power dam on the Black River in 1917 that would have destroyed Big Manitou Falls, he secretly purchased 660 acres along the river from a number of landowners.

Pattison then donated the property to the State of Wisconsin and, with his generosity, permanently protected the waterfall that had attracted people for centuries. With this donation, Wisconsin dedicated its sixth state park on Jan. 20, 1920.

One hundred years later, the Department of Natural Resources and the Friends of Pattison and Amnicon Falls State Parks will celebrate the centennial of Pattison State Park with events throughout the year.

Over millions of years, geological forces, miners, lumberjacks, the Civilian Conservation Corps and the Wisconsin State Park System have shaped Pattison State Park into what it is today: a place of natural beauty where people from around the world can come for relaxation, fun and learning.

From 500 A.D. to the arrival of the first Europeans, Woodland Native Americans (Ojibwa) hunted the forests and fished the Black River. They quarried for quartz at Big Manitou Falls and made knives, spear points and other tools.

The first record of copper exploration in northwestern Wisconsin was below Big Manitou Falls and the Copper Creek section of the park in the years 1845-47. Due to lack of mining skills, difficult transportation and limited success, the work was abandoned. Shallow mine shafts can still be seen at the base of both Big and Little Manitou Falls.

Martin Pattison was an early lumber man and miner. In 1879, his logging company moved to Superior, and his company established a camp on the Black River upstream of Little Manitou Falls, from which they logged for three years.

Pattison sold his lumber interests and began exploring for iron ore on the Vermilion Range in Minnesota. His success there made him a wealthy man and he became one of the largest individual holders of iron lands in Minnesota.

In Superior, Pattison purchased an entire city block on the harbor and built a 42-room Victorian mansion, now known as Fairlawn Mansion and Museum. The house is open daily and is well worth a visit. 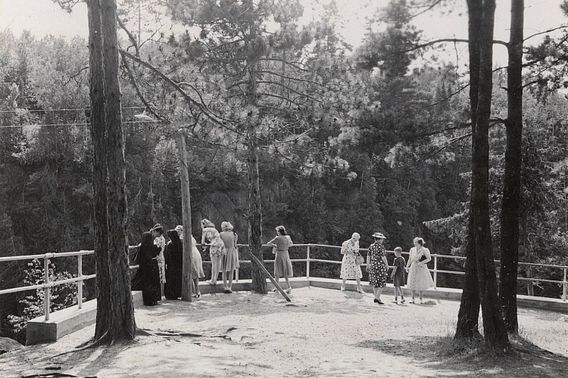 When Pattison learned of the plan to build a hydroelectric dam on the Black River that would have destroyed the 165-foot-high Big Manitou Falls, he purchased the land around it with the intention of donating it for a park.

“In being able to grant this site to the public, I have accomplished one of my chief ambitions,” Pattison said. “For years, I have spent much time amid the surrounding of the falls and have received so much enjoyment there that it gradually became a part of my life.”

Fifteen years after Pattison became a state park, work began to transform the landscape into what is now the main park area. The Civilian Conservation Corps was instrumental in these efforts.

President Franklin D. Roosevelt had developed the CCC as part of his New Deal plan to provide relief from the Great Depression. Young, single, unemployed men were put to work on conservation projects around the country. 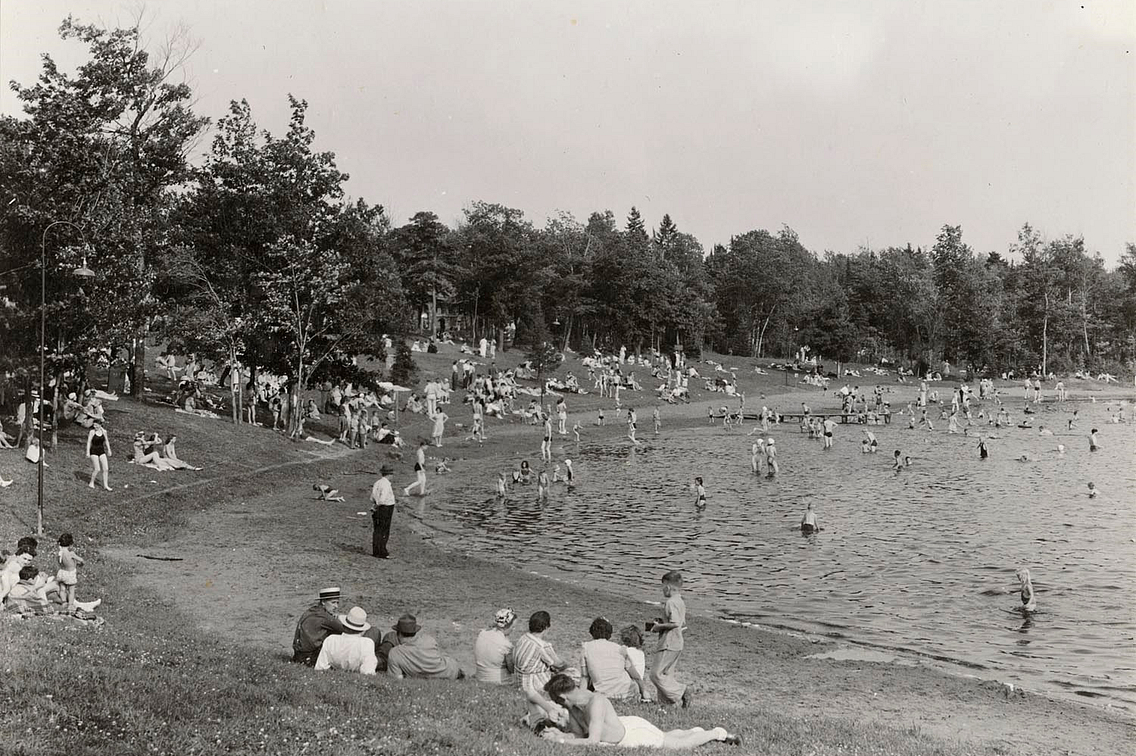 On July 25, 1935, Camp Pattison Co. 3663 of the CCC was established at what is now the Little Manitou Falls picnic area. For the next seven years, thousands of men labored to install sewer and water systems, plant trees and complete other landscaping.

One of the most ambitious projects was draining Interfalls Lake, rerouting the river channel and hauling sand from Lake Superior’s shore to make the beach. CCC workers also constructed the park’s shelter building, bath house and a former office building.

In June 2018, record-setting rains in northwest Wisconsin dropped anywhere from 7 to 12 inches over a four-day stretch. The flooding that resulted washed out the dam that formed Interfalls Lake in the park and closed the section of Highway 35 that went over the dam. Flooding also caused extensive damage to roads, trails and other facilities in the park.

A temporary repair of the dam
allowed Interfalls Lake to refill in July 2019. Most trails and roads have been repaired; however, the Beaver and Little Manitou Falls trails remain closed due to extensive damage.

This summer, the Wisconsin State Park System will undertake a $1 million project for trail restoration and more permanent repairs to the dam as well.  The next few years will bring investments in shower building replacement and upgrades to the CCC buildings as part of continued contributions to the development of this historic park.

The Friends of Pattison and Amnicon Falls State Parks will host several events this year as part of Pattison’s centennial celebration. The Friends Group also plans a fundraiser to enable visitors and area businesses to contribute to the development of a centennial gazebo overlooking the lake and a future accessible rustic cabin in the campground.