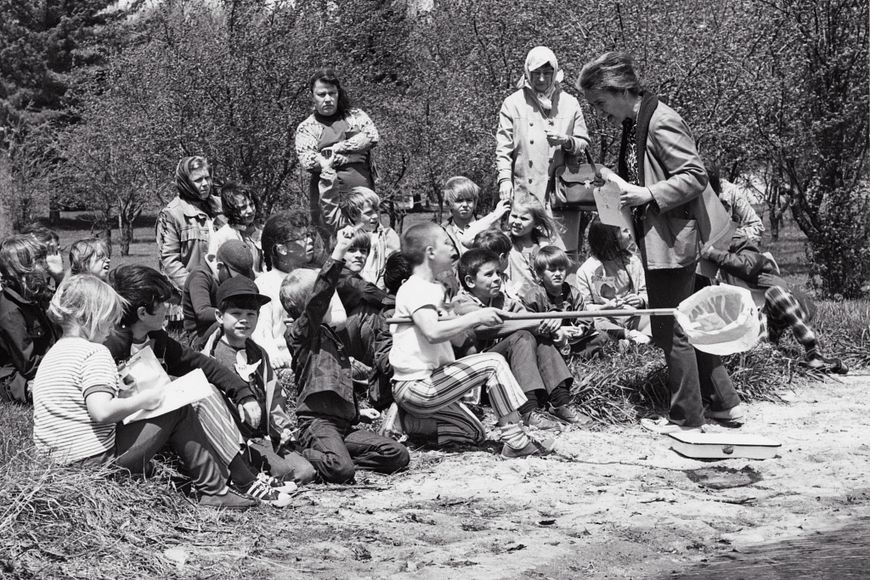 The first Earth Day was conceived in 1970 as a “national teach-in on the environment,” as founder Gaylord Nelson described it, which recognized the importance of education in protecting the planet.

In the January/February 1970 Bulletin, a “Conservation Update” tutors readers on “strange words and ideas” cropping up in discussions about the environment. Biosphere, biomes, habitats, ecosystem — these words and more are explained in simple terms.

The article is excerpted here, with the original illustration by Kenneth Flee, who was publications editor for DNR's Bureau of Information and Education at the time.

It’s a glimpse of 50 years ago that remains remarkably current today, especially if the references to “man” are accepted in their decades-old context — meaning applicable to all of us.

Strange words and ideas are showing up in conservation literature. some terms are absent from most dictionaries. others have taken on precise technical meanings that would make old noah webster snort in disagreement!

Has “old school” conservation fallen hopelessly out of date? Have the old dear phrases lost their relevancy in the space age? Has technology brushed aside the need for conservation?

No, the game is still the same, but the names have been changed. The old problems have not fallen by the wayside, but new and monstrous ones have been added. In a generation when man has risen into space, he is suddenly aware that his spaceship, the Earth, is tainted.

Yes, conservation is needed as never before and has even bigger shoes to fill. The old conservation is not superseded — it needs expansion. It has to be extended to the whole world including man himself.

To keep up with this worldwide intensification of conservation problems, conservationists have to get hep to the new language.

Let’s start out real big with Biota and Biosphere. Biota is the grand sum of all life and life processes in a region or on the Earth itself. Location of the Biota is in the Biosphere, the living skin of the Earth.

It is more than just the familiar pine trees, rabbits, trout, mosquitoes and algae. It is more than just what man is interested in, and includes man himself. Man is an inseparable part of this life and its processes. The Biosphere is all life as we know it.

The wide range of organisms in the Biota is known as Diversity, and it carries over into subdivisions of the Biota, or communities. A high degree of Diversity is usually of benefit to the community as it maintains stability. There is a complex network of interactions between the members that gives and stretches rather than breaks.

Many adversities brought about by man tend to eliminate species, which reduces this Diversity in plant and animal communities. The conservationist of today seeks to avoid such catastrophic damage to the Biosphere.

Another widely used term is Environment. This one has many connotations, but to the conservationist it is the total of all the natural conditions that impinge on some portion of the Biosphere — atmosphere, sunlight, moisture, soil conditions, or what have you. Sometimes Environments are described by such terms as desert, woodland, marine or freshwater.

The Biota in association with such major Environments are called Biomes. Even more restricted Environments may be recognized such as tidewater pools, islands, inland lakes or mountains.

In human terms, Environments are sometimes labeled as urban, rural or wilderness. “Protection of the environment” primarily relates to prevention of air, land and water pollution and control of shorelands and solid waste disposal.

Habitats, of course, comprise various combinations of portions within the Environment occupied by particular species. It is “home,” the place where the organism finds basic needs. Different seasons or stages of life may find the organism shifting to different Habitats. 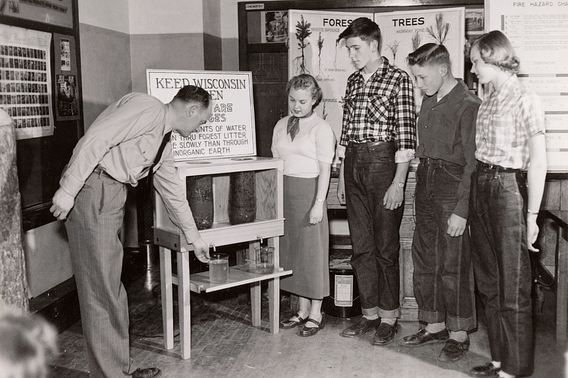 Another term often used in the popular press is Ecology. It can generally be called the total relationships of organisms to their Environment. It has become fashionable to speak of “preserving the ecology” of an area. This is shorthand for conserving living natural resources.

Another modern word is a combination of Ecology and System to give Ecosystem. The second part of the word should be clear enough. When combined with Eco, we come up with groupings of organisms and the environmental factors they share in common, thus forming a community functioning as a system.

Such terminology puts the ecologist right into the forefront of modern investigational techniques and analysis. For example, the Ecosystem, since it is a system, can be subjected to so-called Systems Analysis, modern jargon referring to use of flow charts and models with mathematical relationships.

Models can be used not only for analysis, but also to study simulated conditions. The ecologist has to use many kinds of models because he has the whole living world to deal with.

Ecologists and environmentalists with these highly developed models in hand are then able to look ahead on how man’s further activities can be expected to affect our living world, the Biosphere.

Here’s hoping this little introduction helps you talk the language!