Story by Molly Meister and photos by Fred and Renee Hable 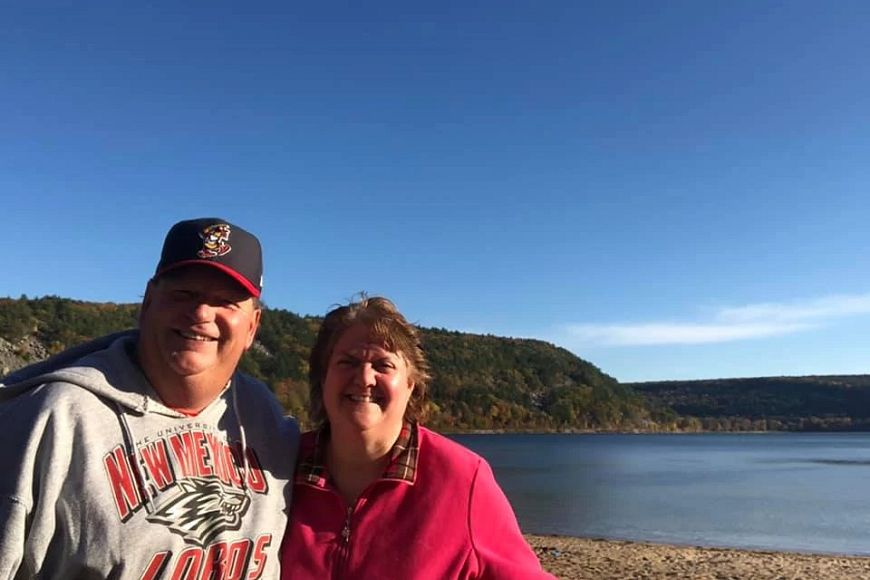 Last year was gearing up to be another exciting travel year for Madison residents Renee and Fred Hable.

Renee had just retired in early February following a 30-year career with Avon, and Fred, a special education teacher for the Madison School District, was halfway through the academic year.  The couple had three big out-of-state trips booked in March and April: a girls’ trip to South Carolina, a guys’ golf outing in Houston and a trip to Nashville to drive the Natchez Trace Parkway.

As Badger football season ticket holders, they also were looking forward to flying to several away games in the fall. Then COVID-19 hit.

“When you decide to go on vacation and spend six months preparing for it, requesting tourism information and plotting out where you’re going to go and what you’re going to do, the anticipation and preparation is so much fun,” Renee said. “Then suddenly it was just gone.”

They both had birthdays in March, and they wanted to take at least a short day trip or two to celebrate. So they decided to give a couple of nearby state parks a try.

They quickly learned there were tons of places to explore in their home state.

“The first place we went was Holy Hill in Washington County, and we thought the basilica and scenery were really beautiful,”  Renee recalled. “Soon after, we went to Governor Dodge State Park and saw Stephen’s Falls, which we didn’t even know was just 30 miles from our house.

“We’re not big outdoors people or anything — we’re not big campers or hikers, nor are we super health conscious. We were just looking for short trails where we could walk out a little way and see cool things. That’s how we got started.”

Renee has a college degree in tourism and hospitality and has been interested in tourism her whole life. Naturally, she picked up a guidebook — from the Wisconsin Department of Tourism — that lists the locations and descriptions of all 49 state parks.

Soon, with out-of-state travel postponed indefinitely, the guide became the 2020 bucket list for her and Fred.

Between March 20 and Oct. 13, the Hables checked off each state park on the list — all except Rock Island in Door County, which remains closed due to its small size and COVID-19 social distancing restrictions.

“Instead of taking five-plus big trips this year, we did 48 little ones,” Renee said. “They may not have taken as much planning as a big seven- or eight-day getaway, but it was still fun, and it happened more often because we were doing it all the time.”

Along the way, Renee kept a digital journal of all their excursions, not only to remind herself of the memories they were making but also to capture how COVID-19 was affecting local tourism and the economy, in her view.

Following are a few entries excerpted from Renee’s diary that offer a sense of what she and Fred experienced in 2020.

This week is technically Fred’s new spring break, so we have to find a few fun things to do. Loving Governor Dodge State Park last week, we decided to pick another one, so today it’s Blue Mound. Only 18 miles from our house, this is the highest point in southern Wisconsin with the unique feature of two towers that overlook the Native American “mounds” in this area.

It’s no April Fool’s that we’re supposed to be having BBQ in Memphis right now and we’re not. But we’re really starting to get into this state park thing, and the Travel Wisconsin visitor’s guide to the Wisconsin State Park System has become my COVID-19 bucket list.

Today’s trek is to Lake Kegonsa State Park. Ironically, we lived in Stoughton for four years and still had never been to this park. Just goes to show you how slowing down can change your perspective — even if it’s a forced slow-down. With both of us being Pisces, of course we’re intrigued by anything water-related. 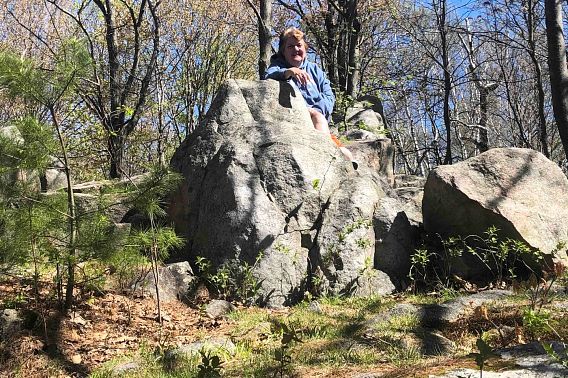 On the way home from Mercer, we stopped at Rib Mountain State Park in Wausau. What an amazing cluster of rock structures. As one of the highest points in Wisconsin, there was even still some snow on the ground.

Brunet Island State Park was inspiring! As we walked along the Lakeside Trail, Fred stopped so quickly, I almost ran into him — a doe was sitting on the ground 10 yards off the trail. She let us take several pictures of her. At a fishing pier, a great blue heron spent quite a while hunting on the opposite side of the small bay.

After a fun weekend in Mercer with my family and Fred’s brother, sister and nephew, we headed up to Copper Falls State Park near Mellen. I continue to feel sad that I grew up less than one hour from this park and never took the time to visit. I’m running out of adjectives to describe the natural beauty we have seen in Wisconsin.

Today, we hit the other La Crosse area state park, Perrot State Park. The primary features here are the amazing view of the Mississippi from above. We took the West Brady Trail to the top of Brady’s Bluff. We lucked out with the most beautiful weather day so far this year to hike the 664 stair steps to the top ... yikes! The CCC created the trail back in the 1940s and used multiple methods including natural stones, packed tree roots, wooden and rock stairs. 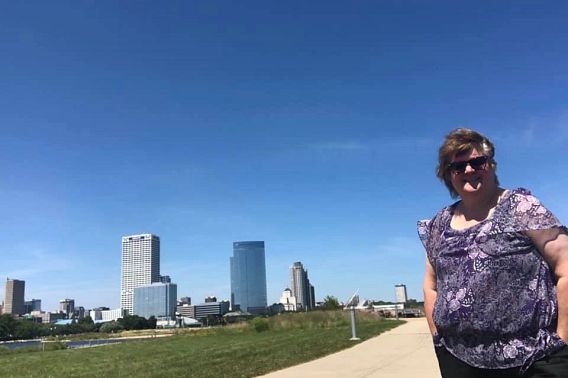 Because the Wisconsin State Fair was canceled, organizers put together a very clever “drive-thru” experience that I had to do! I drove over to West Allis and got in line at State Fair Park on the Milwaukee Mile race track to go through a fair food pickup course. After two hours and $142, I had ribs, cheese curds, a Bavarian Beast pretzel, a caramel apple, deep-fried Oreos, cream puffs and more!

After I picked up the fair treats, I headed over to Lakeshore State Park, on the Lake Michigan shore in front of the Summerfest grounds, to eat lunch. What’s unique about this state park is its urban location that can most easily be defined by photos taken from the #ScenicWisconsin selfie stand.

Boo-hoo. I guess we didn’t understand the full extent of what could happen during COVID until now. We are supposed to be in Arkansas this weekend for the season opener football game between Nevada and Arkansas. Instead, we went to Mercer and hung out with my family and the wildlife. We captured an awesome video of a young deer, just losing his spots, playing with a flock of geese near the Turtle-Flambeau Scenic Waters Area.

It’s a beautiful sunny day, so we decided to head to Devil’s Lake State Park. This is
the last stop on our state park COVID bucket list. We have been to Devil’s Lake in the past, but certainly not with the sense of awe and wonder we’ve developed this year, having been at all the other parks. Truly breathtaking! We got about halfway up the Balanced Rock Trail — completely spectacular!

Molly Meister is a public information officer in the DNR’s Office of Communications.