10 things that happen when a lake ecosystem springs to life 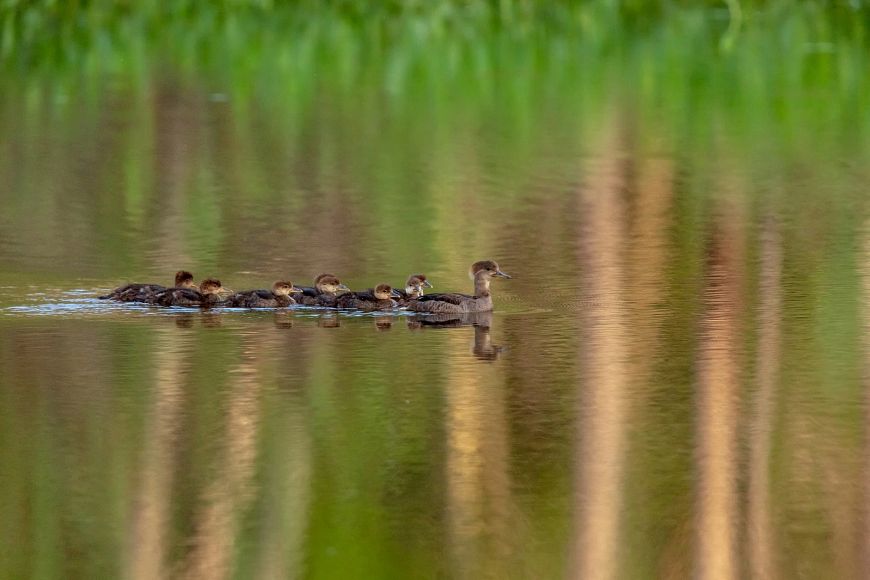 LINDA FRESHWATERS ARNDTAs lakes awaken from winter's ice, life bursts forth with a fresh oxygen supply. This hooded merganser hen will teach her brood to dive for aquatic insects, crayfish and small fish.

Your lake has spent the winter locked up under ice, essentially a closed container.

Still, it remains a living system, and with the onset of spring comes a season of abundance. Look closely and you can watch life burst forth — under the water, on the surface, along the shoreline and even in the air above.

Here are 10 things to know about your lake as it makes the transition from winter to summer.

ICE MELTS FROM THE BOTTOM UP

As winter loses its grip, the warm air is not the main thing that makes the ice go away. As the snow disappears, the sun’s rays can penetrate the ice, warming the lake bottom, which in turn pumps heat into the water.

The sun also warms areas of open water near shore. This warm water is what does the trick, melting the ice from the underside.

YOUR LAKE TAKES A DEEP BREATH

As winter progresses, much of the oxygen dissolved in the water is slowly used up by fish and other creatures, and by dead algae and plant matter decomposing. When the ice leaves, the wind stirs the surface water and mixes in oxygen from the air. Soon, the entire lake is recharged with a fresh oxygen supply.

Lake ice is not a monolithic structure. It’s composed of hexagonal crystals, somewhat like the cells in a beehive’s honeycomb, aligned vertically top to bottom and packed closely together.

As the thaw begins, these crystals begin to separate into loosely connected “candles.” In this condition, the ice is extremely unsafe — a foot or more of candled ice may not support a person walking.

Candled ice is musical. If you were to find a thick sheet of such ice driven by wind onto shore and tap at it, crystals would tumble off, making a soothing sound a bit like wind chimes. 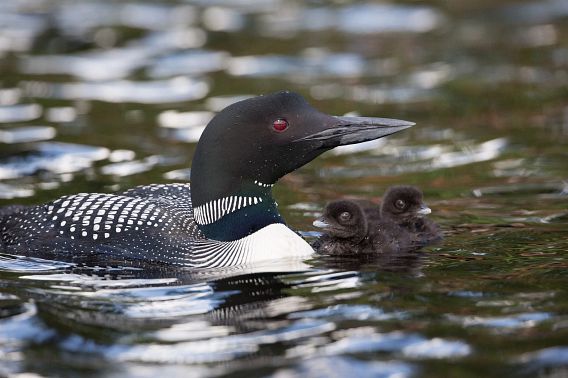 Almost as soon as the lake opens, the loons are back, plying the water and calling out for what surely must be joy. They’ll be scouting the shoreline for places to nest; males will battle for mating supremacy.

If you don’t live in the North, or even if you do, you can watch a succession of waterfowl stopping by on their migration from the South: mergansers, canvasbacks, pintails, buffleheads, grebes and others.

Most aquatic plants are perennials — they die back in winter and emerge again as the water warms. In many species, new growth pops up from rhizomes, which are thick, fleshy structures buried in the sediment.

Plants can also spread from seeds and from turions, sometimes called winter buds. Turions grow at the stem tips of plants and fall to the lake bottom when part of the stem breaks off or when the plant dies and sinks. They lie dormant through the winter, and new plants sprout in spring.

Some plants, including large-leaf pondweed (cabbage weed), coontail, bladderworts and milfoils, can sprout from plant fragments that break loose, take root and grow.

Walleyes deposit their eggs during the nights soon after ice-out. Yellow perch are close behind, discharging jelly-like egg strands that hang from sunken branches or other objects. 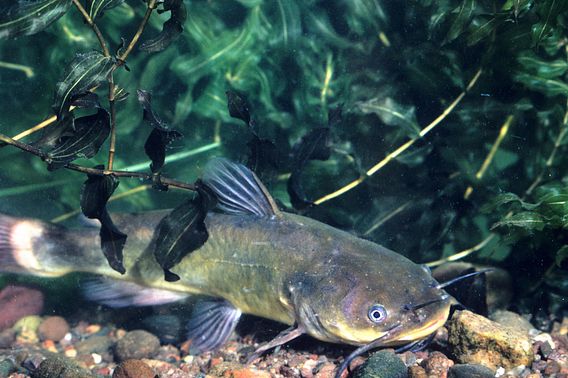 DNR FILESBullheads are the most attentive of fish parents.

Among fish SPECIES, there are two kinds of parents

Some fish simply scatter (broadcast) their eggs and depart, leaving the newly hatched fry to fend for themselves. Others build nests and deposit the eggs there. The males then guard the nest for a time against predators.

Broadcasters lay more eggs than nesters, because the survival odds of their unprotected offspring are worse. For example, a female walleye (broadcaster) may deposit more than 100,000 eggs, while a smallmouth bass (nester) may deposit up to 14,000.

Northern pike and muskies are broadcasters; panfish are nesters.

Bullheads are the most attentive parents. Both the male and female defend the nest before the eggs hatch. The young travel in schools, and the male stays with them until they’re about an inch long, herding strays and stragglers back into the group.

Midges and mayflies appear over the water in the evening or at night in their mating rituals. Both spend most of their lifecycles underwater.

Midge larvae hatch from eggs and bury themselves in the bottom sediment. After a pupa stage, they emerge as adults and mate.

Mayfly larvae live on the lake bottom and go through various molting stages, emerging as winged subimagoes, which fly to nearby plants or trees along the shoreline. There, they molt again into adults (imagoes) that fly out over the water in a mating swarm.

The females deposit their eggs in the water, and the cycle begins anew. Adult midges and mayflies do not eat and after mating soon die.

Both species tend to indicate good water quality. They are also important food sources for fish.

The food web’s foundation is provided by algae

Lake water is clearest after ice-out because the tiny algae that float in the water largely vanish in winter. With spring comes a resurgence.

The first to proliferate are diatoms, beautifully symmetrical with cell walls containing silica. They can give the water a brownish cast. As spring progresses, they sink to the bottom and die, and various forms of green algae take over.

The algae are the lake’s primary food producers. They use the energy of sunlight to produce sugar and are then eaten by newly hatched fish and other small water-dwelling creatures. The food chain proceeds up to large predator fish.

So the walleyes we catch for dinner owe their existence to the algae — and, ultimately, to the sun. 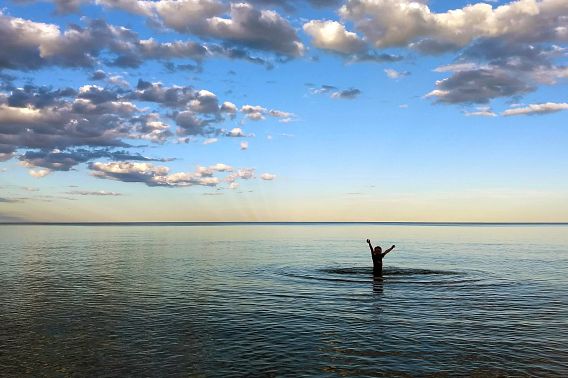 Your lake is not a uniform pool of water. As spring moves toward summer and the water gets warmer, the lake forms layers.

This happens for a simple physical reason: A less-dense liquid will float on a more-dense one. As sunlight pumps heat into the lake, the surface water gets warmer, and the deep water stays cold.

So in summer, unless your lake is very shallow, it has a layer of warm water floating on a layer of denser colder water. Between those layers there’s a zone, called the thermocline, where the temperature changes rapidly.

It’s easy to experience the thermocline. While swimming, get out where the water is fairly deep. The surface water will be reasonably warm. Now, do a feet-first surface dive. With an upstroke of your arms, propel yourself down.

Soon, your feet will feel a sudden cooling. That means you’ve hit the thermocline. Once these layers form — a condition called thermal stratification — the lake is set up for summer.

Until then, springtime on your lake is a season bursting with life. It’s perhaps the best time of year to observe and enjoy the wonders of lake ecosystems.