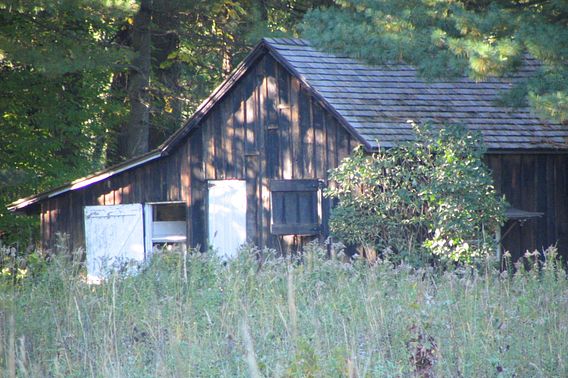 All of the books in the tallest stack in my bookcase have a single name in common: Aldo Leopold.

Some were written by him, others about him. The seminal biography of Leopold by Curt Meine is there. So are some pretty technical tomes on managing wildlife.

A greater number than most people would think prudent are various editions of  “A Sand County Almanac,” Leopold’s conservation classic first published in 1949. Recently, that stack got just a little taller with the addition of a special Earth Day 50th anniversary version available through the Aldo Leopold Foundation in Baraboo.

Leopold’s essays combine a deep and searching knowledge of the workings of nature with a poetic and endearing writing style. This is the one book everyone who cares about and seeks to understand nature should have in their own bookcase.

If you are from Wisconsin and like the outdoors, you are remiss if you don’t have it. The 2020 edition is your chance. “A Sand County Almanac” is a book to be read — to savor, really — many times.

Read “Thinking Like a Mountain,” a moving description from a wolf hunt participated in by Leopold. We can imagine the moment he watched the “green fire” drain from the mother wolf as being the spark that led to his understanding of our place in all of this — the land ethic.

This book is the perfect read following the 50th anniversary of Earth Day earlier this year.

For me, the “Almanac” plays like something resembling a “best of” reel. The descriptions in Leopold’s essays linger in the back of my mind and come forward when a relevant situation presents itself.

Cutting firewood, my mind shouts, “Rest, cried the chief sawyer,” as “Good Oak” is conjured up from my memory.  The brilliant concept of this essay is a saw cutting through natural history one tree growth ring at a time, with Leopold’s knowledge able to fill in the events of those life rings.

Last spring, when a combination of snow melt and heavy rains pushed our little creek barely over the driveway, my mind filled with visions of  “Come High Water.” Leopold’s clearly jubilant essay retells how the rising Wisconsin River prevented him from leaving The Shack, his Baraboo retreat on the river, to return to teaching at UW-Madison.

Standing in our yard and hearing the honking of geese, the gargling of tundra swans or the squawk of sandhill cranes, I listen and then have to grab the “Almanac” to read “The Geese Return.” I am warned once again by Leopold not to be like the educated woman who had never noticed the
V-shapes of geese passing over her head twice a year.

Each of his stories is my favorite, all for different reasons. More than 70 years after it was first published, “A Sand County Almanac” is worth having, still serving us with its wisdom.

You need this book, or you need it again.

David Horst is a former nature columnist who now does environmental grantmaking for a Fox Valley nonprofit.

ABOUT THE BOOK
Published posthumously a year after Aldo Leopold’s death in 1948, “A Sand County Almanac” achieved prominence around the first Earth Day in 1970 and has enjoyed enduring success, selling several million copies and translated into 14 languages. Through science, history and humor, Leopold uses “A Sand County Almanac” and its call for a land ethic to communicate the true connection between people and the natural world. Reborn for Earth Day at 50, the 2020 edition of this timeless writing greets a new generation of readers with an introduction by author and conservationist Barbara Kingsolver. Find a copy, $15.95, through the Aldo Leopold Foundation [EXIT DNR] website.