Story and photos by Thomas Meyer 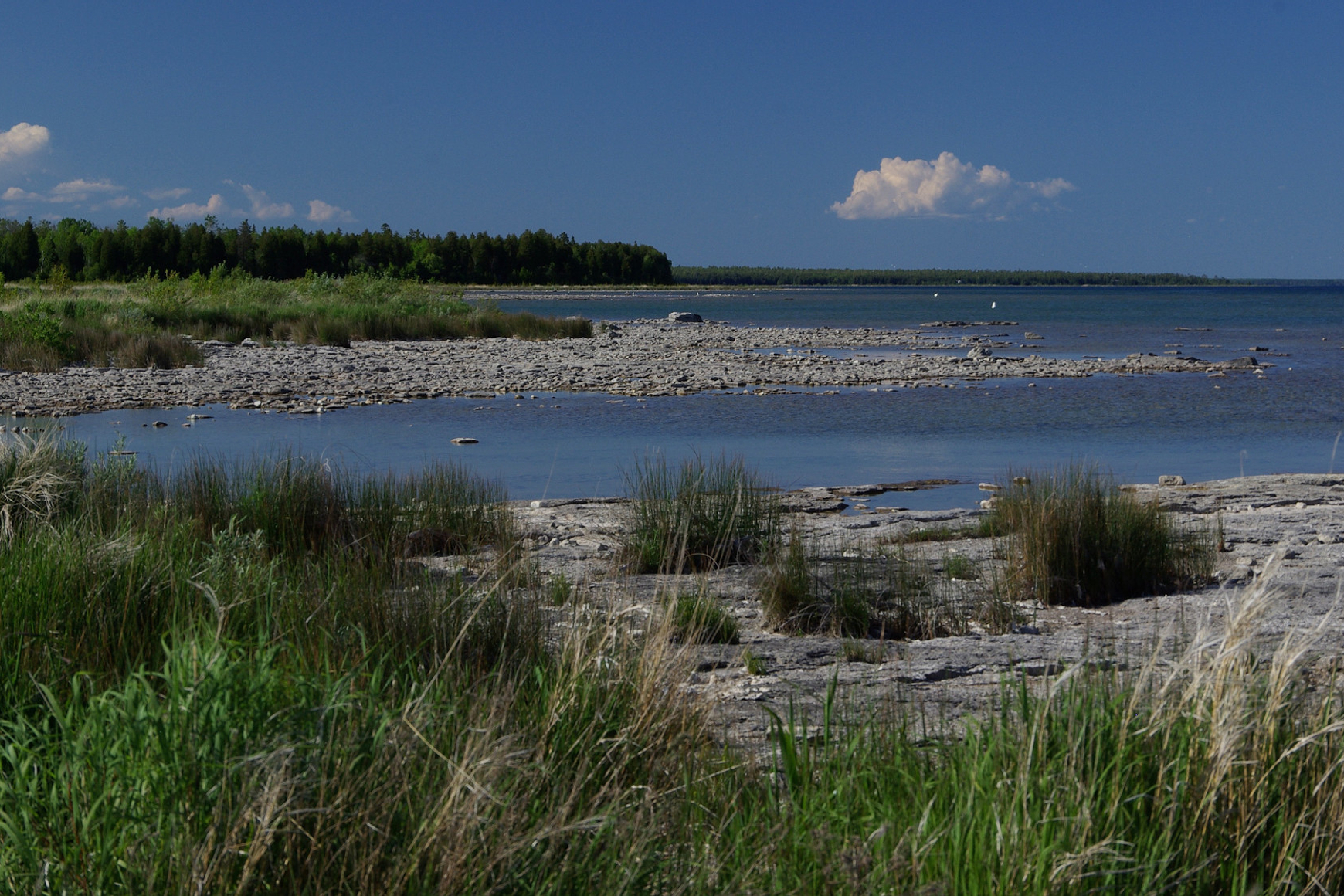 Rolling banks of fog, heavy lake-effect snowfalls, cool and soggy summers — these weather conditions nurture a rare and unusual moss-cloaked type of conifer forest found on the east coast of the Door Peninsula.

The boreal forest ecosystem barely dips into our state; it's a circumpolar plant community dominating broad swaths of Canada, Alaska, Russia and the Nordic countries. Named after Boreas, the Greek god of the north wind, boreal forest in Wisconsin is restricted to a narrow band along Lake Superior, the eastern side of the Door Peninsula and a few inland sites in the northwest corner of the state.

Though once more widespread, land-use changes and shoreline development have reduced the extent of this ecosystem to just a few areas. One of the best remaining is protected by the DNR as the Baileys Harbor Boreal Forest State Natural Area.

Hugging the Lake Michigan shoreline about 3 miles north of the hamlet of Baileys Harbor, the preserve invites nature lovers to explore its nearly 850 acres of forest, swamp, wetland and beach habitats. The natural area's rugged and rocky undeveloped coastline stretches 1½ miles and affords hikers and paddlers solitude, sweeping vistas of Lake Michigan and a quiet place to watch a sunrise.

Beneath the dense tree canopy, the dim forest floor supports a carpet of wildflowers, sedges and fungi. Thimbleberry, a delicious red-fruited relative of raspberry, often forms large patches on forest edges and in canopy gaps while elsewhere, thick beds of red-stemmed feathermoss, lichens, ferns and clubmosses create a luxurious mat of vegetation.

Nearly every surface in the boreal forest, be it rock, soil or log, wears a mantle of green.

Come prepared to be dazzled by the diversity of native plants and animals, sounds and smells, textures and colors. Bring binoculars and hand lens, field guides and cameras.

Birders will especially enjoy discovering the variety of songbirds, waterfowl, shorebirds and raptors harbored by the preserve, one of Wisconsin's 91 "Important Bird Areas" recognized by the National Audubon Society. Its size, strategic location and protected wetlands and uplands make it one of the most significant migratory bird stopover areas on the western shore of Lake Michigan.

This is a hotspot for warblers — at least 17 species breed here, including Canada, mourning, Blackburnian, magnolia and northern parula warblers. Also search the conifer forests for yellow-bellied flycatcher, blue-headed vireo and a small falcon called a merlin, all species of the north found here at their southernmost ranges in Wisconsin.

Near the shoreline, watch for bald eagles and osprey cruising the water's edge as they hunt for fish with Caspian and common terns, slender gull-like birds with forked tails, narrow wings and black caps. The natural area is also one of the few known nesting sites in Wisconsin for the common goldeneye, a diving duck that nests in forest tree cavities.

With Lake Michigan's water level now approaching record highs — after setting an all-time low less than seven years ago — the nearshore wetlands that normally form a broad fringe along part of the natural area's coastline are currently swamped. When the levels drop again, shallow and deep-water marshes dominated by hard-stemmed bulrushes will return to provide additional habitat for wetland birds, bats and spawning fish.

These open wetlands are also the places where damselflies and dragonflies skim the air for insects. Among the odonate species found here is the federally endangered Hine's emerald dragonfly with its striking green eyes. The planet's largest populations of this aerial acrobat are found in the Baileys Harbor area. 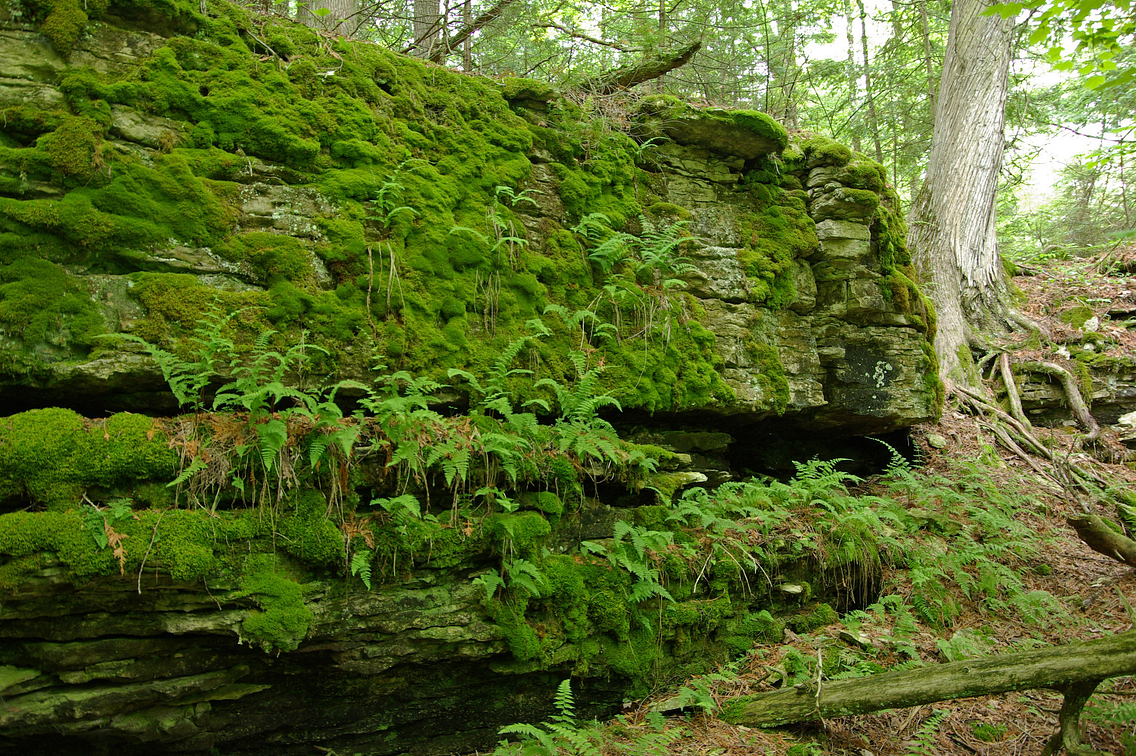 Botanists, too, can have a field day in the natural area. Habitats ranging from wet to dry, and from sunny to shaded, guarantee discovering a diversity of flora.

Orchids grow here, perhaps a dozen species or so. Spring brings striped coralroot, early coralroot, and both the yellow and showy lady's slippers. Though not yet documented on the natural area, the white cedar forest habitat is prime for one of our rarest and most lovely orchids, the ram's head lady's slipper.

Some of these wildflowers are classified as "calciphiles." Plants in this group prefer highly alkaline, calcium-rich soil conditions such as those found on the shoreline's limey substrate. Among the most beautiful are a trio that bloom in late summer and early fall: lesser fringed gentian, grass-of-Parnassus and Kalm's lobelia.

On the Niagara Escarpment

Adding habitat diversity and geological interest to the preserve is the very bedrock on which it lies, the Niagara Escarpment. Also known as the "Great Arc," the escarpment is a formation of dolomite spanning more than 1,000 miles in a wide northeast sweep from eastern Wisconsin, through Michigan's Upper Peninsula, across Ontario and into New York.

There, it forms the shelf over which the Niagara River drops at the famous waterfall that bears its name. The dolomite bedrock, a type of magnesium-rich limestone, originated from the bodies of tiny marine organisms deposited in the bed of an ancient Silurian sea that covered the continent some 430 million years ago. The rock that remains in today's landscape is the result of eons of uplift and subsequent erosion of the overlying rock layers.

The Niagara Escarpment forms the "spine" of the Door Peninsula, with dramatic, 200-feet-high bluffs exposed on the Green Bay side, such as at Ellison Bluff along Ellison Bay and Eagle Bluff at Peninsula State Park. The formation slopes gently to the east, where it forms low cliffs and smooth bedrock benches along Lake Michigan.

At Baileys Harbor Boreal Forest, the escarpment's low cliffs erupt here and there on the uplands and are pock-marked with nooks and crannies, affording habitat for a host of mosses, liverworts and tiny ferns.

Recognizing the importance of protecting the best remaining boreal forests in Wisconsin, the DNR's State Natural Areas Program acquired the first lands at Baileys Harbor Boreal Forest in 1995. In short order, it was designated as our 284th State Natural Area.

Since then, the program has worked quietly with landowners willing to sell or donate their property to secure 484 acres using funding from the Knowles-Nelson Stewardship Program and other state and federal monies.

Just this past July, the SNA expanded by 75% in size when the state chapter of the Nature Conservancy donated a 362-acre parcel to the people of Wisconsin. This generous gift is valued at more than $1.4 million.

The Nature Conservancy used funds from the Stewardship Program and federal dollars along with its own money to purchase a critically important tract. It sits directly in the center of the project, surrounded on four sides by DNR lands. Before this year's donation, it had remained the largest unprotected gap in the otherwise protected landscape.

In 2013, a 190-acre portion of the property was named after Jonathan Pell Ela as a memorial to the longtime Wisconsin conservationist and Natural Resources Board member and chair who had died the previous year. Ela spent his youth exploring the natural wonders of Door County, and a memorial plaque bearing his name overlooks Spikehorn Bay, where he was fond of swimming as a boy.

An endowment fund established by Ela's widow, Patricia Stocking of Madison, is held by the Natural Resources Foundation of Wisconsin and used to manage the natural area, including the new addition.

Off the beaten path, via land or lake

Visitors can enter Baileys Harbor Boreal Forest by both land and water. On calm days, kayakers and canoeists can launch their craft into Moonlight Bay at the Bues Point Road boat ramp and paddle north along the coast about 1½ miles to the southern edge of the natural area in Spikehorn Bay.

A narrow, sandy beach provides a great landing spot from which to begin a hike in the forest or for a cool-water swim on hot days. From there, paddlers may continue following the shoreline around Cana Island for another 2½ miles to the northern end of the preserve before circling back to Moonlight Bay.

Hikers may park vehicles in the parking lot on East Cana Island Road across from the Spikehorn Bay beach, at the cul-de-sac at the end of Cana Cove Road, and at roadside access points along Highway Q and West Cana Island Road.

As at most other State Natural Areas, the focus is on preserving native landscapes rather than providing places to recreate. Visitors to Baileys Harbor Boreal Forest will find few amenities; unlike state parks, there are no picnic tables, benches, campsites or restrooms.

Although there are no formally designated or maintained trails in the boreal forest, an unmapped network of old access lanes and footpaths thread through much of the preserve to bring hikers closer to the plants and animals that find refuge there. In most places, the ground vegetation is low and there's no appreciable shrub layer to impede foot travel.

That said, it's probably a good idea to take along a map or GPS unit to track your location if you decide to explore off the beaten path. The property is large and can be confusing to navigate.

For those looking for a cultural diversion from exploring the natural area, consider a visit to the 150-year-old Cana Island Lighthouse that looms over the eastern side of the preserve (see sidebar).

Baileys Harbor Boreal Forest lies on the self-proclaimed "wild side" of the Door Peninsula and is decidedly different from the Green Bay side with its bustling tourist villages. A slower pace with a focus on nature and outdoor activities characterizes the Door's Lake Michigan coastline.

Supporting that vibe are an array of other protected coastal lands forming a natural "string of pearls" that extends from Whitefish Dunes State Park on the south to Newport State Park near the peninsula's northern tip. Between these state park gems lie the boreal forest and eight other wonderfully diverse State Natural Areas, some managed by the DNR and some owned by other public and private conservation groups.

In 2015, Baileys Harbor Boreal Forest and its neighboring nature preserves — referred to collectively as the Door Peninsula Coastal Wetlands complex and encompassing more than 17 square miles — were recognized as a Wetland of International Importance under a 1971 intergovernmental treaty adopted at the Ramsar Convention on Wetlands. This is no small prize: It's one of only 37 such sites in the nation, including five in Wisconsin.

If Wisconsin's State Natural Areas are a constellation of beautiful unplowed prairies, old-growth forests and undisturbed wetlands, then Baileys Harbor Boreal Forest is clearly among its brightest stars. 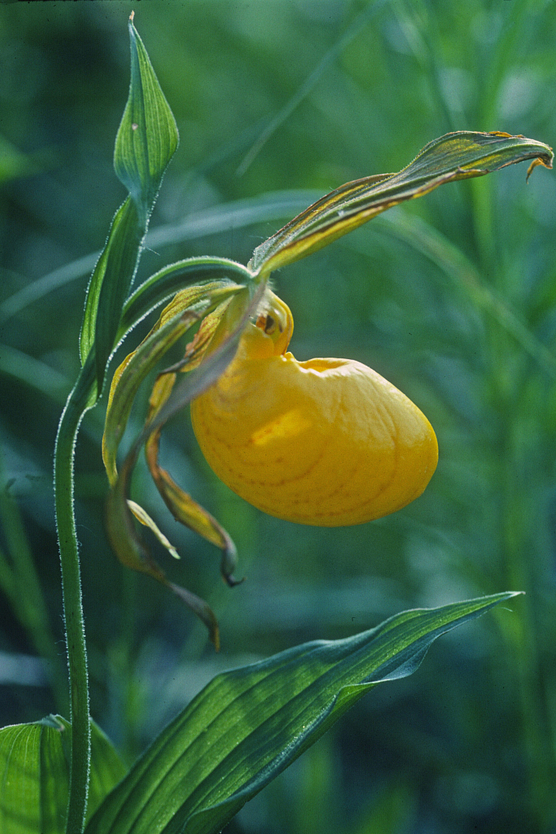 Yellow lady's slipper orchids are among the many plants found in the distinct boreal forest of Door County.

Baileys Harbor Boreal Forest in Door County is open year-round and there is no admission fee. It is one of nearly 700 State Natural Areas, which conserve a variety of native landscapes for education, research and future generations. SNAs also provide some of the best and last refuges for Wisconsin's rarest plants and animals.

This statewide system of nature preserves is the oldest in the nation, created by the Legislature in 1951, and is among the country's most successful. Wisconsin SNAs encompass more than 400,000 acres on lands owned by the DNR and many partners including land trusts, local, county and federal agencies, and private citizens.

Nearly all SNAs are open to the public for low-impact recreation, including hiking, nature study, cross-country skiing, hunting and fishing. Visit the DNR's State Natural Areas Program website for descriptions, access information and maps of each site.

Want to help protect Baileys Harbor Boreal Forest and other State Natural Areas and rare species? It's easy to do.