Wisconsin's bear population was estimated to be about 9,000 bears in 1989. The most recent data indicates the bear population is currently estimated to be a little over 24,000 bears. DNR manages bear population size through regulated hunting. The number of hunting permits have steadily increased following studies showing higher numbers of bears. In the near future, opportunities will be provided to the public to comment on the desired numbers of bears in each of the state's bear management regions as the DNR prepares a new bear management plan.

Wisconsin is not alone in its expanding bear range. The results from a 2008 survey of eastern United States and Canadian Provinces that actively manage black bear populations indicated that 75% of these jurisdictions report an increase in bear range. Only Vermont reported a contracting bear range. 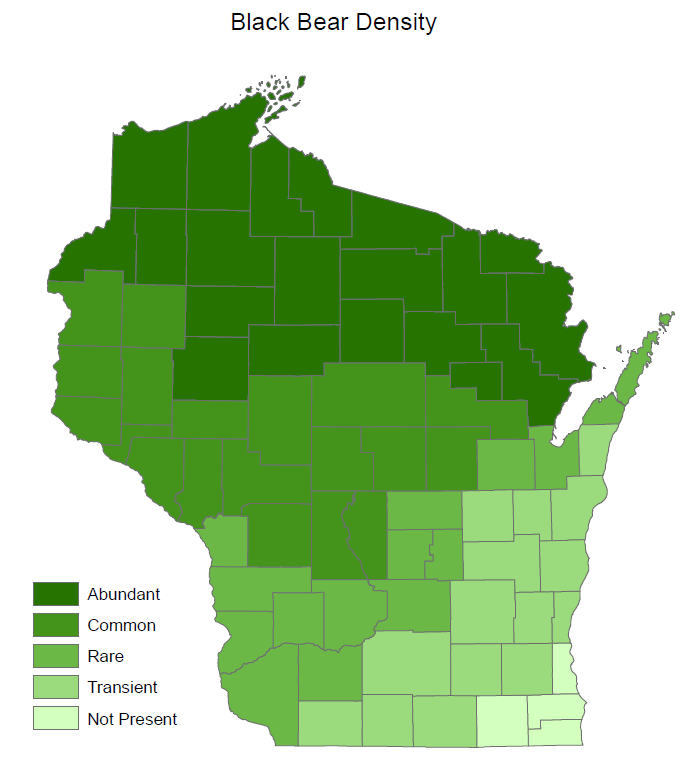