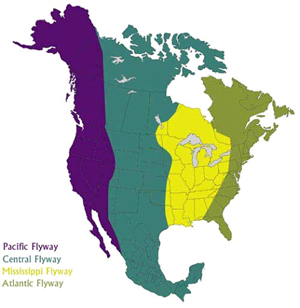 The migratory rules are different from other program rules in that, every year, Wisconsin must work with the U.S. Fish and Wildlife Service in order to open the season and to set season dates and bag limits.

The first step in the yearly process is data acquisition, including obtaining information on bird populations and nesting habitat. The primary sources of information for the regulatory decisions come from spring duck and goose pair and habitat surveys conducted in Wisconsin and across the continental breeding areas.

After these data are collected and reviewed at the Flyway meetings, USFWS produces a framework in late July within which states can set their seasons. Due to this regulatory process, summer is the busiest time of the year for the migratory waterfowl program. As soon as the framework is revealed, state biologists propose specific season limitations, hold meetings with waterfowl groups and hold public hearings around the state to get a good idea of hunter preferences. These meetings occur in late July and early August.

Also at this time, emails and letters are pouring in from interested parties. Based on all of the public comments and other important considerations, biologists draw up a final proposal, which is presented to the state Natural Resources Board in mid-August. This leaves just enough time to make changes to and produce the migratory regulations, post them to the website and distribute hard copies to service centers by early September. 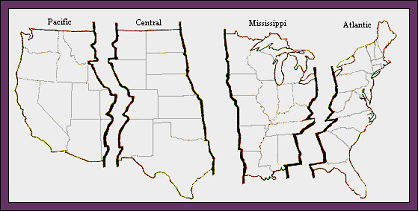 The process of regulating waterfowl (duck and goose) hunting in the United States began during the latter half of the 19th century when east-coast hunters noticed that numbers of waterfowl using traditional areas were declining. Individual states passed legislation to control hunting activities, primarily market hunting, but there was no coordinated effort to manage or control harvests of migratory birds in the U.S. at that time.

In 1916, the U.S. and Canada (represented by Great Britain) signed the Migratory Bird Treaty, which recognized waterfowl as an internationally-shared migratory resource. The subsequent passage of the Migratory Bird Treaty Act in 1918 gave the Department of the Interiors Fish and Wildlife Service oversight authority to manage and regulate the harvests of migratory birds in the U.S.

Initially, the federal government took it upon itself to regulate waterfowl hunting. Many people in state fish and game management agencies, however, were unhappy with their lack of input into the regulations setting process. To address this concern, the USFWS created the Flyway System in 1952 and established four flyway councils -- the Atlantic, Mississippi, Central and Pacific. Through these councils, state conservation agencies have input into international waterfowl management programs.

The Flyway boundaries that were originally laid out, and are still in use today, appeared to define fairly distinct reproductive and migration regions for some of the most heavily harvested species of ducks and geese. With the passage of time and changes in land use, the flyway boundaries may be less distinct for some species than they were 50 years ago. Nevertheless, the present Flyway System is still an excellent vehicle for the cooperative management of North America's waterfowl resources. Flyway System description -- courtesy Guy Zenner.

More information on waterfowl regulations and other topics can be found on the U.S. Fish and Wildlife Service webpage [exit DNR]