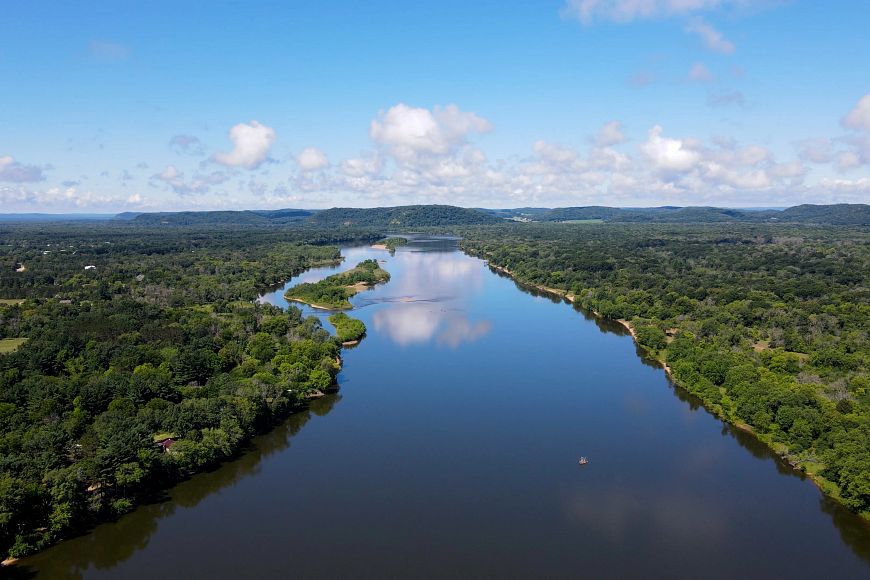 The Clean Water Act helped restore many waterbodies across the state, including the Wisconsin River. Photo credit: Wisconsin DNR

MADISON, Wis. – The Wisconsin Department of Natural Resources (DNR) is proud to celebrate the 50th anniversary of the Clean Water Act.

In 1972, growing public awareness of the importance of water quality led to sweeping amendments (passed unanimously by both houses of Congress) to the Federal Water Pollution Control Act (originally enacted in 1948). The amended law became known as the “Clean Water Act,” and established a goal of making waters “fishable and swimmable.”

Before passage of the Clean Water Act, open dumping of industrial wastewater and raw sewage was common across Wisconsin. Thick industrial sludges covered stretches of rivers such as the Wisconsin and the Peshtigo from shore to shore, leaving them stained black and devoid of life.

“The 50th anniversary of the Clean Water Act is a significant milestone for Wisconsin and the nation,” said Adrian Stocks, Director of the DNR Water Quality Program. “This foundational environmental legislation has been central to improving and protecting the quality of our lakes, rivers, streams and wetlands, and we now welcome people who travel from around the world to enjoy Wisconsin’s aquatic resources.”

The Clean Water Act set nationwide standards that limited how much pollution could be discharged into our waters. The law provided municipalities and states with federal funding to upgrade wastewater treatment plants and has been expanded over time to address additional issues of concern such as industrial pretreatment, non-point pollution, toxics and biosolids.

Wisconsin acted quickly with the establishment of the Clean Water Act. Within the first two years after the law was passed, Wisconsin had established the Wisconsin Pollutant Discharge Elimination System (WPDES) program and received federal approval to implement the Clean Water Act in the state on behalf of the Environmental Protection Agency (EPA). The EPA’s 1974 sign-off on the WPDES program made it one of the first approved in the nation.

The state’s water resource protection leadership has continued over the years. Wisconsin was the first state in the nation to require secondary treatment at wastewater treatment plants and among the first to develop statewide phosphorus criteria and thermal standards. More recently, Wisconsin has set statewide PFAS surface water criteria for PFOS and PFOA. The state has also developed innovative strategies such as water quality trading and adaptive management to address nutrient pollution from both point and non-point sources in a cost-effective manner.

While the DNR celebrates what has been accomplished over the last 50 years, the agency’s work is not complete. There are still Wisconsin waterbodies that are impaired and not meeting their designated uses.

The 2022 Bipartisan Infrastructure Law (BIL) offers an opportunity likely not seen since the 1972 passage of the Clean Water Act to make exponential progress in addressing impacts on our water resources. The BIL will provide Wisconsin communities with nearly $800 million over the next five years to upgrade infrastructure and address water quality impacts.

Read more about the Clean Water Act in Wisconsin on the DNR’s website.