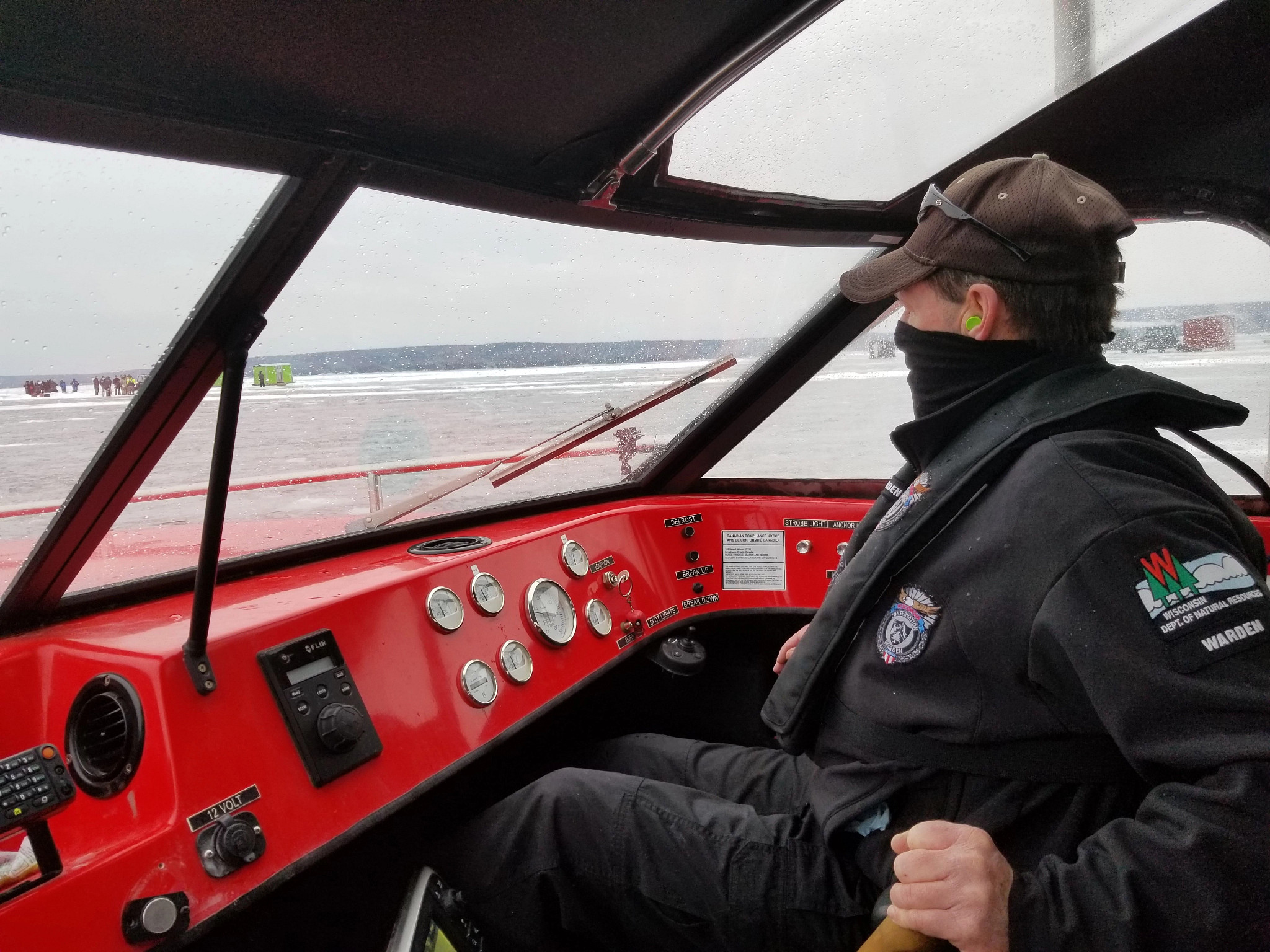 MADISON, Wis. – The Wisconsin Department of Natural Resources (DNR) urges the public to exercise caution while on the ice on the Bay of Green Bay to avoid becoming stranded on free-floating sheets of ice.

Twice in less than one year, groups of 40 to more than 60 ice fishing enthusiasts have been rescued from large sheets of floating ice in the Bay of Green Bay by federal, state and county emergency responders.

On Jan. 9, the U.S. Coast Guard and Brown County Sheriff’s Department launched airboats, and with assistance from the DNR, helped rescue about 40 anglers from a free-floating sheet of ice.

In February 2021, first responders with airboats from the DNR, Brown County Sheriff’s Department and the U.S. Coast Guard rescued approximately 66 anglers. However, the winds later changed, and the ice shove where the anglers left their equipment floated back to the shoreline, enabling those rescued to collect their abandoned gear.

There were no injuries in either event.

What Causes Ice Breaks On The Bay

The enormity of the Bay of Green Bay, coupled with its economic function as a shipping channel and vulnerability to strong winds, requires its users to exercise extra attention to weather conditions and commercial navigation maintenance to avoid ending up stranded on free-floating sheets of ice. The Bay of Green Bay is about 120 miles long and 10 to 20 miles wide.

“Ice sections break free each year,” said DNR Marine Warden Gaven Brault, who has served the Green Bay area for nearly five years. “The bay itself is a huge body of water. This is not like an inland lake. It never 100% freezes over with the ships going through and all the wind.”

The public should be aware of streams and rivers in the Bay. Shallow areas caused by sandbars under the ice can cause instability.

“No ice is safe ice,” said Brault. “Let people know your plans – when you will leave, where you’ll be and when you should return.”

The public should also stay informed of the U.S. Coast Guard advisories when ice-cutting is scheduled to open the Bay’s commercial navigation routes. Anglers should also have the latest weather forecast information for wind direction or predictions of high winter winds, shifting the ice and breaking it into smaller sections.

"During any time of the winter, but especially when the shipping channel is being maintained, any high wind can create waves under the ice," said Lt. Ryan Propson, the DNR's Marine Warden Team Supervisor. "The force of the waves causes the cracks to form, which then leads to large sections of ice breaking off and floating away."

Follow these ice safety tips specific to the waters of Green Bay:

Check out the DNR’s Ice Safety webpage for more information on staying safe on the ice, including tips for creating your own ice picks and what to do if you fall through ice.