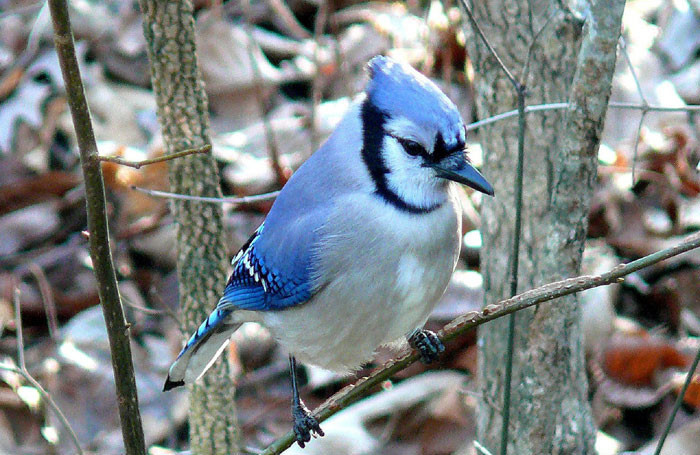 A healthy blue jay perches on a branch. The DNR is actively following incidents of bird mortalities first reported in the eastern U.S. in late May. Photo credit: Wisconsin DNR

MADISON, Wis. – The Wisconsin Department of Natural Resources (DNR) is actively following incidents of bird mortalities first reported in the eastern United States in late May. At that time, wildlife managers in Washington, D.C., Maryland, Virginia, West Virginia and Kentucky began receiving reports of sick and dying birds with eye swelling and crusty discharge, as well as neurological signs.

The illness affecting birds in the eastern U.S. has not yet been identified, and it has not been linked to bird mortalities in Wisconsin. Out of precaution, the DNR asks the public to report sick or dead birds with clinical signs and to follow best practices for bird feeder and bird bath hygiene.

The department continually monitors reports of sick and dead wildlife and has received a few scattered reports of birds in Wisconsin with swollen, crusty eyes. These reports may be associated with several causes and may not be associated with the illness reported in eastern states. Symptoms of concern include crusty or swollen eyes as well as seizures and lack of coordination. If you observe a songbird with any of these symptoms, report it to your local conservation biologist or wildlife biologist.

"Several wildlife laboratories, including the National Wildlife Health Center in Madison, are working to identify the cause or causes of these cases," said DNR Wildlife Veterinarian Lindsey Long. "These symptoms can be from multiple causes, so these groups have been conducting expansive testing. As part of our continued monitoring of wildlife health, we ask Wisconsinites to report birds with swollen or scabbing eyes so that we may investigate further. Sometimes, we may ask to collect these birds for testing."

For the most up-to-date information on Wisconsin birds, click here. For a statement on this event from the National Wildlife Health Center and its collaborating partners, visit the USGS website.