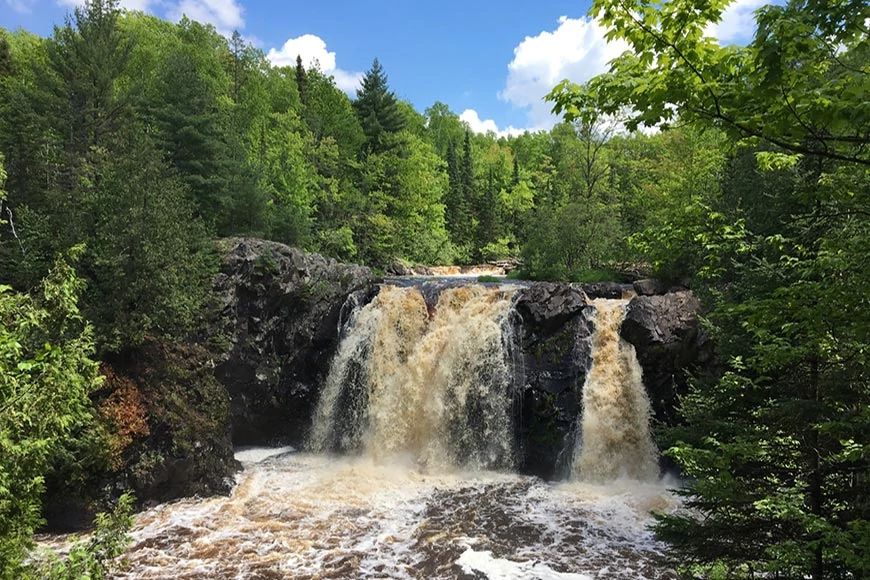 The North Country National Scenic Trail is a premier hiking and backpacking trail that travels for more than 4,600 miles through eight northern states from Lake Sakakawea State Park in North Dakota to the Appalachian Trail in Vermont. The North Country Trail is one of 11 National Scenic Trails in the United States and is also one of 44 designated Wisconsin state trails.

Although Wisconsin has the second shortest trail distance among the eight states the trail passes through, Wisconsin is responsible for providing the name to the North Country Trail. The original 60-mile Northern Country Trail in the Chequamegon-Nicolet National Forest lent its name to the 4,600-mile National Scenic Trail when the idea of the multi-state trail was first envisioned.

More than 140 miles of the North Country trail are completed in Wisconsin. The completed sections of the trail are connected by roadways and other temporary routes in Douglas, Bayfield, Ashland and Iron counties for a total length of 220 miles. Distances between trailheads and access points can vary greatly and hikers may want to review a map before setting out.

The best source for detailed maps, local contact information and descriptions of the various trail segments are available from the North Country Trail Association exit DNR], where you can find an online interactive map of trail segments in Wisconsin and other states. Topographic hiking maps are available as free downloads for printing at home or for use with your smartphone.

The North Country Trail is also listed on the maps of the state parks and forests it travels through.

Recreation along the North Country Trail

The North Country Trail is primarily an off-road hiking and backpacking trail that provides excellent opportunities for sightseeing, wildlife viewing and bird watching. In winter some sections of the trail are open for cross-country skiing and snowshoeing. Motorized vehicles are not allowed on the North Country Trail.

Opportunities are available for camping along the North Country Trail in the Chequemegon-Nicolet National Forest, Brule River State Forest, county forests, Pattison and Copper Falls state parks and other public and private campgrounds. Campgrounds can vary from primitive walk-in campsites to facilities complete with electric hookups. When planning a trip, it is best to check ahead of time for camping locations and availability.

In the Chequamegon-Nicolet National Forest, there are developed campgrounds near the trail as well as three Adirondack shelters. Camping is also allowed along the trail in the National Forest but campsites must be kept 50 feet away from the trail or any water source such as lakes and streams.

The North Country Trail Association (NCTA) [exit DNR] is a nationwide, nonprofit, volunteer organization whose mission is to develop, maintain, preserve and promote the North Country Trail. There are local chapters in all eight states the trail passes through. The National Headquarters is in Lowell, Michigan. Volunteers with the Brule-St.Croix, Chequamegon and Heritage NCTA chapters play a key role in creating, supporting and protecting the various North Country Trail sections in Wisconsin.