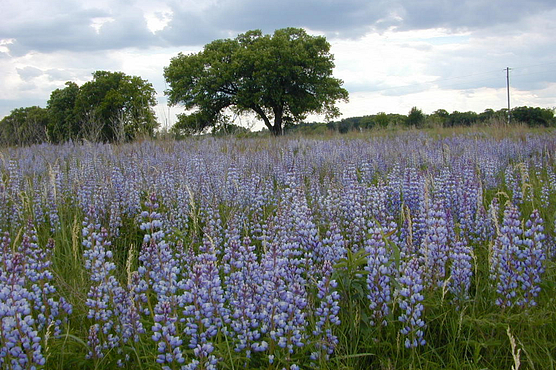 The Karner blue butterfly's habitat once ranged from Minnesota to Maine and into Canada. Habitat loss, destruction and fragmentation primarily due to natural succession, agriculture and residential and commercial development caused the decline. Outside of Wisconsin, the Karner blue has been reduced to small populations in Indiana, Michigan, Minnesota, New Hampshire and New York. Karner blues are considered extirpated in Massachusetts, Pennsylvania, Ohio and Ontario.

In Wisconsin, the Karner blue butterfly usually occupies open barrens, savannas and prairies that contain wild lupine. This plant is widespread in Wisconsin’s central and northwest sands, and the pale green caterpillar of the Karner blue feeds exclusively on the leaves of wild lupine. Karners can also be found in other habitats, including roadsides, utility right-of-ways or other areas that are maintained in an open early successional stage. These corridors can provide an important link between larger habitat areas and encourage dispersal and genetic diversity.