A framework for water quality improvement 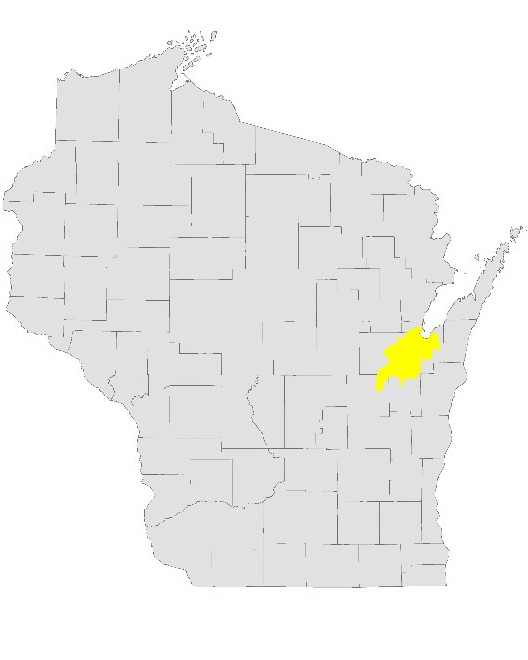 The Lower Fox River (LFR) basin is located in northeast Wisconsin and includes portions of Brown, Calumet, Outagamie and Winnebago counties and the Oneida Nation. The LFR basin is roughly the 640 square mile drainage area (HUC8 04030204) located between Lake Winnebago and Green Bay in which all surface water drains to Green Bay.

About the LFR basin

Land use in the LFR basin is diverse but consists primarily of agriculture, urban development and natural areas. The land use directly impacts water quality. Municipal and industrial discharges to streams and rivers in the LFR basin and surface water runoff from the land due to rain events and snowmelt carry sediment and nutrients to streams and rivers.

The primary surface waters within the LFR basin include the Lower Fox River (39 miles), Lower Green Bay and 14 main tributaries. Due to excessive levels of total phosphorus (TP) and total suspended solids (TSS), many of these bodies of water are listed as impaired because they do not meet state water quality standards (see map under TMDL resources). The amount of TP and TSS from point sources (dischargers) and non-point sources (runoff) delivered to our waters in the LFR basin are detailed in the 2012 TMDL Report (see below).

The overall goal of TMDL implementation is to meet water quality standards and provide meaningful water quality improvements by reducing total phosphorus and TSS loadings in the LFR basin by 59% and 55%, respectively.

Through compliance with their WPDES MS4 General Permit, the 29 regulated municipalities in the LFR basin will result in 23,500 pounds of TP reduced and 10,210,000 pounds of TSS reduced in 20 years.