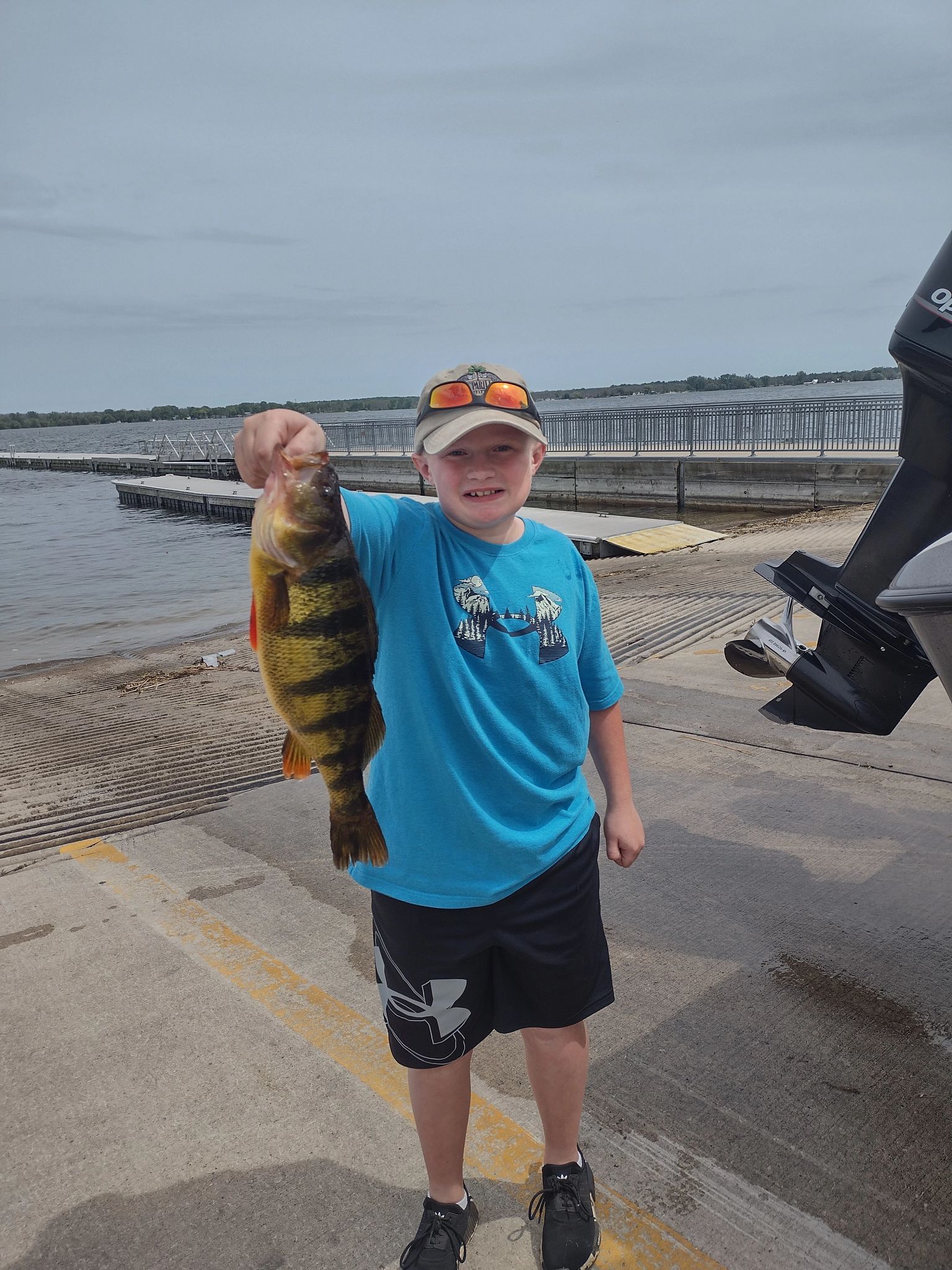 Yellow Perch caught by a young angler in Little Sturgeon Bay. This fish measured in at 15-inches long and 1.9-pounds!

Generally, fishing reports will be updated once per week, usually on Tuesdays. This may change based on the availability of reports and the work schedules of field staff.

Unless otherwise indicated, this fishing report information comes from our creel survey clerks, who work in the lakeshore areas from March through October and in the tributary rivers seasonally in spring and fall. Creel clerk schedules are random and vary in the days and times they are scheduled to be in a specific location. This allows us to generate statistically valid fishing efforts and harvest information.

Information for these reports is based on the days and times of the week that creel clerks are present. You can obtain additional fishing information by contacting local bait shops, charter captains, guides, marinas, etc.

Sign up to get the latest fishing information on Lake Michigan.

REMINDER - Anglers must carry a paper copy of their license/stamps while fishing on Lake Michigan, Lake Superior, and the Wisconsin/Michigan, Wisconsin/Minnesota, and Wisconsin/Iowa boundary waters.