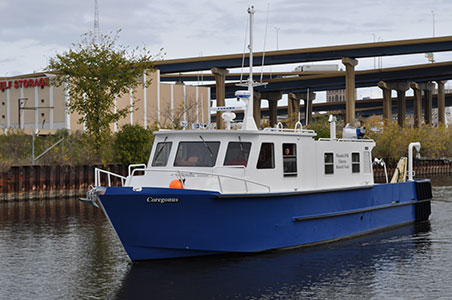 PROGRAM DESCRIPTION: The annual operating season for the COREGONUS begins with an early April assessment of whitefish followed by a one-week assessment of lake trout and burbot in northern Wisconsin waters.  In late May and June, the boat is in Milwaukee assessing the status of the yellow perch spawning population on the Green Can reef off of Milwaukee. In July the boat moves back up north to sample whitefish in July and the Green Bay yellow perch population in August. In September, chubs (deep-water ciscoes) and lake trout are assessed in the northern part of Wisconsin waters at Baileys Harbor and Jacksonport Deep Reef, respectively. During October, inshore and offshore lake trout spawning populations are assessed from Sturgeon Bay to Sheboygan, and lake whitefish spawning populations are sampled north of Sturgeon Bay at Cardy's Reef. Spawning lake trout are sampled on the Mid-Lake Reef from the last week of October to mid-November, and then the boat is moved to Milwaukee to sample yellow perch during the last week of November into the second week of December. The COREGONUS operates about 90% of the available time from April to mid-December. Assessments are done with graded mesh gill nets that are fished on the bottom, bottom trawl (Green Bay and Lake Michigan) and mid-water trawl (Milwaukee) fisheries gear. All of the work done on the COREGONUS are part of lake-wide efforts involving many other agencies.. 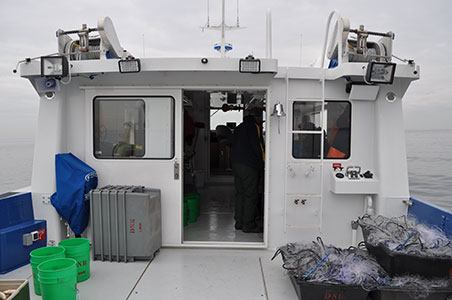 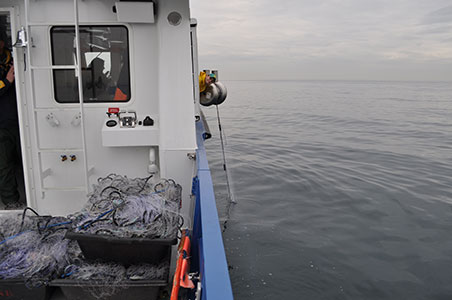