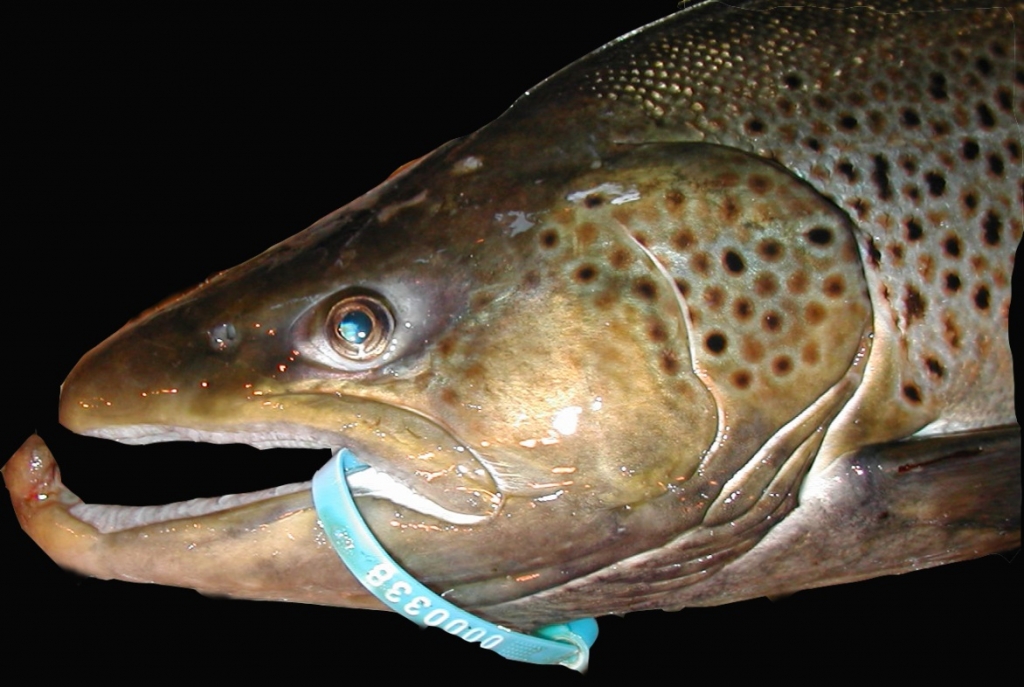 The following information is the salmon and trout processing information for our facility on the Kewaunee River. We will post new information to this site every Tuesday at 4 p.m. from March through April and October through early November. Depending on water conditions and the number of fish in the weir, fish are usually processed on Wednesdays.

In addition, you can read the latest fishing report on our Lake Michigan Outdoor Report page.

Staff transfer adult seeforellen to Besadny Anadromous Fish Facility, where they are held in ponds. Once a week, from mid-November to mid-December, staff collect eggs and milt from ripe adults. Staff transfer fertilized eggs to the Wild Rose Hatchery. Fish that are not yet ready to spawn are returned to the ponds to be spawned at a later date until the goal of one million eggs is collected. Approximately 400,000 seeforellen are stocked annually into Wisconsin waters of Lake Michigan (300,000) and Lake Superior (100,000).

History of the seeforellen strain in Wisconsin – The first seeforellen brown trout were stocked in Wisconsin in 1991. The DNR obtained eggs from New York from late 1989 to early 1990. The goal was to promote an extended trophy fishery, as seeforellen tend to live a year or two longer and spawn a month or two later in the fall compared to domestic strains of brown trout. The current Wisconsin state record brown trout for outlying waters is a 41-pound, 8-ounce seeforellen that Roger Hellen caught in southern Lake Michigan near Racine in 2010.

Muskellunge – Since 2010, the DNR has worked cooperatively with Kewaunee County to raise Great Lakes spotted musky at Dana Farm. Each May, nets are set in the Fox River to capture spawning musky. The captured musky are measured, weighed, and checked for a fin clip and a PIT Tag. They are then spawned and released into the Fox River. Fertilized eggs are disinfected, water hardened and transported to Dana Farm.

In a small building next to the hill pond, eggs are placed in hatching jars and allowed to hatch. Following hatching, musky are held in the building until they have consumed their yolk sac and are stocked into the outdoor ponds. While in these ponds, musky are fed bait fish by the truckload, causing rapid growth. By the end of September, they average nearly 12 inches in length. At this time, the musky is seined from the ponds, fin-clipped to denote they were stocked as fingerling, loaded into trucks and hauled to stocking locations around the Bay.

The hill pond has been used since 2010, while a newly renovated road pond produced its first musky in 2015. The road pond was renovated through the generous donations of many musky clubs and the cooperation of the DNR and Kewaunee County. These ponds will continue to raise musky for stocking into Green Bay until either a peer-reviewed disinfection protocol is developed allowing fish to be safely moved from the Fox River to Wild Rose Hatchery or the inland brood lakes produce disease-free eggs in sufficient numbers needed to support the program. 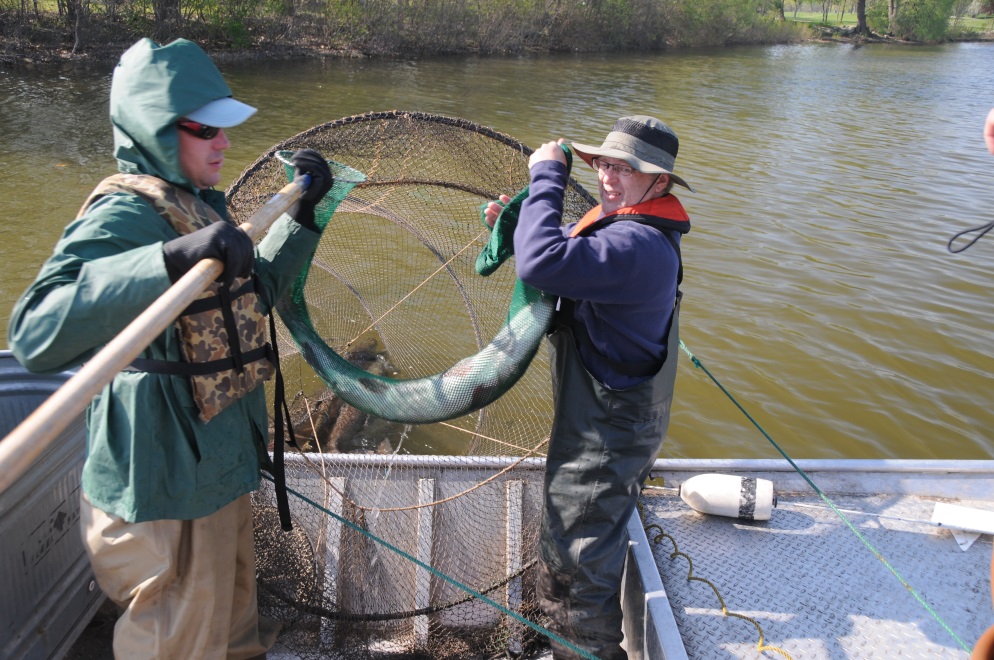 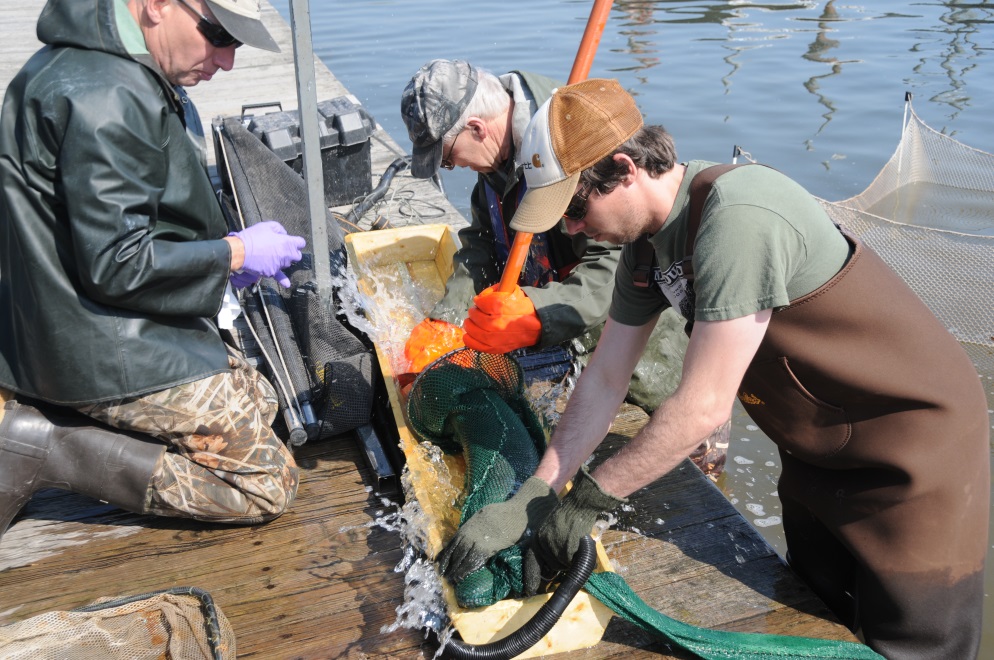 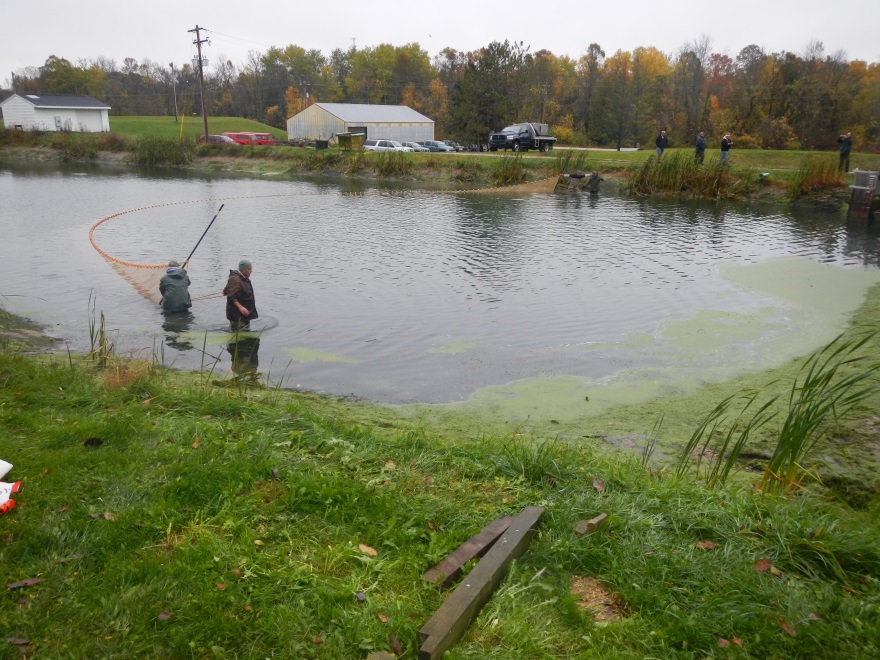 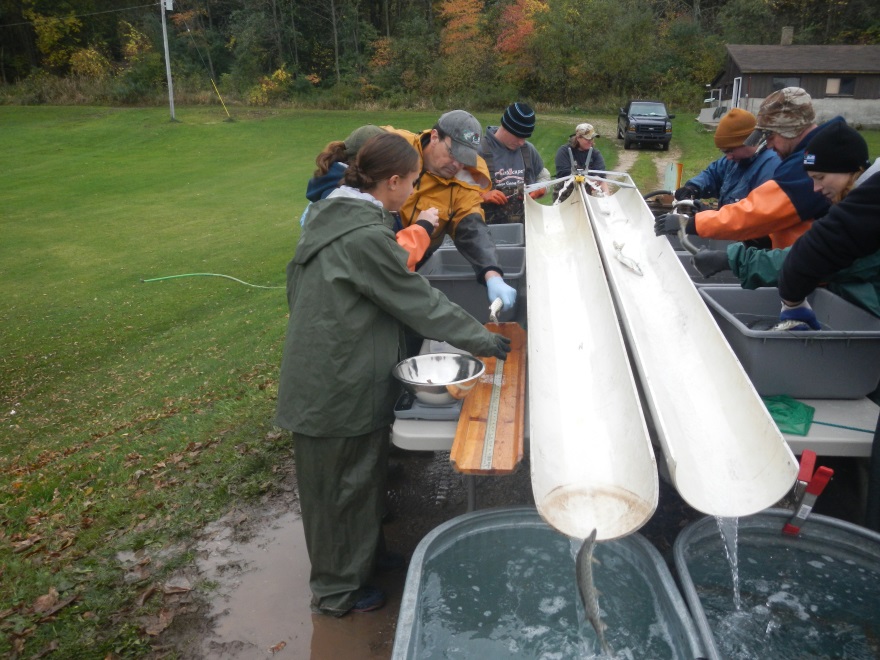