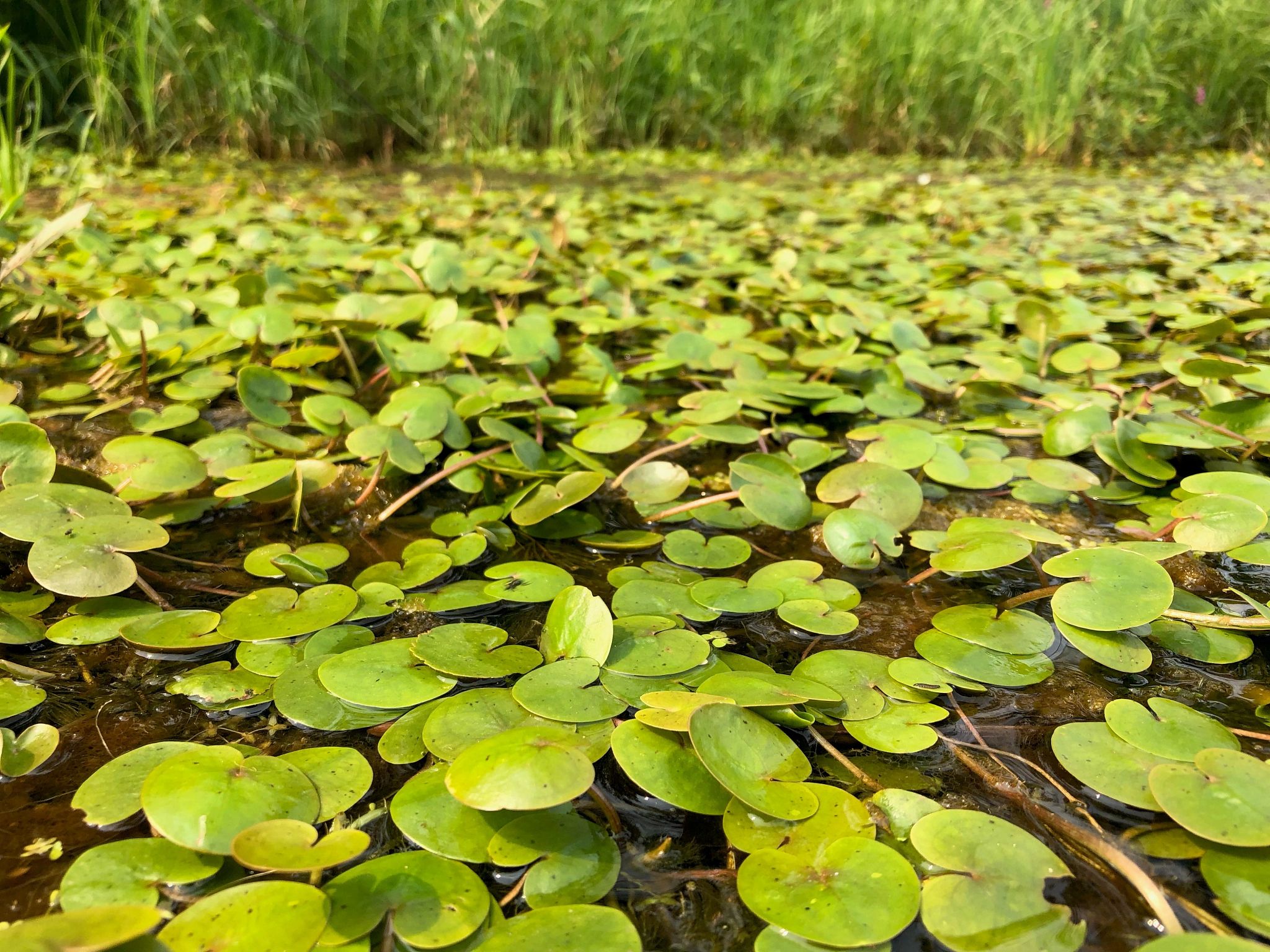 MADISON, Wis. – The Wisconsin Department of Natural Resources (DNR) today announced that European Frogbit – a prohibited invasive plant with the potential to invade shallow or slow-moving water areas – was found for the first time in the state of Wisconsin.

The only other finding of European frogbit in Wisconsin was in 2018 at a nursery in southern Wisconsin. The nearest known wild population is in Michigan's Upper Peninsula near Sault Ste. Marie.

In late July 2021, a botanist conducting surveys for the Great Lakes Coastal Wetland Monitoring Program funded by the Great Lakes Restoration Initiative  (GLRI) observed European frogbit growing in an unnamed stream and throughout the adjacent drainage ditches just north of the City of Oconto. After it was reported to the DNR, staff visited the site to verify the species and collect specimens and photographs.

European frogbit is a plant that can form large colonies of dense floating mats that can dramatically affect native aquatic life and recreational activities.

“The streams, wetlands and drainages along the west shore of Green Bay are highly valued ecosystems for many fish species including Northern Pike, Yellow Perch, and many forage fish along with many species of birds, amphibians, and native plants,” said Ken Dolata, Department Head for the Oconto County Land Conservation Department.

“There are numerous ways that plants such as this get introduced,” said Amanda Smith, a DNR Invasive Species Specialist. “For this population in particular, movement by boats is likely as there is a nearby boat launch that is heavily used by boaters from throughout the Midwest who travel long distances to experience the Green Bay fishery. It is also possible that it was released from a water garden or aquarium since European frogbit was once a popular ornamental plant. Once introduced, natural dispersal is also possible given its ability to overwinter and spread rapidly.”

Initial monitoring efforts revealed European frogbit is in numerous marshes and tributaries of Green Bay that are connected by drainage ditches. Removal efforts will begin in the coming days and will continue throughout the summer and subsequent years.

Extensive monitoring of the site and nearby waterbodies will also be necessary to identify other populations given the likelihood of spread. DNR staff and partners are beginning outreach to sportsmen, local garden clubs, bait shops, and at public events. The response effort is in partnership with Oconto and Marinette Counties, Timberland Invasives Partnership, Wild Rivers Invasive Species Coalition, and the Forest Langlade Oconto Waterways Program.

European frogbit, also known as Common frogbit, is not to be confused with common native look-alikes such as white waterlily and water-shield. It is usually floating and resembles tiny water lilies with kidney-shaped leaves 0.5-2.25” in diameter with long stems. The leaves also have a tissue containing air pockets located mostly along the midvein. The small white flower is short lived and rarely seen. This species readily reproduces by seed, turions, and plant fragments.

The public can report invasive species by following the instructions on the DNR website or email invasive.species@wisconsin.gov.

As with all aquatic invasive species, the public can help reduce the spread of this species by following these steps: