Protect Turtles On The Move 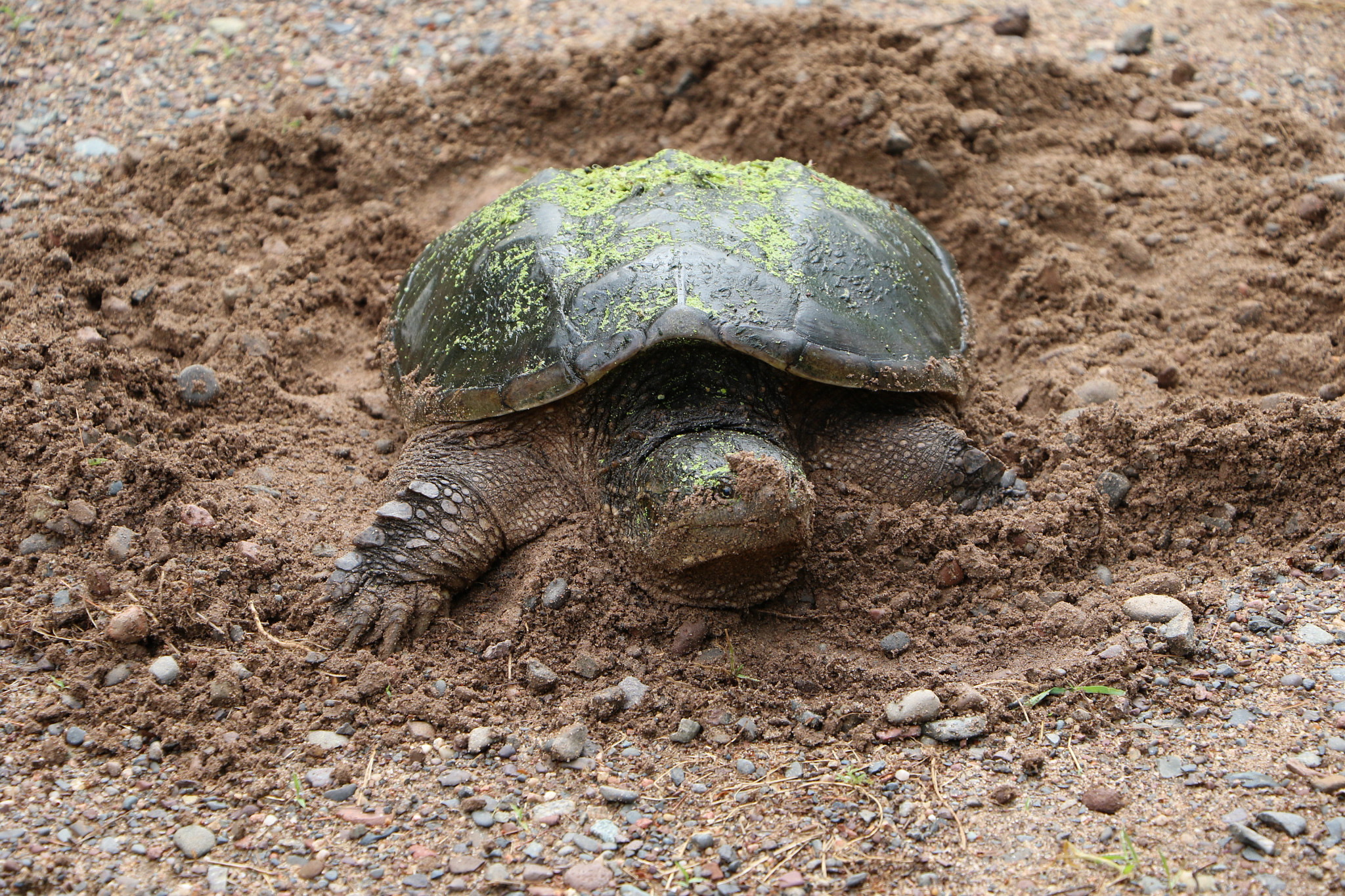 Most of Wisconsin's 11 turtle species breed in late May through June and often cross roads to lay their eggs in nests on higher ground. Turtles getting run over by cars is a leading cause of the decline in turtle numbers in Wisconsin. The predation of turtle nests by raccoons, skunks and coyotes is another major problem.

Because some species – such as wood turtles and Blanding’s turtles – take 12 to 20 years to reach reproductive maturity, the death of even one female turtle a year can take a big toll.

Since the DNR began seeking information about turtle sightings and turtle crossings in 2012, people have provided more than 7,500 reports, with roughly half of those identifying turtle crossings. Such reports have substantially increased awareness and education boosting turtle conservation in the state.

The information is entered into the Natural Heritage Inventory, a database of rare species locations and population information. The database is consulted by DNR staff reviewing plans for public and private roadway and other developments, and by private consultants as well. DNR staff recommend ways to avoid impacting rare turtle species, and local advocates have also used the information to push for turtle conservation measures on roadways.

WisDOT routinely works with the DNR and other agencies to identify sensitive wildlife issues near project sites and, when feasible, create solutions through staging and scheduling. In some cases, unique infrastructure solutions are developed to help limit the amount of wildlife on the road entirely – creating safety benefits both for the species and the passing motorists.

For example, a highway project unfolding this summer incorporates a culvert and fencing to help keep turtles from traffic by leading them under the new roadway. A similar project in central Wisconsin in recent years has shown positive ecological benefits.

In another example of how turtles are benefitting from the increased public awareness of turtle crossings and turtle conservation, in 2020 Girl Scout Ella Kreuziger contacted the DNR about a highway in Waukesha County where many turtles were crossing. She raised money to pay for stenciling a turtle crossing sign to alert motorists. The Waukesha County highway department did the work last fall and Ella received her Silver Award in scouting for helping turtles cross to safety.