Work through the decades forms foundation for today 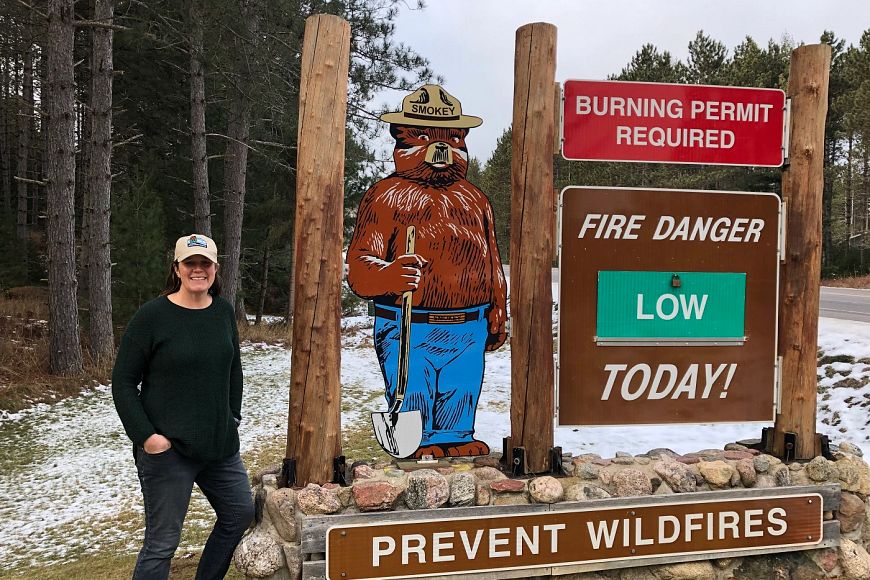 BRYCE BERKLUNDHeather Berklund is the first female chief state forester in Wisconsin, where the first Smokey Bear costume was introduced in 1950.

Many of the programs that form the foundation of the DNR’s Division of Forestry began in the early 1900s under the leadership of Wisconsin’s first chief state forester, E.M. Griffith, and other early forestry leaders.

Through the decades, state forestry leaders have built on the foundations of these early efforts and established new programs to meet today’s needs. Here are a few “firsts” in Wisconsin forest history.

1899 — Wisconsin leads the nation in lumber production, and the lumber industry affects nearly every aspect of the state’s economy.

1911 — First state nursery is established at Trout Lake in Vilas County. Since then, state nurseries have produced more than 1.6 billion seedlings for reforestation purposes.

1927 — First forest land tax relief legislation is enacted with the passage of the Forest Crop Law.

1927 — The County Forest Reserve Law is enacted as a method of reforesting land suitable only for growing trees.

1933 — Civilian Conservation Corps is formed, providing employment during the Depression for 93,094 Wisconsin men at 38 camps, with much of the work related to forestry.

1949 — State Forestry Board implements a program for survey and control of forest insects.

1968 — Wisconsin Conservation Department and environmental protection functions from other state agencies are incorporated under one umbrella, creating the Wisconsin Department of Natural Resources.

1995 — State statutes are revised to include the principle of sustainable forest management.

2008 — Emerald ash borer, a major cause of ash mortality, arrives in Wisconsin; it has now been detected in 58 of the state’s 72 counties.

2020 — Heather Berklund is hired as the first woman to lead Wisconsin’s state forestry program. “E.M. Griffith, our first state forester, foresaw a bright future for Wisconsin’s forests,” Berklund said. “I share his vision and look forward to continuing to work with our partners as we continue to build on this rich history of Wisconsin forestry.”