Story and photo by Phil Porter 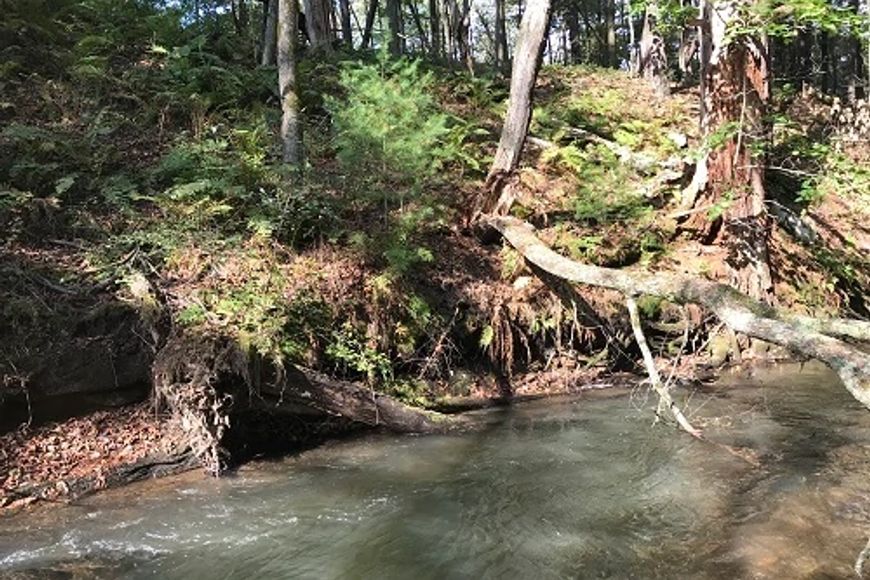 "When I rounded the next turn in the creek, I was met with the most spectacular pool I had ever seen on the half dozen sections of this creek I had waded." — Phil Porter

It was Oct. 14, 2016, the penultimate day of the newly extended trout season in Wisconsin.

I had commitments to four sons that would preclude me from fishing the final day, which turned out to be hampered by miserable weather anyway. Sometimes the fishing gods have a way of consoling one mourning the end of something even before it officially ends.

This day proved to be one of those rare, spiritual, ethereal fishing days on which the forces of the universe seemed to align. It was the kind of day we all yearn for every time we go out but which, by the nature of its rarity, makes it all the more soul-pleasing.

Because of that, I didn’t expect great fishing. I changed my original plan of fishing my favorite stretch of creek in its entirety to one where I would fish part of that length but then go upstream.

I was heading farther than I ever had, using my rapidly fading time to explore uncharted territory for next season. A single vague comment during a chance encounter with a veteran of this creek gave me high hopes.

“Ever been beyond that bridge? Some nice holes up there,” he said, nonchalantly.

Coming up to the new territory, I was already doing well, with a number of sizeable browns caught and released. The upstream extension accelerated the pace of the action, in addition to being very beautiful scenery once I got beyond the large bridge where the highway crossed over.

Maple, birch, oak and pine danced in the breeze, cascading leaves and needles along sheer rock walls trickling with miniature waterfalls into the gurgling creek below.  The stinging nettles lining the banks were mercifully dying back.

My plan was to stop at an even dozen fish. My 12th was a smallish but lively beautiful trout.  As I started to pack up, I asked myself, “Why turn back now?”

It was a gorgeous autumn afternoon. I wasn’t at work. Weather and water conditions were near ideal. I was experiencing an eye-pleasing new stretch of the creek, and the fish were on, better than average in size and number.

I decided to press on, just “around the next bend,” I said to myself, hoping for one more sizeable fish to cap off the season.

SAVING THE BEST FOR LAST

When I rounded the next turn in the creek, I was met with the most spectacular pool I had ever seen on any of the half dozen sections of this creek I had waded. The water took a sharp turn against a rock wall then cascaded over a large, fallen hardwood tree to create a small waterfall into a large, deep pool with complex current patterns over and under the log.

The approach on the right bank was ideal — knee-deep water with firm sand, not the mushy silt plaguing the creek’s slacker waters in some spots. It allowed numerous casting angles.

I approached silently and methodically, with reverence and anticipation. Two-thirds of the way through my first retrieve, a large brown charged out of the depths and struck.

Just as he did, I saw a second trout, at least as large, in hot pursuit. That one turned away with a silvery flash as the first trout took the hook ferociously.

I set the hook and played the trout a number of minutes, working him slightly downstream and out of the current. I had him.  A quick measurement against landmarks I’d memorized on my pole — 17 inches — and he was back in the creek, bolting off to the depths for a rest.

It is against conventional wisdom to expect a second fish from the same pool immediately, especially with the turmoil that had just occurred. However, I knew there was another big one in there. What would a few casts hurt?

I tossed back in a slightly different trajectory — nothing. Then I cast in the exact spot I had for the first fish and was hit promptly by a strike more typical of a larger game fish.

Another battle ensued, this time resulting in landing a thick, 18½-inch brown trout with gorgeous colors and a strong, mature jaw bone holding the hook. Again, he was released quickly and without harm.

That was it, my season was over. It couldn’t get any better than this. Man, was I glad I went around the next bend that day! I put my pole over my shoulder and headed downstream.

Phil Porter is a longtime reader and angler — and first-time magazine contributor — from Eau Claire.