Seeing the forest for more than just the trees 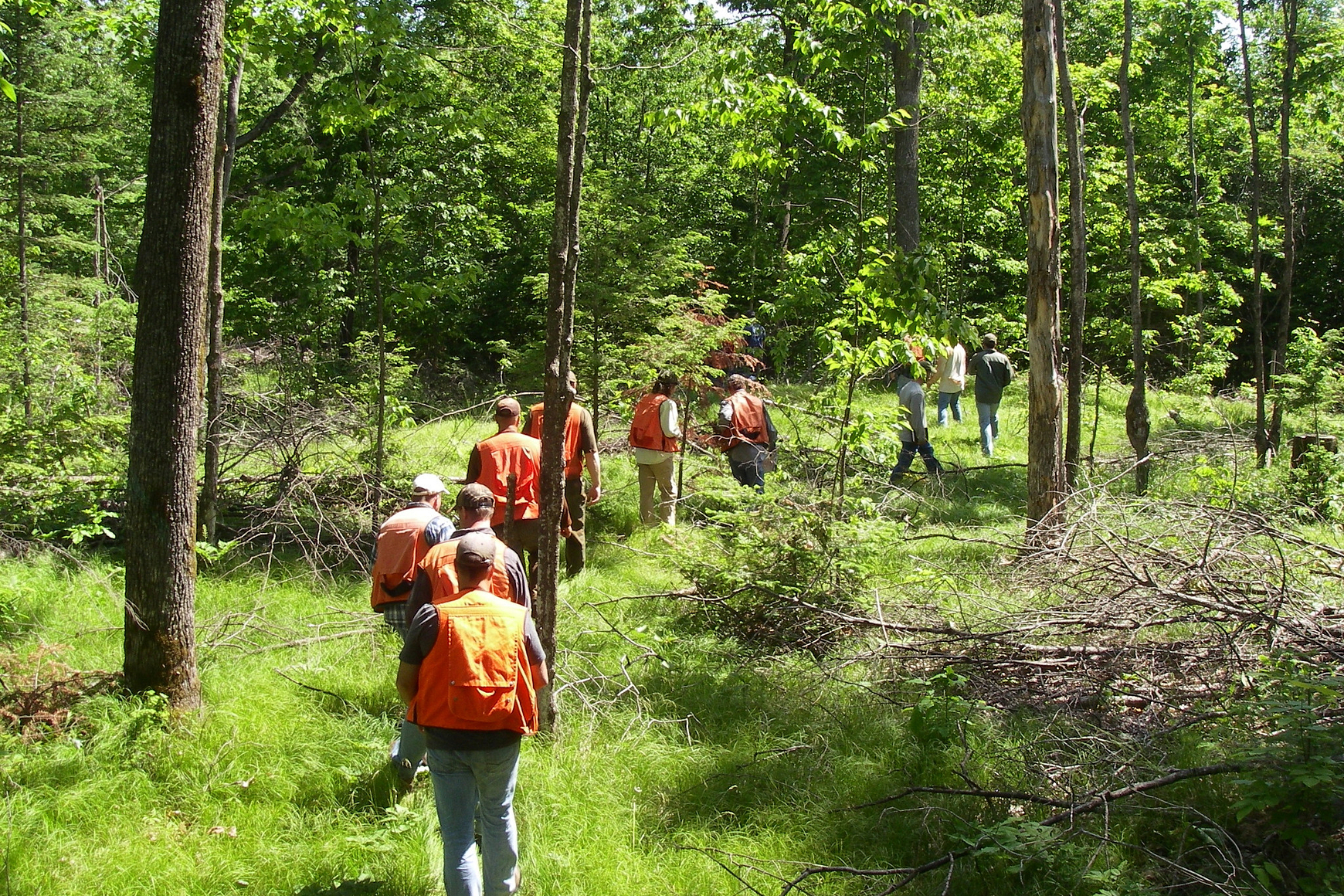 Each June, new foresters from the DNR and other groups head to the woods for two-day training on the Forest Habitat Type Classification System.
© BRAD HUTNIK

On a sunny June day, a forester walks through a Wisconsin forest holding a small, maroon-colored field manual. She observes an array of large white trilliums, admires the delicate drooping bells of Solomon's seal and smells the pungent aroma of wild leeks.

As she reviews the plant checklist and diagnostic key in the manual, she takes note of the abundant bloodroot, blue cohosh and leeks as well as the notable absence of Virginia waterleaf and sharp-lobed hepatica — an important distinguishing factor within the key. Based on her careful observations, the forester classifies the site as "AOCa," a shorthand name for this forest habitat type.

Wisconsin's Forest Habitat Type Classification System is an ecological classification tool developed in 1988 by John Kotar, a scientist and instructor then at UW-Madison. The FHTCS is based on repeatable patterns of forest understory plants present across similar sites.

Plant composition and growth are determined by site factors including soils, topography, landform, hydrology and disturbance history. Together these factors represent the foundation of each unique habitat type.

Habitat typing helps foresters make decisions on the ground. With this science-based tool, they can confidently predict how the forest will respond to different management treatments such as thinning, harvesting and prescribed burning.

Each year in June, when understory plants are in bloom and easy to identify, new foresters from the Department of Natural Resources, county forests and other organizations receive two-day training on the habitat classification system. They learn how to apply the FHTCS so they are better able to assess site potential, define appropriate management objectives and predict the effects of various forest management alternatives.

The first person to publish a classification system similar to what is used in Wisconsin was a scientist from Finland. Aimo Cajander systematically studied repeatable combinations of plants and created a theory of forest types based on plant associations. Research on plant associations in the U.S. and Canada began in the 1940s and was mainly done by European scientists who had fled World War II or by Americans who had traveled in Europe. 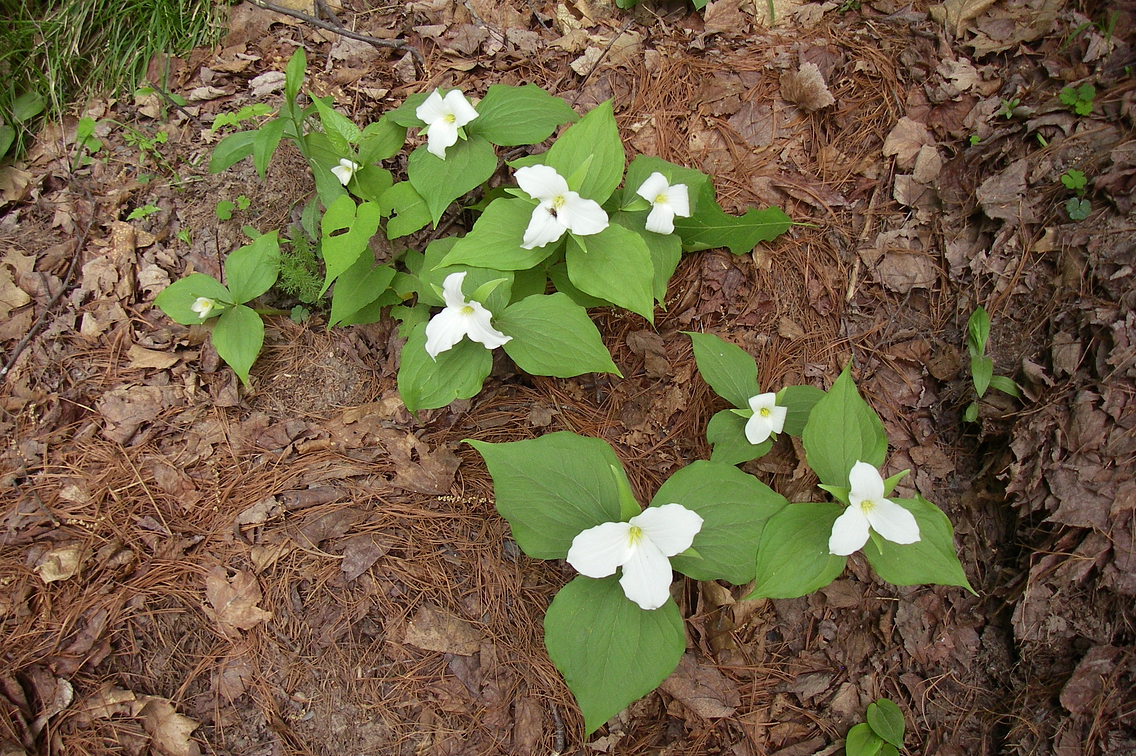 "Get to know the understory plants in your forest and then use the habitat type guide to help you select ecologically and economically sound management options." — John Kotar
© DNR FILES

When talking to Kotar, who now owns Terra Silva Forest Ecology and Management in Eau Claire, it's easy to hear the excitement in his voice when he's asked about the Wisconsin habitat typing system he helped create. Kotar has a love affair with soils, and that is his usual starting point whenever someone asks him to explain how habitat typing works.

"Do you have some kind of feeling for the differences in soil?" he asks. For farmers or gardeners, the answer is yes. But even the unfamiliar can see there are differences between soil in a forest versus in a corn field or river corridor.

Once people understand that soils are different from place to place, Kotar explains how these differences influence plant growth.

Wisconsin is home to a rich landscape of diverse soils due to the geological history of this region. Glaciers advanced and retreated several times across most of the state, depositing and transferring materials that are the basis of the different soil types we see today.

Once a person understands that plant composition is dictated by soils, they can look at the plants found in a given area and immediately understand which soils are present and what that site can offer in terms of productivity.

Kotar discovered his passion for soils early in his academic career and never looked back. He began in the forestry program at UW-Stevens Point, where he was curious about what caused forests around the world to be so different from one another. He then pursued graduate studies at the University of Minnesota, where he met professors familiar with the research from Europe and Russia who encouraged him to keep exploring plant-soil relationships.

While later completing his Ph.D. at the University of Washington, Kotar continued to connect with European scientists. His Slovenian background gave him a head start when he decided to learn Russian, allowing him access to original literature from the early soil scientists.

Kotar's path led him back to the Midwest, where he started thinking about how to apply his knowledge to forests in the region. In 1979, he accepted a faculty position at Michigan Technological University, joining Michael Coffman who was already doing habitat typing work in Upper Michigan. Together they studied vegetation patterns in Midwestern forests, and over time they realized this information might be used to guide forest management decisions.

The two researchers began sharing their ideas with colleagues and foresters in Michigan, Minnesota and Wisconsin. The Wisconsin DNR decided to fund a project that would create a statewide habitat type classification system, and Kotar accepted a position in 1986 at UW-Madison to begin this work. 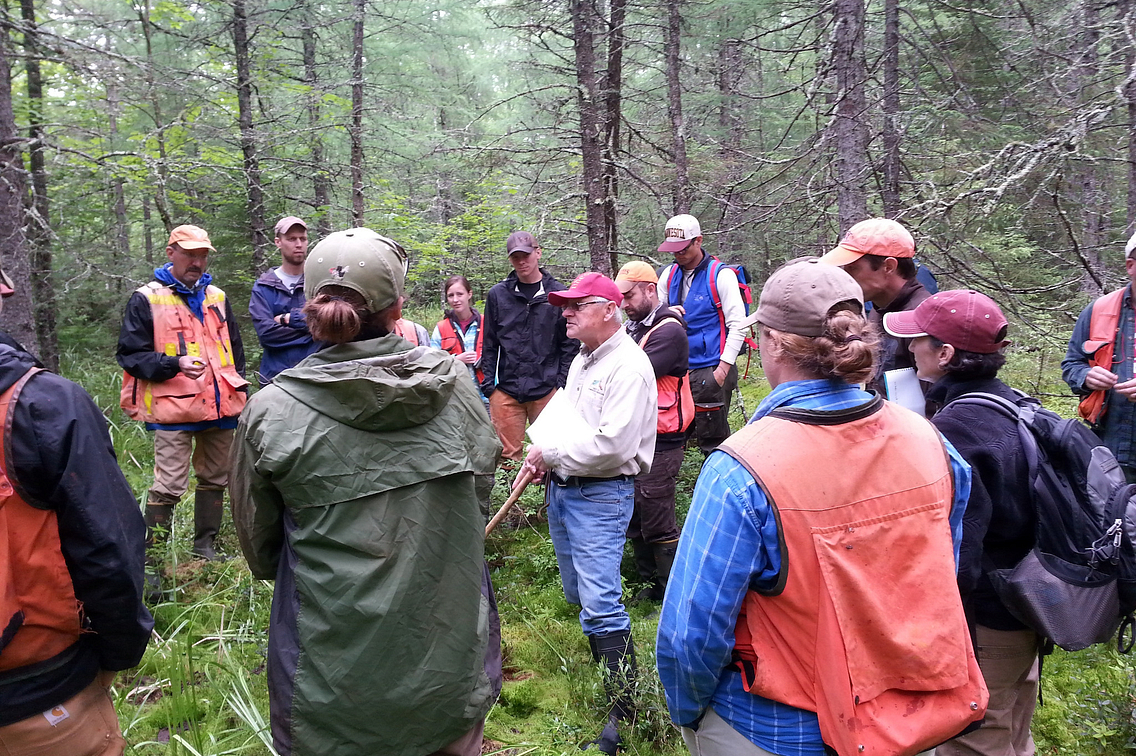 Together with training workshops throughout the state, these two field guides sparked even more enthusiasm for the classification system, leading to additional funding from the U.S. Forest Service. In 2002, the "maroon book" was published as a second edition for the northern Wisconsin field guide.

Even more recently, a wetland forest habitat type classification system was created and is available on the DNR website. Go to dnr.wi.gov, keyword "forestry," and select the "Forest management" header, then "Guidelines and handbooks."

Kotar's work on the habitat typing system, along with his decades of leadership in Wisconsin forestry, was recognized with his 2010 selection for the Wisconsin Forestry Hall of Fame, which is located at the UW-Stevens Point College of Natural Resources. Find details online at wisaf.org/wisconsin-forestry-hall-of-fame.

Before the habitat type classification system, forest management was based on the dominant trees found on a site with no consideration for soil type or site productivity. But this changed as understanding grew regarding the role of soils in influencing plant composition and growth. It became clear that while the same tree species could grow on a range of habitat types, the management options, productivity and succession patterns would be very different.

"The systematic approach of the FHTCS allows for consistent evaluation of differences and treatment options," Kotar says.

Improved forest management decisions are not the only benefit of the FHTCS. Ecologists, wildlife biologists and researchers also use the system for a range of other management activities and academic studies.

Knowledge and understanding of our natural systems, in part through habitat type classification, also has helped change attitudes about traditional forest management.

Kotar remembers a training workshop in the 1970s when the forest industry was still closely tied to red pine plantations. He was training staff and executives from a private timber company that until then had always managed their forests for red pine pulp production.

Standing in a pristine northern hardwood stand, Kotar asked, "How would you manage this stand?" One of the foresters jumped in and said, "Clearcut it and plant red pine!"

The forester's supervisor asked to hear more about management using habitat types. Kotar explained that the site they were standing on was perfect for northern hardwood management, and in fact those beautiful hardwoods were worth far more than the pulp one would get from a red pine plantation on the same site.

"Why not use this site to its best potential?" Kotar prompted.

Shortly after this training, the company stopped managing exclusively for red pine and began using the habitat typing system, rather than the species, to identify the best option for the site.

The Forest Habitat Type Classification System provides a common language for describing and assessing forested sites. It has significantly improved forestry by providing an increased understanding of forest plant communities and their relationship to the environment and it continues to be a valuable tool in Wisconsin's sustainable forestry practices today.

Patricia Alexandre and Colleen Matula work in the DNR's Division of Forestry-Silviculture Program.

In the Forest Habitat Type Classification System, habitat types are assigned unique shorthand names based on the potential predominant species of trees and understory plants used to classify them. The first part represents the dominant late successional tree species, and the latter part represents the diagnostic understory species. For example, the AOCa habitat type stands for the Latin names of maple, sweet cicely and blue cohosh or Acer, Osmorhyiza and Caulophyllum. The FnOn habitat type refers to black ash (Fraxinus) and sensitive fern (Onoclea). An area featuring red maples and black ash trees with an understory of swamp dewberry would be ArFnRh, for Acer, Fraxinus and Rubus. And so the combinations go.