Make a place for monarchs

EMPHASIS ON HABITAT CAN HELP SAVE THESE BUTTERFLIES, ONE MILKWEED STEM AT A TIME 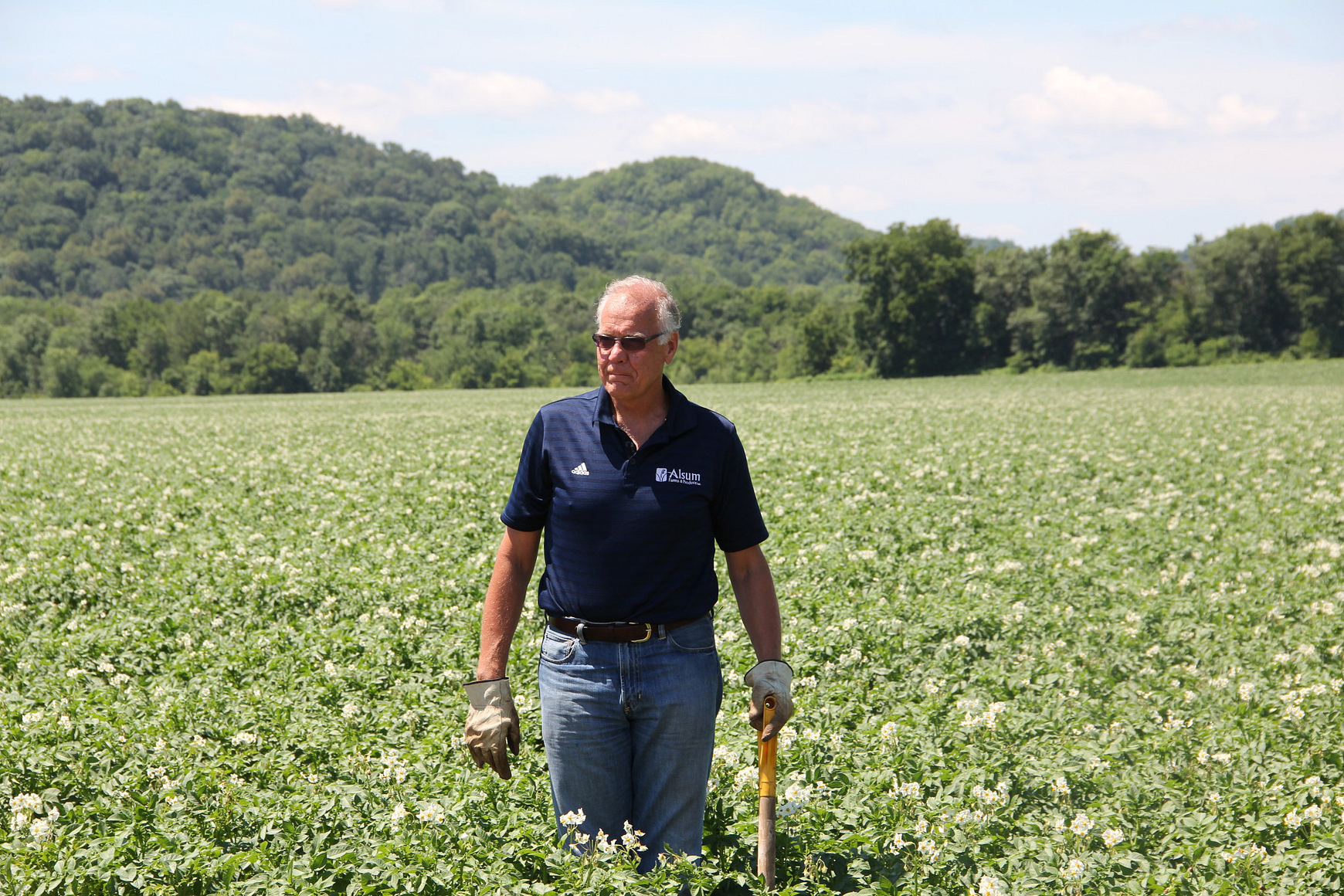 Third-generation farmer Larry Alsum planted milkweed and wildflowers on "dry corners" of the family's irrigated potato farm near Spring Green and takes pride in the monarchs and rare butterflies, bees and birds using that habitat

And Julie and Al Hillery tend more than 200 milkweed plants on their Boulder Junction-area property, collect milkweed seeds for a seed distribution program, and convinced their local highway department to change its mowing schedule to avoid milkweed while monarch caterpillars are munching away.

They're among the growing number of Wisconsin people, businesses and organizations planting and protecting habitat to save monarchs. Monarch caterpillars eat only milkweed, and widespread loss of habitat with milkweed and the nectar plants adult monarchs depend on has caused monarch populations east of the Mississippi River to plunge more than 80 percent in the last two decades. (The smaller western monarch population has dropped even more precipitously, including an 86 percent decline just in the last year.)

"After we heard about the crash in populations in Mexico, that kind of sent up all kinds of flares for us," says Julie Hillery. "We read an egg has a 1 percent chance of surviving to adulthood and we thought maybe we could make a difference. It felt like, we've got to do something!"

Wisconsin is in the core breeding ground for the eastern migratory population of monarchs. The state's milkweed feeds and produces several generations of the iconic black and orange beauties each spring and summer before a final wave gorges itself on wildflower nectar and embarks on a 1,700-mile journey to central Mexico.

These long-distance fliers, the weight of a paper clip, spend their winter resting in fir trees in the mountains before migrating north. They get as far as Texas before laying eggs and dying. Their offspring take up the journey, and it is mostly this generation of butterflies that reaches Wisconsin in the spring and lays their eggs, beginning the cycle again.

'We'll need all hands on deck'

The good news for monarchs is 70 groups and individuals formed the Wisconsin Monarch Collaborative in 2018 to catalyze voluntary monarch habitat planting on a massive scale. Participants include representatives from the Department of Natural Resources and other state and federal agencies, utilities, transportation groups, agriculture groups, university researchers, conservation groups and nature centers.

By 2038, they hope to have inspired and aided farmers, urban and rural residents, utilities, highway departments, conservation landowners and others to add more than 119 million native milkweed stems to Wisconsin. The milkweed ideally will be in a mix of native wildflowers, which produce nectar the adult monarchs need and which also benefit other pollinators and insect-eating migratory birds like warblers, Baltimore orioles and vireos.

Wisconsin's effort is part of the Mid-America Monarch Conservation Strategy, a larger campaign by 16 states to add 1.3 billion milkweed stems to the region over the next 20 years.

"Decades of research show that 50 percent of the monarch butterflies that overwinter in Mexico come from the Corn Belt, and that it takes about 30 stems of milkweed in the Midwest to produce a single monarch that will attempt the migration to Mexico," says Owen Boyle, DNR species management chief and the agency's lead representative on the collaborative.

"The work we're doing here in Wisconsin is important and we'll need all hands on deck to conserve monarchs for future generations."

As Midwest milkweed vanishes, monarchs do, too 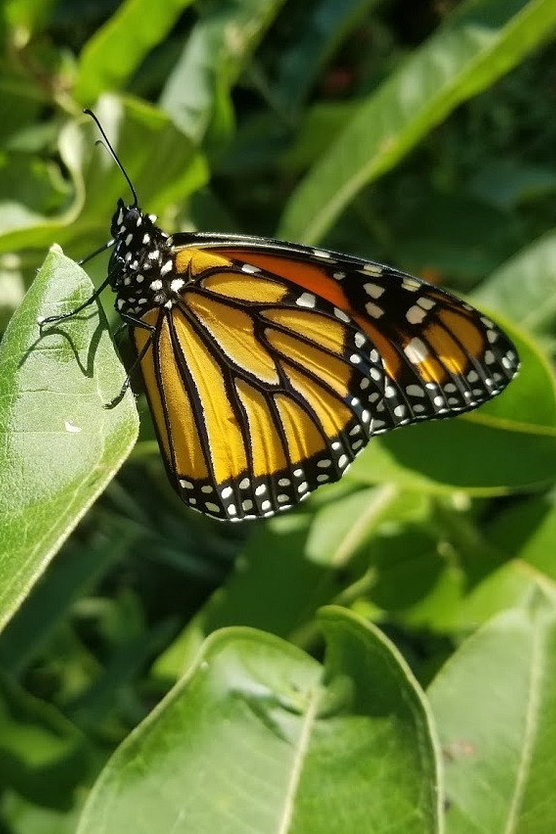 Monarch caterpillars eat only milkweed, and widespread loss of habitat has caused populations east of the Mississippi River to plunge.
© JEFF MARGENAU

Midwestern states, including Wisconsin, once provided more than 85 percent of monarch butterflies in the eastern migratory population. The introduction of herbicide-tolerant corn and soybeans and the accompanying increase in herbicide use in the 1990s inadvertently led to steep losses as milkweed disappeared from between rows of corn and soybeans, according to studies by scientists including Karen Oberhauser, a longtime leading monarch researcher and Wisconsin Monarch Collaborative member.

To return native milkweed to the landscape, collaborative members will encourage farmers to add milkweed and nectar-producing wildflowers to non-productive areas including ditch banks, field margins and farm yards, says Oberhauser, director of the University of Wisconsin-Madison Arboretum.

Other sectors — urban, suburban and rural residents, transportation and utility companies controlling land along roads and under transmission lines, public and private owners of conservation lands — will need to do their part, she says.

She is optimistic about the Wisconsin Monarch Collaborative and the larger national effort on behalf of monarchs.

Alsum Farms started planting prairie grasses, milkweed and wildflowers in the "dry corners" of fields, where water from their center pivot irrigation systems didn't reach, in the 1990s as part of the Wisconsin Healthy Grown Potatoes Program. That partnership involved Wisconsin Potato and Vegetable Growers Association members, the University of Wisconsin, International Crane Foundation and Defenders of Wildlife, among others. It encouraged farmers to reduce pesticide use, plant native habitat and protect water quality.

"He (Larry Alsum) felt like he wanted to do something more for the environment," says Beau Hartline, farm manager. "We realize we are a monoculture type operation."

He thinks farmers are receptive to planting more habitat. "Most farmers love the outdoors. The biggest thing for them is to know they're going to have help."

Farmers and other large landowners will find more opportunities in Wisconsin in 2019 to get technical, financial and volunteer help on creating habitat for monarchs and other pollinators. Information about these resources is found at the Wisconsin Monarch Collaborative website, Wisconsin Monarch Collaborative, under the "Create Habitat" tab. Perhaps most importantly, Congress recently renewed the 10-year Farm Bill, which is the single-largest source of conservation funding for farms.

"The cost-share programs will be the key," says Steve Bertjens, a state biologist with the U.S. Department of Agriculture's Natural Resources Conservation Service. "The seed mixes can get very expensive — $500 to $800 per acre — and then there is the cost of planting the seeds and maintaining the habitat once it's up."

Having the collaborative's agriculture partners engaged and spreading the word will help.

"We have to get out that message that it doesn't have to be 20 acres or 5 acres. If you can do half an acre, that's a big win," Bertjens says. "My hope is by starting small and learning what works for them, they'll get excited about it and that may encourage them to plant more acres."

Andy Wallendal, recent past president of the Wisconsin Potato and Vegetable Growers Association and co-chair of the collaborative's agriculture working group, says the tough farm economy means more farmers are looking for alternatives. Adding habitat for monarchs also helps other pollinators, something many Wisconsin vegetable and fruit growers are interested in doing to aid pollinators necessary for their crops.

"Let's try getting more ecosystem services from the farm," Wallendal says. "Ag has been pretty stoic and not tooting horns about the ecosystem services they provide. This is an opportunity to foster goodwill among communities and get all sectors working together. It can be a win-win scenario."

Keeping the lights on for monarchs

Most of the monarch and pollinator habitat in Wisconsin is at a power plant site south of Eau Claire that was never built on, but most of Xcel's habitat projects have been smaller and in or near communities. The utility puts up signage at the sites, brings in community members for the planting and invites the media, as they did for a June 2018 planting at their corporate headquarters, Rasmussen says.

"Our goal is more the educational aspects of showing business and homeowners, you can do this," she says. 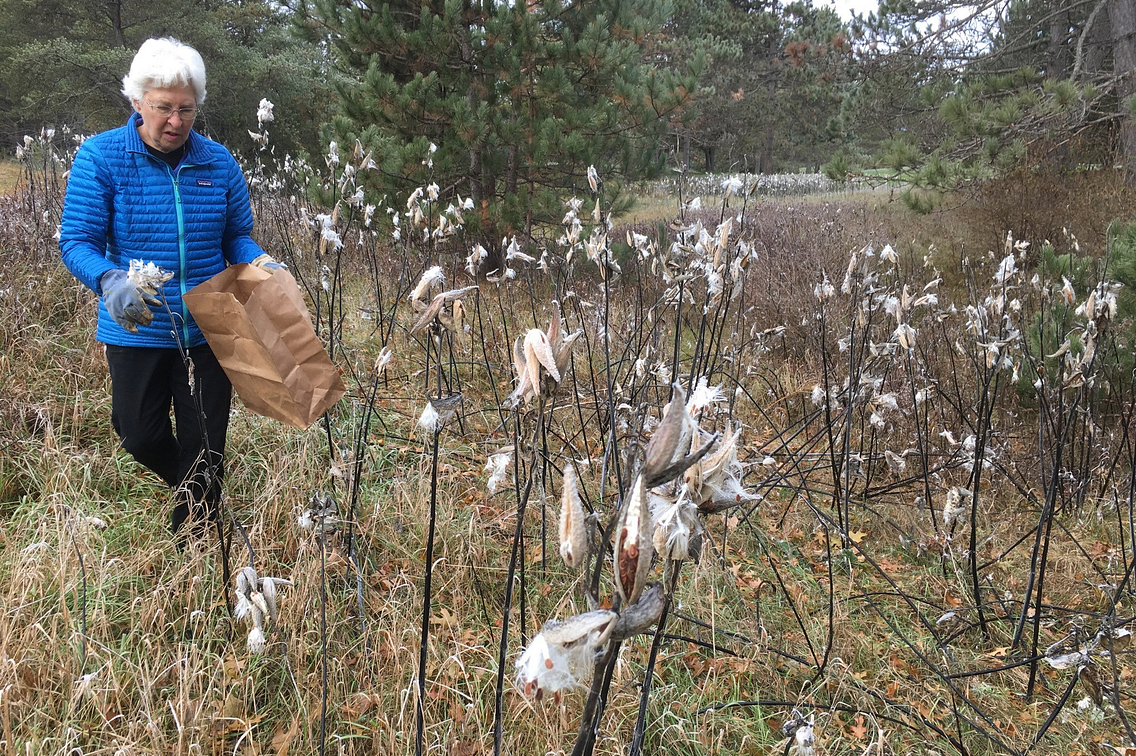 Julie Hillery of Boulder Junction collects milkweed pods to harvest the seeds for others to plant.
© AL HILLERY

Starting small and having a big impact

Back in Boulder Junction, Julie and Al Hillery got interested in helping monarchs in 2006 when they noticed monarch caterpillars covering the six milkweed plants in their restored prairie patches.

Julie's concern the caterpillars wouldn't have enough to eat led the couple to start raising them to adult butterflies and providing them to North Lakeland Discovery Center for education and tagging programs. They had so much fun they planted more milkweed and raised more monarchs.

"That's where the emphasis should be," Julie Hillery says. "The more I learn about it, the more I want to do and raise awareness."

Their original six milkweed plants are now 200 and Julie convinced the local highway department to change its mowing schedule and practices to avoid milkweed entirely. She and Al collect milkweed pods from area roadsides in the fall and supply them to Monarch Watch's seed distribution program. And they keep adding to what they do for monarchs.

"I talked to our librarian (in Boulder Junction) and next summer we'll be able to have caterpillars and a display at the library," Julie Hillery says. "I'll have little baggies of milkweed seeds there for people to take. We may also arrange for a monarch program at the library."