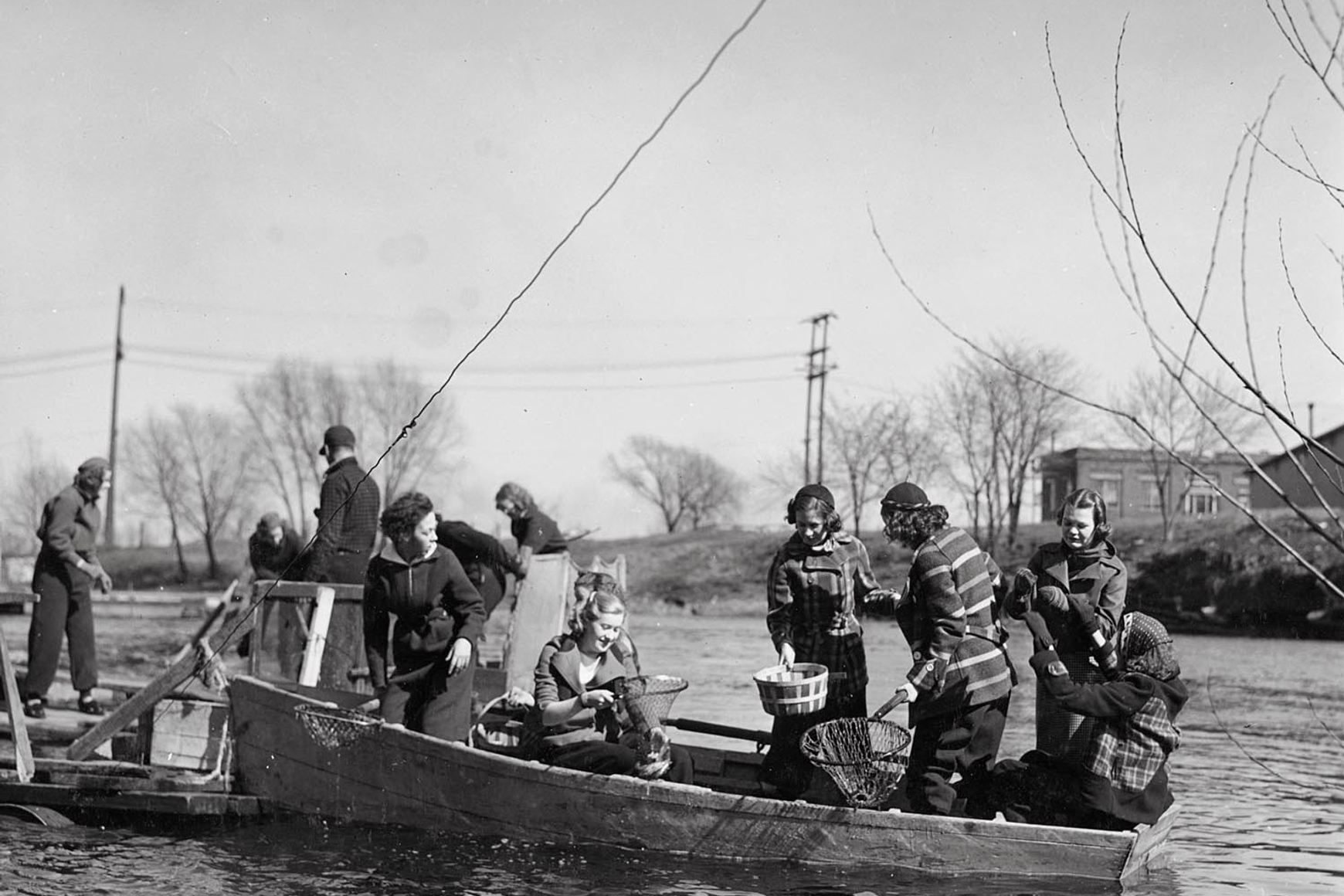 Women dip for smelt from a boat on the Menominee River in Marinette in April 1938.
© DNR FILES

SMELT RUNS WERE CAUSE TO CELEBRATE — AND CROWN QUEENS!

As annual traditions go, smelt dipping has seen its ups and downs over the decades.

Dipping, or seining, is the typical method of catching these silvery herring-like fish that swim upstream in spring to spawn. A Conservation Bulletin story in October 1948 estimated about 5 million to 6 million pounds were caught each year from 1936 through 1942 by commercial and sport fishermen. Then a mysterious pathogen is believed to have caused a disastrous crash and in 1944, the reported catch was a mere 4,344 pounds. In the decades since, populations have fluctuated widely.

But in its heyday, the smelt run was a much-anticipated event and the focus of festivals along the Lake Michigan coast. 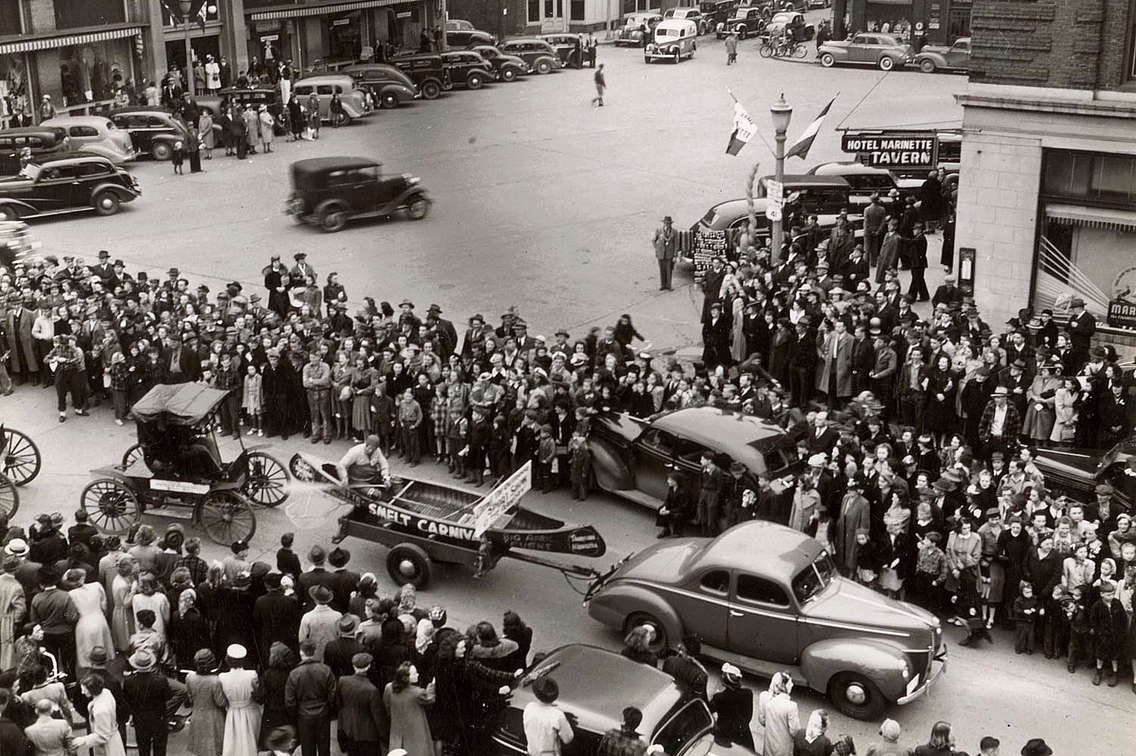 Crowds of residents line the streets of Marinette for the Smelt Festival parade in April 1941.
© DNR FILES

"Wisconsin: A guide to the Badger State," published in 1941, describes an annual event in Marinette: "The smelt run in greatest number at night, and from 9 p.m. until midnight all Marinette is festive. The Interstate Bridge is closed to traffic, every foot is crowded with poles, flashlights, machines for lifting the seines, and baskets full of shining fish. The riverbank is a blaze of light from bonfires. Barkers yell their wares, fireworks light the whole sky, and beer flows freely. The festival reaches a climax with the crowning of the Smelt Queen."

It's not likely that smelt runs in modern times will ever be the cause of celebrations like back in the day, but old-timers or new smelt enthusiasts up for a challenge can find fellow dippers at Jones Island in Milwaukee, or in the Hot Pond on the Ashland side of Chequamegon Bay. You may even get a bucketful, or enough for a meal!

To help keep smelt out of inland waters and from harming native fish communities, please follow these tips: