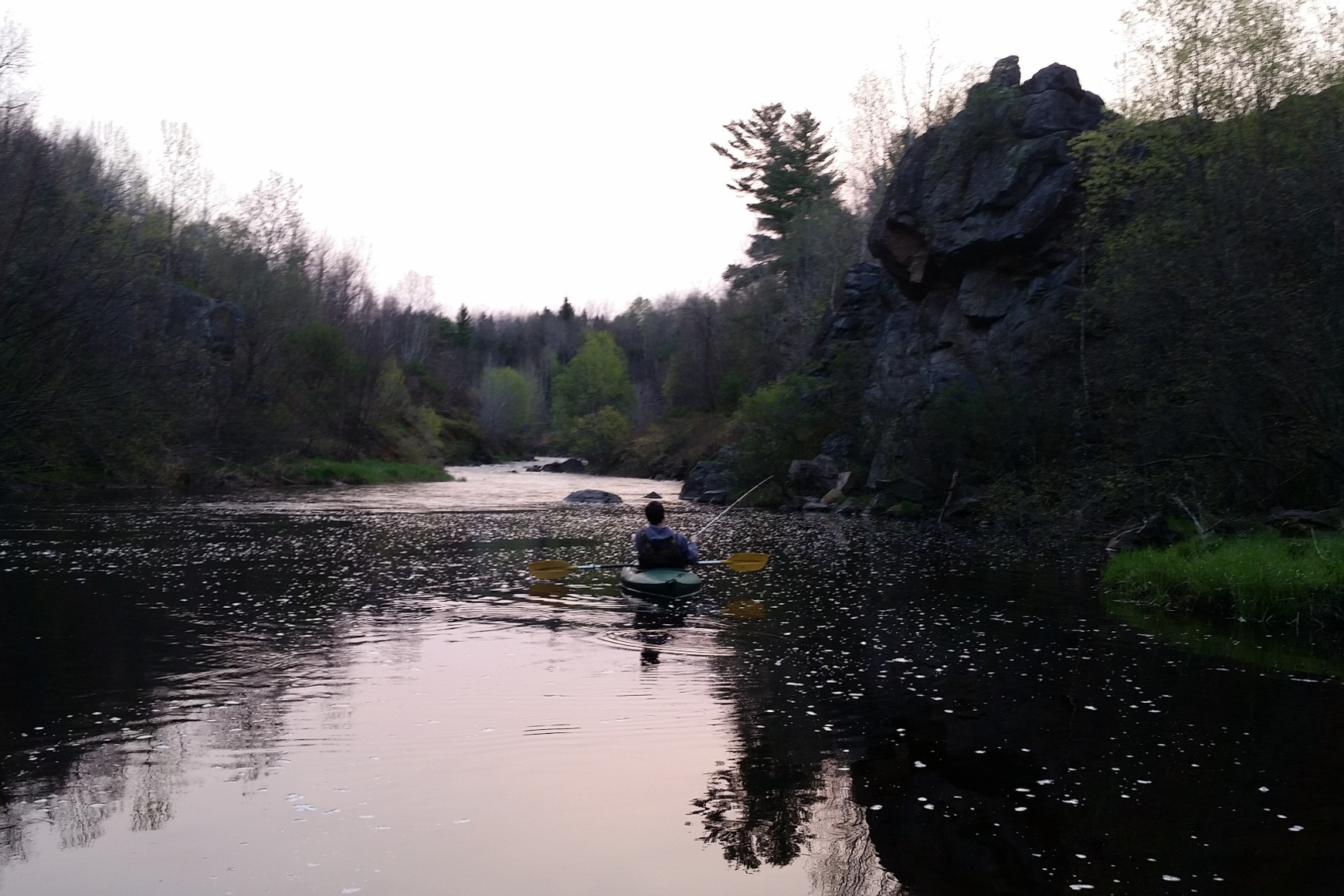 After removal of the historic Prairie Dells Dam, anglers have clear access to the Prairie River.
© JIM SERVI

Trout bring out the passion in anglers like few other fish species. For many, trout fishing also is a family affair. It gets in the blood. The river becomes more than just a body of water — it becomes a sacred place full of memories.

Just as life changes through the years, however, the river of my youth also has changed. That's the Prairie River, which runs about 40 miles from its headwaters at Horseshoe Lake in Langlade County to where it drains into the Wisconsin River at Merrill, in Lincoln County. Unlike when I fished it as a kid, the Prairie River now flows free.

Two prominent dams, the Prairie Dells Dam and Ward Dam, were landmarks on the river in my youth. Built to support the Wisconsin logging boom of the late 1800s, both were rebuilt in 1905 in hopes of generating electricity.

During the 1990s, the dams simply became too expensive to maintain. With the nationwide trend of removing dams and restoring flow to cold-water rivers, both were removed. 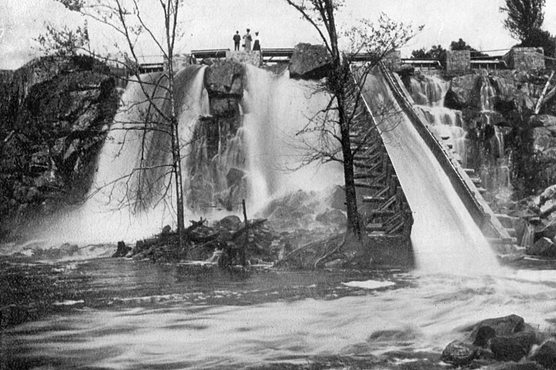 Removal of the Prairie Dells Dam (shown here) and Ward Dam in the 1990s resulted in a 30-fold increase in natural brook trout reproduction.
© COURTESY OF ROBIN L. COMEAU

The Prairie Dells Dam went first. It was never actually used for electricity — an engineering error during reconstruction meant its turbines literally couldn't create enough power. The turbines eventually were removed but the dam stayed for eight more decades, supporting a 2-mile pond. Lincoln County invested substantial resources to find a way to save the dam, but it was ultimately blasted in 1991.

The Ward Dam removal came several years later, and not without challenges. The drawdown of the 118-acre lake above the dam began on Labor Day weekend in 1999. Several lawsuits attempted to stop the process, but by mid-November the dam was gone and the Prairie River flowed free for the first time in more than 100 years.

Only a few short years after the removal of the Prairie Dells Dam, research showed a 30-fold increase in natural brook trout reproduction. The Prairie Dells Scenic Area, northeast of Merrill on Highway 17, continues to be a popular destination.

This is where my brother Jeff and I began a memorable journey on the opening morning of fishing season in 2016. We knew the river well but had never seen it like this. Starting at the base of the old Prairie Dells Dam, where remnants are still visible, our opening-day plan was to kayak back to the location of the former Ward Dam, fishing the entire way.

Our target, naturally, was trout — brookies and browns — but more so we were after adventure. In our youth, we had fished different stretches of the river but had never explored too far. Our curiosity for the unknown always left us wondering what was upstream and down.

As adults, we decided to put the wondering to rest. This was our chance to see the river differently, and we weren't disappointed.

Like many good fishing adventures, it started well before dawn. There's something magical about watching the sunrise over your favorite body of water. The day was perfect. Warblers fluttered on the bank, eagles soared overhead and even a mink showed its face with a minnow dangling from its mouth.

By noon, everything was going according to plan. We had enough trout for a meal, although a new Wisconsin record would have to wait. The Prairie River is home to the state record brook trout, caught in 1944, at 9 pounds, 15 ounces. Our brookies were nothing huge but perfect for eating.

We stopped for lunch on the bank at one of our favorite childhood fishing holes. While I cleaned the fish, Jeff cast a line. Within seconds, that familiar twitch of the rod told us we had another trout. We added it to the grill and thoroughly enjoyed our catch before continuing our journey.

The expedition ended that evening at Prairie Trails, the park created following the Ward Dam removal. After the dam was gone, a sea of green ensued with wild grasses and sedges combined with planted rye, trees and shrubs. International Papers donated the land to the city of Merrill and another park was added to the list that has earned Merrill its well-known designation as "City of Parks."

Although Jeff and I didn't catch any trophies on that outing, we found some hidden holes to fish another day. For a moment, our wondering about what was around the next bend was finally put to rest. Reminiscing, one fishing hole at a time, about our childhood adventures as we floated downstream added yet another memory. 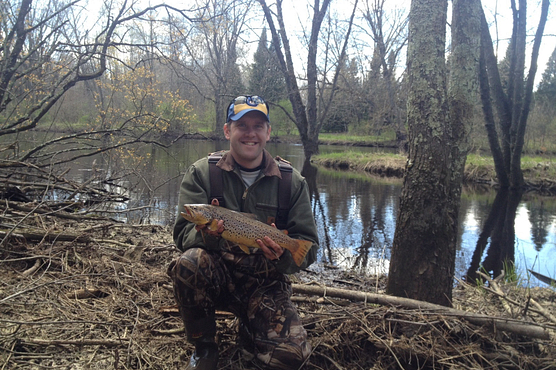 We were so captivated by the journey on these now free-flowing waters that we started a new tradition of floating the Prairie River each year at the opening of fishing season. And each year that tradition has grown.

In 2017, our friend Kevin Staus joined us and not only caught his first legal brown trout, but then proceeded to catch his first trophy brown only hours later. In 2018, we had a procession of six kayaks floating downriver as my brother Scott and sister Christy joined us, along with our friend Shane.

The fishing was slow, but the adventure was not as two of our kayakers made an unplanned plunge into the chilly water. All's well that ends well, though, as we enjoyed a delicious meal of trout on the river bank once more — and added another unforgettable day on the Prairie River.

Jim Servi is a freelance writer from Hamburg, in Marathon County, who spends every opportunity he can in the great outdoors with his family and friends.