Lend an eye for wildlife

Story by Kathryn A. Kahler and photos courtesy of Snapshot Wisconsin 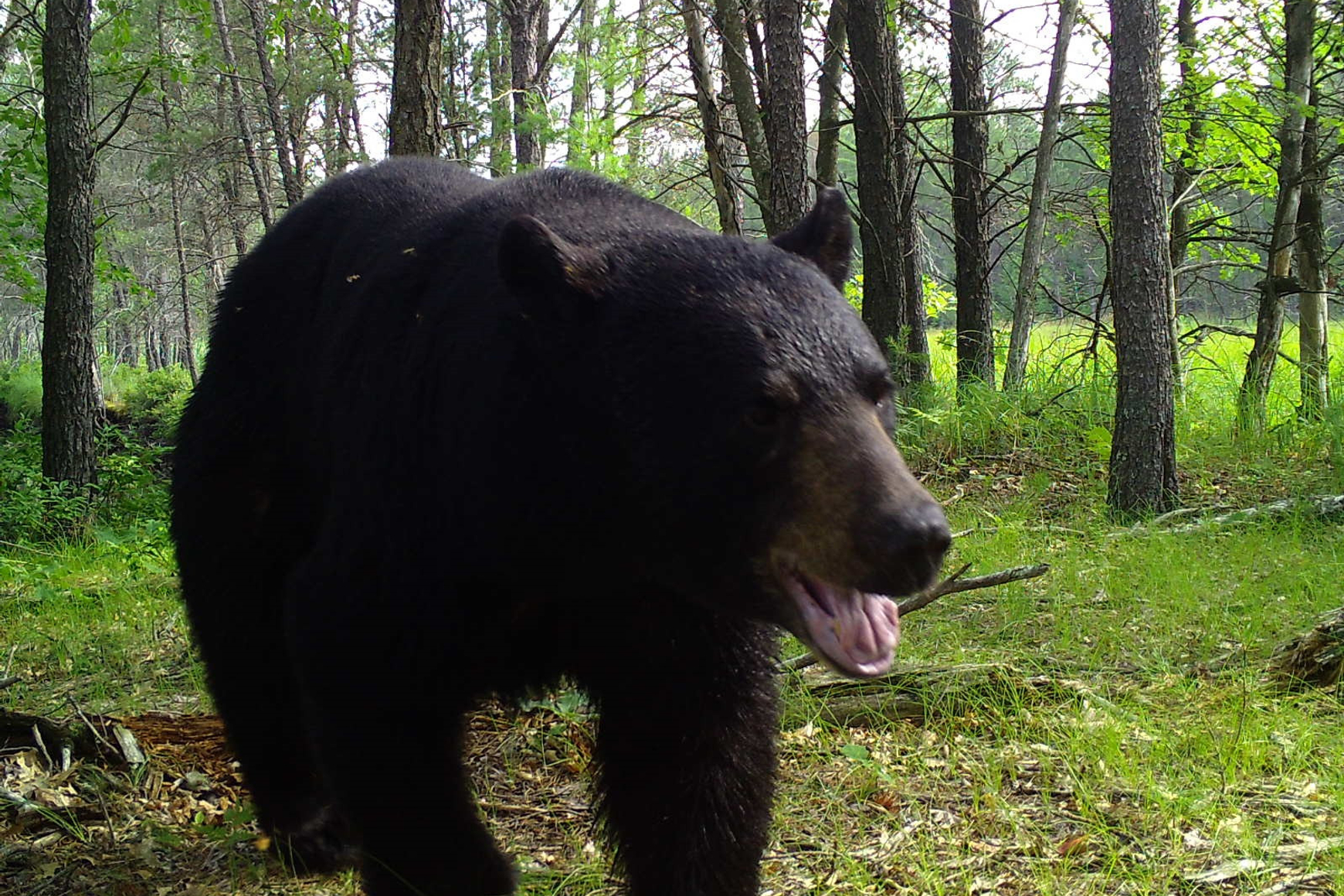 DNR's Snapshot Wisconsin program relies on a network of trail cameras to catch glimpses of wildlife in their habitat, like this black bear in Jackson County.

Do you have trouble keeping track of the few hundred photos on your smartphone? Imagine being responsible for organizing, identifying and storing more than 30 million images.

That's the challenge of the staff at Snapshot Wisconsin — and, frankly, they couldn't be happier because it's a testament to the success of the program.

Since this magazine first reported on the innovative new program three years ago, it has grown to feature coverage statewide, including on public lands. Currently, there are one or more cameras in all 72 counties, and more than half the state exceeds the 25% coverage goal. There are now more than 2,100 cameras maintained by 1,700 hosts.

Few other wildlife monitoring techniques capture evidence of wildlife in their habitat like a trail camera. Building on the explosion of trail camera usage over the last few decades, Snapshot Wisconsin was conceived as a means of monitoring wildlife populations with the help of volunteers.

Program volunteers help in two phases, each with its own appeal and level of involvement. In the first phase, camera hosts agree to install DNR-provided cameras, check them regularly throughout the year, upload the photos to the DNR website, filter out those that show humans or are blank and provide an initial classification of the animals in their photos.

Once that work is done, photos go to a crowd-sourcing website called Zooniverse, where a worldwide team of wildlife enthusiasts helps identify the animals in them. Zooniverse identification is done in batches, also called seasons. Thousands of photos are made available to identifiers each season.

Photos are "retired" once consensus is reached on what species are depicted, not always an easy task. Animals like deer, elk and black bear are easy to recognize, but others offer more of a challenge.

For example, with one exception, photos that were identified by trail camera hosts and Zooniverse users as American martens were other species including fisher, red fox, domestic cat, squirrel, raccoon, mink, weasel and porcupine. These difficult to identify photos go on to DNR staff for further review.

Help is provided throughout the process via online training sessions for camera hosts. There also are many website aids such as toolkits and curricula for educators, message boards for sharing tips about cameras, field guides and talk boards for chatting with the research team.

Jennifer Stenglein, a DNR research scientist, is one of nine Snapshot Wisconsin team members. She takes pride in the program's success stories.

"One of the most rewarding was the greater prairie chicken partnership in spring 2018," she said.

Greater prairie chickens are native to grassland regions of central Wisconsin. Predation and modern farming techniques have reduced their numbers to threatened status in the state. 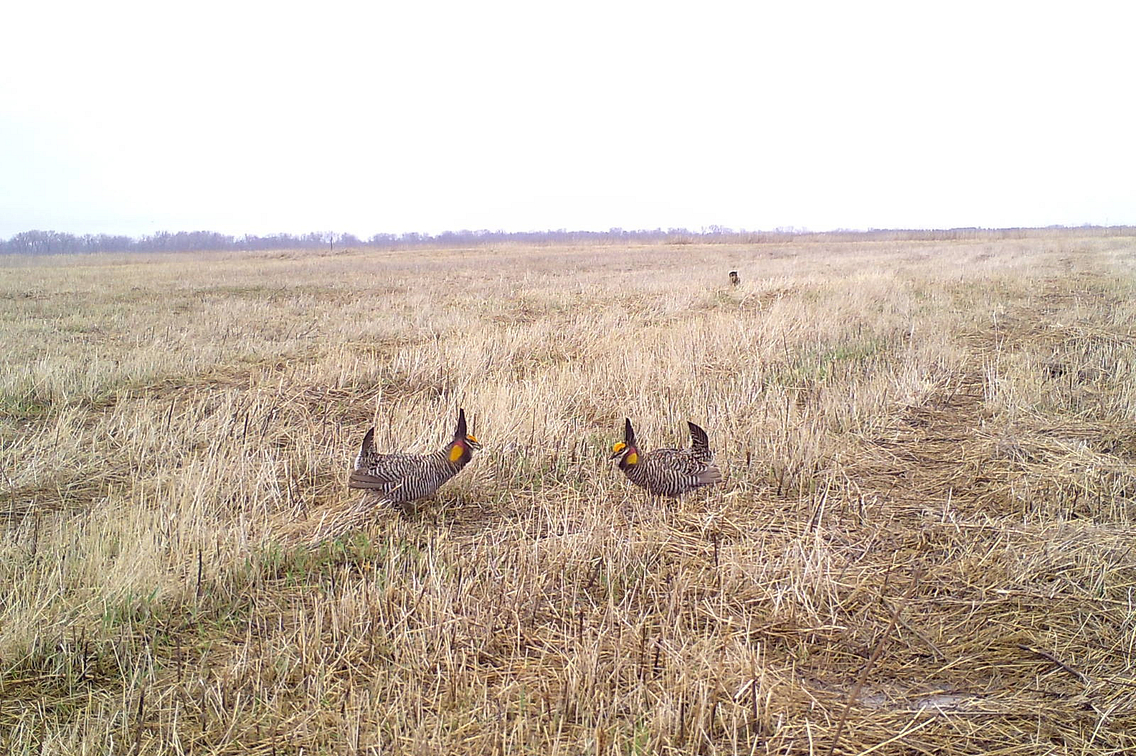 A pair of greater prairie chickens are captured on camera during "booming," or mating activity, at grassland habitat called a "lek."

Traditionally, a technique for monitoring their numbers involves in-person observations of mating activity, called "booming," which occurs from mid-March to mid-May. Observers must arrive before dawn and remain in blinds on patches of known habitat, called "leks."

"This can be a time-consuming activity for DNR staff and volunteer observers," Stenglein said. "Enter Snapshot Wisconsin! We were able to set up cameras on the leks and let them do the observing."

Cameras were pointed in each direction except east to reduce the number of photos triggered by the rising sun. They recorded booming activity while minimizing the risk of disturbance due to human presence. Additionally, because the in-person surveys aren't conducted in the evening, Snapshot Wisconsin data offered a way to examine lek activity at all hours.

"The success of the 2018 pilot season led to expanding lek monitoring with trail cameras in spring 2019 to include more greater prairie chicken leks and sharp-tailed grouse leks, and include students and volunteers in the monitoring," Stenglein said.

"Snapshot Wisconsin's partnership with DNR's wildlife management staff has been a great experience and is leading to the success of this project."

Many volunteers had no previous citizen science experience before joining Snapshot Wisconsin. They were motivated to participate by a curiosity to learn about the wildlife on their property and the opportunity to contribute to wildlife monitoring and scientific research.

"It was exciting for us to see these results," said Anhalt-Depies. "Volunteers' motivations directly align with the program's goals to support wildlife management decisions and provide the public with a unique opportunity to engage in natural resources." 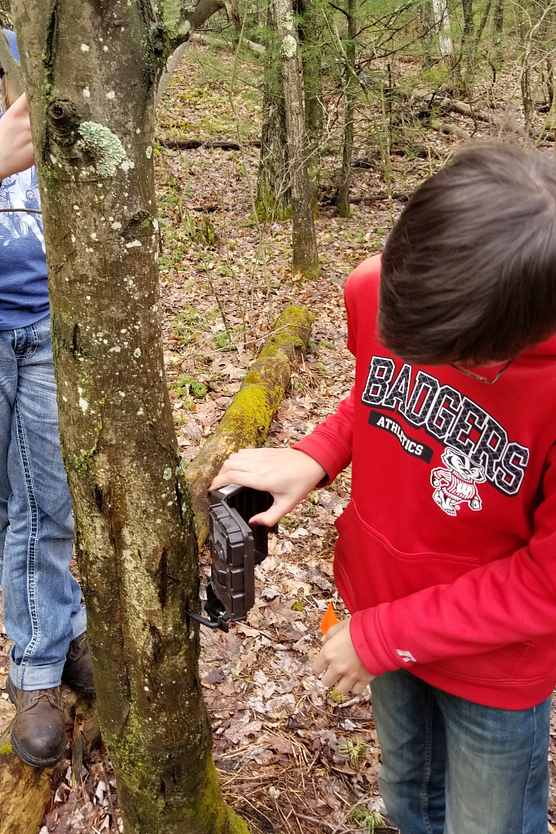 Snapshot Wisconsin has evolved into a great tool for educators, who account for nearly a quarter of the program's camera hosts.

"These volunteers reach some 15,000 people each year through their efforts," she said. "They have partnered with program staff to develop curricula and lesson plans available on the program's website.

Follow-up surveys are conducted regularly to gauge the satisfaction of participants and provide feedback to continue to improve the program. Overall, the volunteers are people who care deeply about nature and are advocates for protecting natural resources.

No less important are the 6,885 volunteers who devote time to identify photos on the Zooniverse platform. Season 13 is underway with more than 48,000 images in need of identification. All that's required is a device (computers, laptops or tablets work best) with an internet connection.

Each season brings its share of new and fascinating finds. Fun photos from past seasons include a black bear scratching its back on a tree, a white deer with two normal-colored fawns, a family of eight otters sauntering by, a coyote carrying its prey, and a pair of mating screech owls — just to mention a few.

Hooked on a great hobby

The Snapshot Wisconsin monthly email newsletter features a Volunteer of the Month in each issue. Thomas Galbraith, a recent volunteer profiled, has hosted a trail camera overlooking the swamp on his property in Marinette County since June 2017. 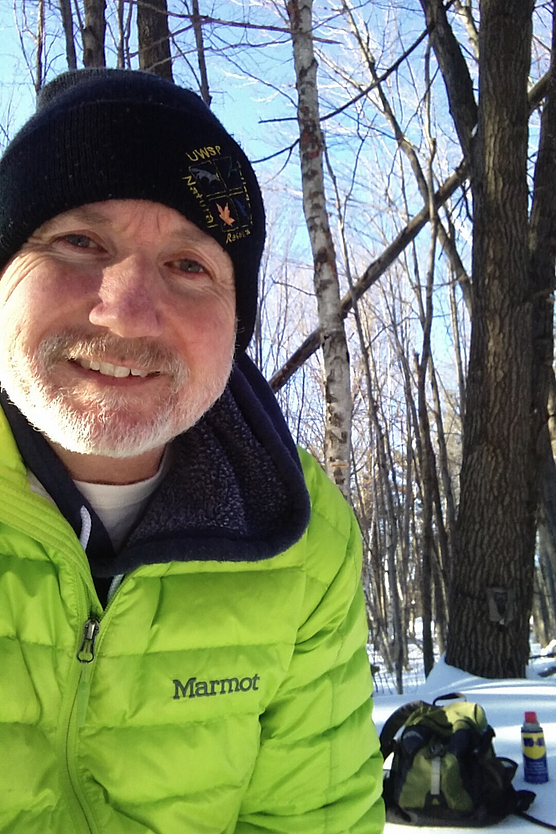 Galbraith has lived his whole life on the property captured by his camera. He also enjoys hunting, fishing and woodcarving. In addition to hosting a camera, he participates in the Zooniverse part of Snapshot Wisconsin and considers the process the best hobby anybody could have.

"I have always been interested in the flora and fauna of this great country," he said. "I learned my hunting skills from my dad and my love of nature from my mom."

Chris Yahnke, another volunteer, is a professor of biology at UW-Stevens Point and became interested in citizen science 10 years ago through the Wisconsin Bat Program. His interest in Snapshot Wisconsin evolved from participating in the Zooniverse platform to hosting his own trail camera.

As a highlight of his involvement, Yahnke points to an experience with a much photographed fawn that at first seemed annoying but led to "a wealth of data about the fawn, including time it spent alert, sleeping, stretching and foraging."

His advice for potential volunteers?

"There are lots of citizen science projects, but Snapshot Wisconsin does a great job of motivating its volunteers," he said. "Start with Zooniverse. Snapshot Wisconsin was a pioneer project on this global platform and will connect you immediately to Wisconsin wildlife.

"If you are hooked by Snapshot like I was, you can consider hosting your own camera and become a small part of a big thing." 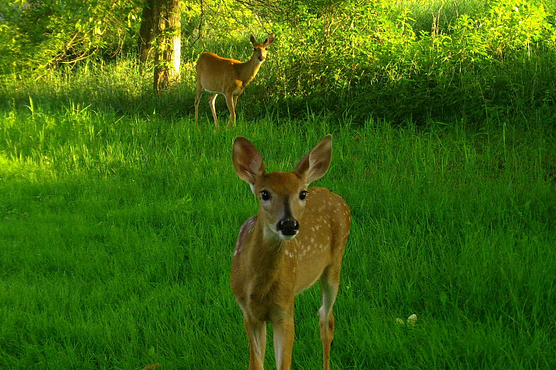 DEER HERD SIZE: In late summer DNR uses data from Snapshot Wisconsin, Operation Deer Watch and the Summer Deer Observation Survey to calculate county-level fawn-to-doe ratios — the number of fawns divided by the number of does — a factor in estimating deer herd size. Because Snapshot Wisconsin cameras are placed in natural habitat, they provide evidence that is less biased toward counting deer seen near roadways.

DAILY ACTIVITY PATTERNS: The time-and-date stamp on each photo captures data on when species are most active. Bears are most active during the day (diurnal) and turkey activity increases as the day progresses. Coyotes and deer show the strongest crepuscular (dawn and dusk) behaviors. Nocturnal porcupines are most active in the early morning hours before sunrise.

SPECIES DISTRIBUTION MAPS AND ACTIVITY PROFILES: Fishers, once thought to occupy only northern counties, have been confirmed in 42 counties as far south as Marquette County. Badgers are rarely caught on camera, but when seen they are alone and moving quickly across the frame, sometimes appearing as a blur. Badgers are most active at night and in fall during the breeding season. In winter, detections go down drastically, probably because they spend longer periods underground during the cold season.

WILD TURKEY POULT-TO-HEN RATIOS: Since 1988, DNR has done brood surveys to count hens and poults, but they are only done in a limited number of counties. Snapshot Wisconsin data can fill in that information across the state.

PREDATOR ACTIVITY PATTERNS: Bears appear in photos from March through November, mostly during July and rarely during winter hibernation. On the other hand, coyotes are caught on camera frequently throughout the year and more often than wolves or bobcats. These patterns confirm expectations and create confidence in Snapshot Wisconsin data as an index to population size of predators.

WOLF DATA: Confirmed wolf observations from Snapshot Wisconsin's cameras are passed on to DNR's wolf management team to direct volunteer tracking efforts. As more Snapshot cameras are deployed, DNR will have visual evidence if wolves move into new areas of the state.

HABITAT CONDITIONS AND CHANGES OVER TIME: Every day at 10:40 a.m., every Snapshot Wisconsin camera across the state is programmed to take a photo. This creates time-lapse documentation of seasonal events like "spring green-up" and "fall brown-down" and contributes to mapping of estimated snow depth, temperature and winter severity.