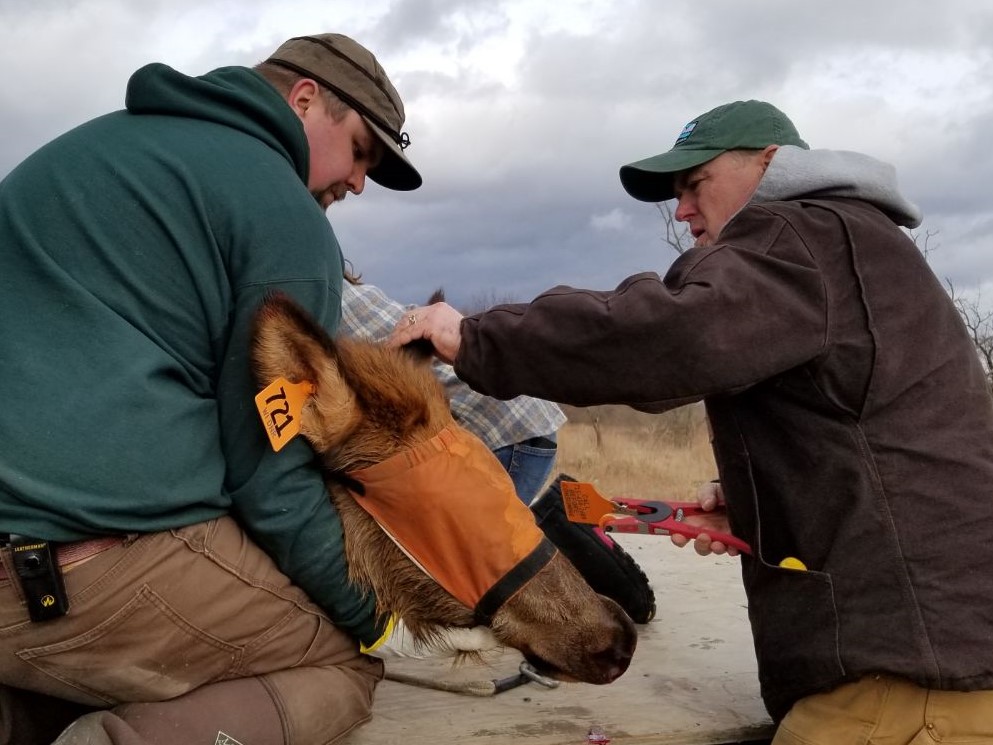 In 1989, the department was directed by the state legislature to explore the feasibility of successfully reintroducing elk, moose and caribou. In the end, it was determined that an elk reintroduction effort could succeed, while reintroductions of moose or caribou likely would not. In 1993, the Wisconsin state legislature authorized the University of Wisconsin-Stevens Point (UWSP) to evaluate the potential for reintroducing elk to the Great Divide District of the Chequamegon-Nicolet National Forest (CNNF) near Clam Lake.

During February 1995, 25 elk were trapped, held in a quarantine facility while undergoing disease testing and transported to the Clam Lake release site. After being held in a pen for an acclimation period, the elk were released into the CNNF on May 17, 1995. At that time plans were also made, but not carried out, to reintroduce elk to the Black River State Forest near Black River Falls of west-central Wisconsin (Jackson County).

Management responsibility of the herd was transferred from UWSP to the DNR in May 1999 after the initial reintroduction study was considered a success. At that time, approximately 40 elk were present in the herd.

In 2014, the department entered into an agreement with the state of Kentucky to import, quarantine and release as many as 150 wild elk over a period of up to 5 years. The overall plan involved dividing these animals into two areas of the state, including releasing up to 75 elk to establish a new elk herd in the Black River State Forest with a long-term population goal of 390 elk. This effort occurred in 2015 and 2016 with 73 elk released.

The plan also called for adding up to 75 elk to the existing Clam Lake herd with a long-term population goal of 1,400 elk. Year one of this effort was completed in 2017, resulting in the release of 31 Kentucky elk into the Flambeau River State Forest (FRSF) near the town of Winter. Early spring of 2019 marked the final translocation effort and was the most efficient and successful translocation to date, with 48 elk transported to the FRSF on April 3. Details are available in an April 3, 2019 press release [PDF]. The elk completed their required quarantine and acclimation period before being released in late August.