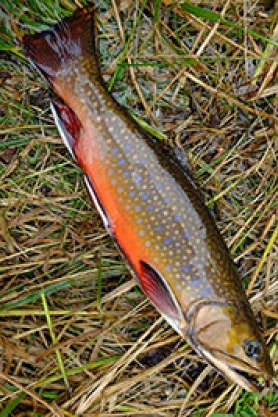 The DNR identifies and classifies trout streams according to standards for the protection and management of this unique resource. The fisheries program uses the results from about 300 surveys of stream sites conducted annually across the state to continuously update the classification system based on standardized procedures. The DNR maintains a list of classified streams for public information but specifically states that the list “shall not be assumed to be exhaustive.”

Fisheries staff continually collect stream survey information, and if necessary, use it to classify individual streams. Trout streams are officially classified by January 1st of every odd year.

Inland trout fishing - what you need to know to be a successful Wisconsin trout angler.

The Wisconsin Inland Trout Management Plan, 2020-2029 [PDF] will be guiding trout management in Wisconsin for years to come. 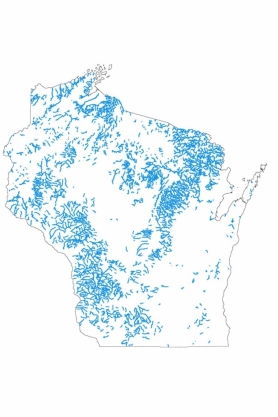 The majority of trout stream sampling occurs between mid-June and mid-September each year to allow for the capture of young-of-year trout. Trout and other species of fish are counted, measured, and sometimes weighed. The length of the stream site varies based on the width of the stream. The data collected in these surveys are used to determine management practices and related objectives such as trout stream classification, stocking, regulations and habitat.

Read about trout populations around Wisconsin through various trout surveys and assessments.

Catchable-size trout fishing- every year a number of rainbow, brook and brown trout are stocked at a catchable size for fishing fun.

The Wisconsin DNR has a long history of trout stream habitat management, beginning as early as the 1930s. In 1977, the Inland Waters Trout Stamp program was created to provide funding for improving and restoring trout habitat and to provide increased trout fishing opportunities. DNR biologists and technicians have used trout stamp dollars to improve and maintain over 25 miles of streams a year. The reports below summarize expenditures of the trout stamp program and other trout habitat expenditures for the years listed.

We launched a statewide effort in 2011 to review inland trout fishing. Trout populations, trout streams, and trout anglers themselves have changed significantly since we last collected angler input on a statewide basis over 23 years ago.

Press release on the surveys – February 2012

Former trout anglers weigh in on why they left the sport - issued by DNR May 22, 2012

Brook and brown trout populations statewide have increased overall and in each size range examined.

An evaluation of trout stream regulations in Wisconsin streams [PDF]