From environment to equality to Elvis-Nixon

Celebration of the first Earth Day wasn’t the only memorable moment from 1970. Here’s a sampling of notable newsreel, sports and pop culture highlights from 50 years ago.

The world’s first “jumbo jet,” the Boeing 747, has its first commercial flight on Pan-Am’s route from New York to London.

The Jackson 5 make their TV debut on “American Bandstand.”

Treaty on the Non-Proliferation of Nuclear Weapons goes into effect after being ratified by the United Nations. 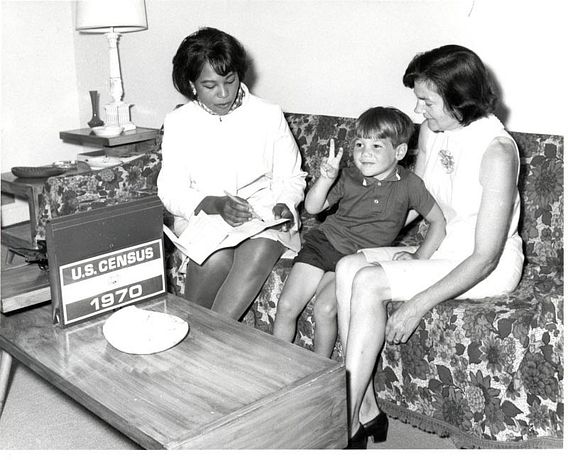 A census worker takes information from a mother and son in 1970.© U.S. CENSUS BUREAU

The Milwaukee Brewers make their Major League Baseball debut at County Stadium, having moved from Seattle where the franchise (as the Pilots) spent one season in 1969.

News breaks that Paul McCartney is leaving The Beatles. In a year of musical splits, Simon and Garfunkel also call it quits in 1970, and Diana Ross says so long to the Supremes. 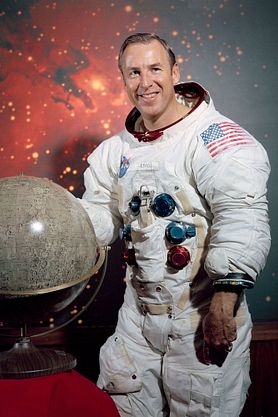 President Nixon orders an invasion of Cambodia by U.S. and South Vietnamese troops, part of ongoing fighting in the Vietnam War.

Four people are shot and killed at Kent State University in Ohio when National Guard troops fire on students during a Vietnam War demonstration.

The Voting Rights Act of 1965 is amended to lower the U.S. voting age from 21 to 18. In 1971, the 26th Amendment to the Constitution makes the change permanent.

Muhammad Ali, banned from boxing since 1966 after refusing the draft for religious reasons, has his license reinstated by the City of Atlanta Athletic Commission, paving the way for his return to the ring.

A university physics researcher is killed and three others injured when Vietnam War protesters bomb Sterling Hall at UW-Madison.

50,000 women march in New York City during the Women’s Strike for Equality.

The New York City marathon runs for the first time with 55 finishers, compared to 52,000 today.

The National Oceanic and Atmospheric Administration is formed and the Weather Bureau, dating to 1870, becomes the National Weather Service within NOAA.

In Wayne County, West Virginia, all 75 people are killed in a crash of Southern Airways Flight 932 — including three dozen players from the Marshall University football team plus dozens more coaches, administrators and fans. 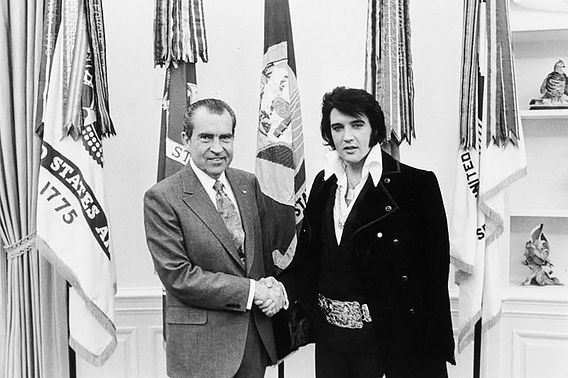 Elvis Presley meets Richard Nixon in the White House. “I’m on your side,” he told the president, reportedly asking for a badge from the Bureau of Narcotics and Dangerous Drugs.

A “topping out” ceremony makes New York City’s One World Trade Center (North Tower) the tallest building in the world at 1,368 feet.