EARLY 1900s CANOE JOURNALS CAPTURE MOMENTS OF HISTORIC ADVENTURE, PRESERVED BY THE DAUGHTER OF THE MAN WHO WROTE THEM 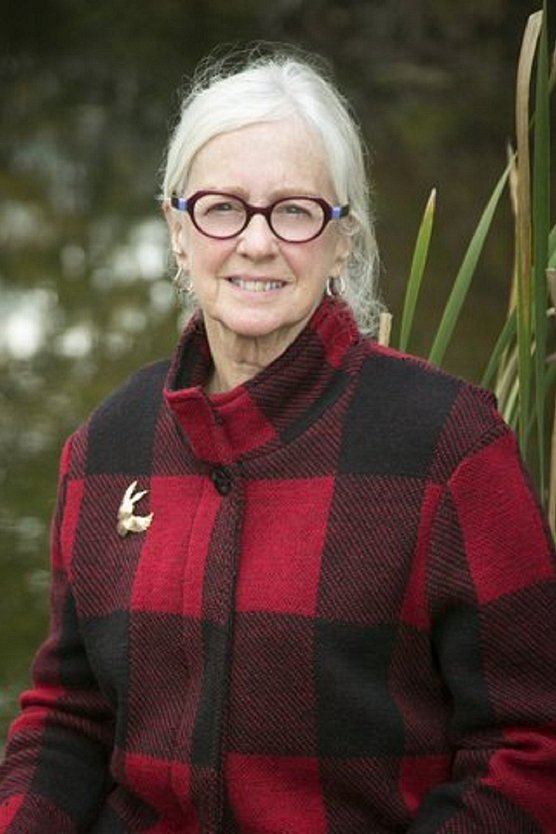 Author Martha Greene Phillips is extraordinarily attached to history. Her father was 79 when she was born. She is just one generation removed from a man who was alive as the Civil War was ending and served in the Spanish-American War.

But she has an even stronger connection to the past — eight leather-bound journals of canoe excursions taken in the early 1900s by her father and a group of friends along with his young sons and their friends. The journals were written by Phillips' father, Howard Greene, one for every trip that was made. He also meticulously copied each journal for members of the travel parties, individually typing each one, and Phillips was fortunate to inherit a complete set.

In an effort to share Howard Greene's unique paddling tales with a wider audience, Phillips turned the journals into a coffee-table book. Known to many as Marti, the retired mental health counselor from Portage did extensive research to add footnotes, information on trip geology, historical details and other context, including a guide to all the paddling party members, to create the book.

"Border Country: The Northwoods Canoe Journals of Howard Greene, 1906-1916," was published in 2017 by the University of Minnesota Press.

The 350-plus-page history includes hundreds of photographs — all but a handful taken by Greene with his Graflex camera — plus maps and sketches from the journals. The book fully reproduces six of Greene's journals, with summaries of the other two.

Phillips' copies of her father's journals eventually will become exhibits at the Wisconsin Historical Society, but she is happy their content can be shared in "Border Country."

"I wanted to publish the journals so that others could paddle the rivers and lakes with my father in early-twentieth-century America," she writes in the book's prologue. "With the publication of 'Border Country,' my long-standing wish is granted."

Eight trips into the wild 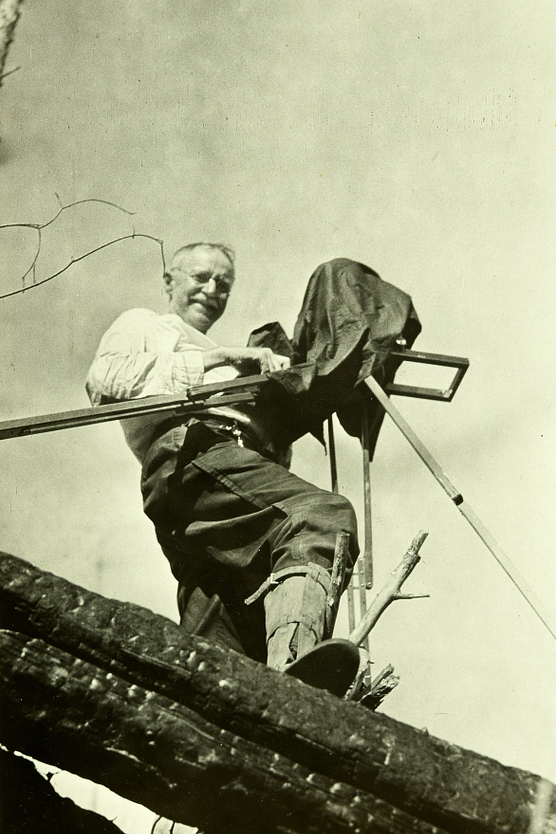 Greene's abilities as a writer and photographer were chronicled in "Border Country" about his eight wilderness canoe trips.

Howard Greene was born in Milwaukee in 1864. After graduating from UW-Madison in 1886, he worked at his family's wholesale drug company in Milwaukee, taking over the business by 1900 after the death of his parents. Back then, running a pharmacy business meant dealing mostly with herbs and other botanicals. His release from the rigors of work was to take extended trips into nature.

Greene's trips were taken with a group he called "the Gang," three or four men and four to eight boys, paddling off into the wilderness for three to four weeks at a time. Howard — or Dad, as everyone in the Gang called him on the trips — shot photographs and took notes throughout the excursions and upon returning produced his journals for each participant.

In Greene's day, photographing nature was nothing like pointing a digital camera and making it work with Photoshop later. He hauled his Graflex camera, tripod and hood on each trip and processed 4-by-8-inch negatives, and even glass plates, out on the river banks.

Beginning in 1906, the group made eight trips, some of them in areas now known as part of the Boundary Waters Canoe Area Wilderness. Imagine how those still-wild places looked more than 100 years ago.

"The Gang sought uncivilized areas," Phillips writes. "They wanted days and weeks in poorly mapped wilderness areas where they were constantly discovering places they would know very little about in advance and had to learn how to make their way through."

The trips, and Greene's accounts of them, included:

It wasn't that the group planned to end its outings at that point, Phillips writes, but circumstances dictated it.

"While in camp, Dad and (his good friend) Doc read from a book on socialized Germany; the war in Europe was just beyond the horizon," she notes in her introduction to the last trip. "In April of the next year, the United States would enter the Great War. Everything changed."

Great times for the Gang

Phillips knew about her father's journals while growing up. They were almost revered in the household. "There was a lore in the family," she said in discussing her book. "My dad wrote very well."

Some of the boys participating in the trips were Phillips' half-brothers, quite a bit older than she was. Greene's first wife died in 1932; he married Phillips' mother a few years later and they had three children, with Phillips the youngest.

At the time of the Gang's trips, there was no way girls would have been included. But when Phillips read of their adventures, "I was so envious of the boys," she said. Their experience was one of total freedom in nature.

Phillips was 13 when her father died in 1956 at age 92. He had been a very involved father, she said, so her five years of work with the journals only confirmed for her that he was the same man in his younger years, rather than revealing the man to her. "I wasn't looking for that," she said.

The journals featured other characters she enjoyed getting to know.

There was Doc, an obstetrician who was an avid hunter and collected art. Billy Mac managed a Gimbels Department Store and was on the Marquette University Board of Regents. And there were her older half-brothers.

The oldest of these brothers, Howard T., graduated from UW-Madison and took over the family's Brook Hill Farm in Genesee Depot. Interested in conservation, he eventually donated a large tract of the land for public use, including more than 60 acres of open fields and wetlands now managed by Carroll University as an outdoor laboratory (Greene Field Station).

Another of Phillips' half-brothers, Jack, became a commercial artist, working in Waukesha and Milwaukee. Her brother Carl suffered a sadder fate, returning shell-shocked from service in World War I and never fully recovering.

Clay Judson, a close childhood friend of Howard T., also was among those involved in the canoe trips. He became a prominent attorney in Chicago, but maintained a lifelong friendship with the Greene family.

"When I began writing this book," Phillips notes in the epilogue, "I was able to locate and contact Clay's grandchildren, who needed no explanation, none whatsoever, about these canoe-camping journals. Their grandfather had often talked about the days of the Gang and had kept his copies of all of the journals."

Other members of the Gang included Charles Ilsley, part of the family involved in Milwaukee's Marshall and Ilsley Bank, and Fred Hanson, another who went on to a prominent business career in Milwaukee. 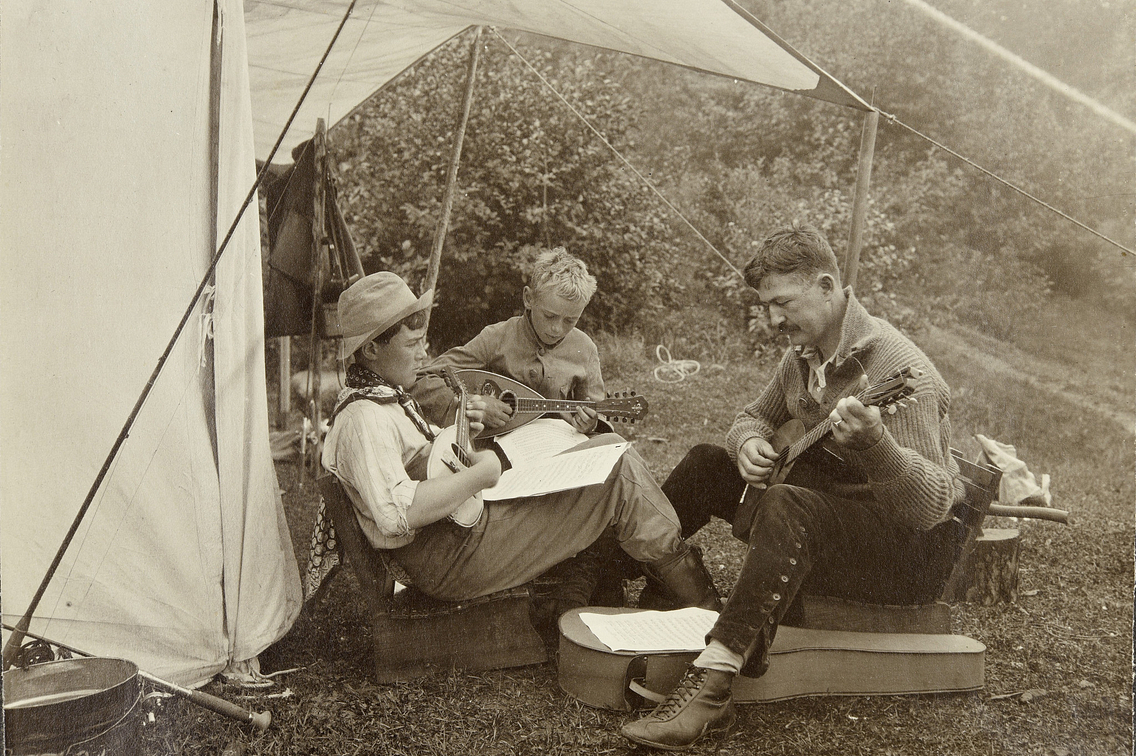 "The gang" carried wool blankets for bed rolls and slept in canvas tents without floors or mosquito netting.

In writing about her father's journeys, Phillips makes it clear that these were not the kind of trips in which men of privilege took guides and servants into the woods and came back to the club to brag about bagging a moose. The Gang did take a logging camp cook along, but their adventures were self-reliant.

They engaged farmers with teams and wagons at some of the portages. As educated men, the group knew about plant identification. They often recorded the species of birds and other animals they saw. In one four-week wilderness trip, they noted they encountered only one deer but saw many moose. The journals also include details on interactions with native Ojibwe.

A list prepared for a Customs check on one trip into Canada details what their menu was like. Items on the list included three pounds of coffee, four pounds of tea, 10 pounds of navy beans, two boxes of chocolate, 30 pounds of bacon, a dozen cans of Underwood devilled tongue, 50 pounds of oleomargarine and 25 pounds of California prunes.

The group carried wool blankets for bed rolls. Sleeping bags were just starting to be available. Their canvas tents had no floors or mosquito netting. They carried shellac and white lead to patch their canvas canoes.

Phillips did substantial research just to understand some of the terminology of the day. Greene wrote of eating dynamite – that turned out to be sort of a dewatered pea soup stuffed into sausage skins, giving them the appearance of a stick of dynamite. It was kind of the power bar of its day.

She praised the job the University of Minnesota Press did in designing the book, and also offered thanks to the Wisconsin Historical Society. One of Phillips' brothers had accumulated the negatives of Greene's photos and was making prints, but a fire destroyed almost all the negatives. The Historical Society agreed to shoot all the available images to make them usable for printing while also providing a few supplemental photos for the book, including some by noted photographer H.H. Bennett.

Phillips said publishing her father's collection verified her feeling that the journals were important and historically influential.

"Of course Dad's journals tell his story, but they also tell about life a hundred years ago," she writes in "Border Country."

"Dad's journals are gems to read, and they are obviously significant historical writings. No parallel chronicle of the times and region exists."

David Horst is a former newspaper writer, editor and nature columnist now working at a nonprofit in Appleton. He has a blog about the outdoors, "Up on the Sandhill," found at Up on the Sandhill. 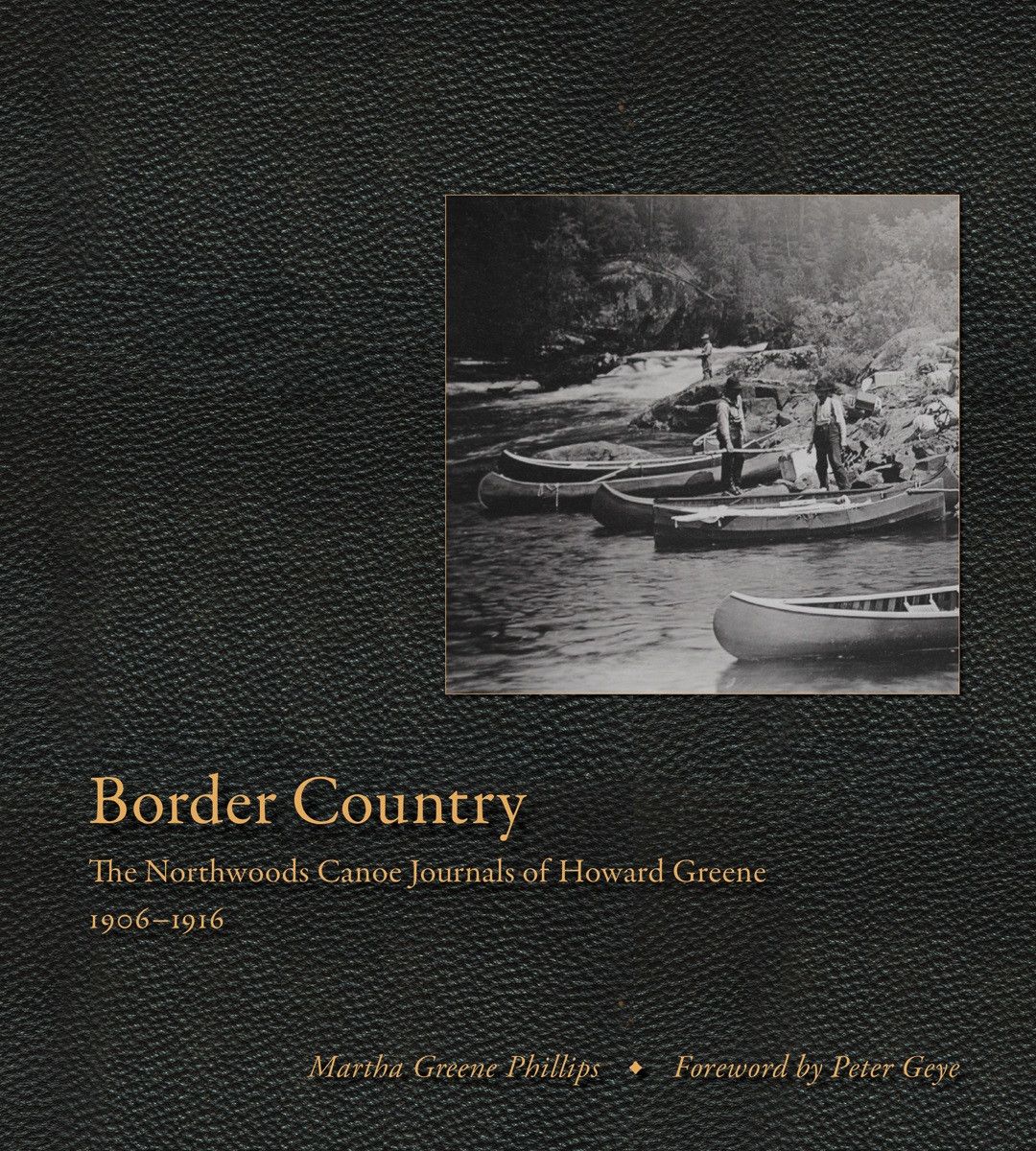 "Border Country: The Northwoods Canoe Journals of Howard Greene, 1906-1916" was written by Greene's daughter, Martha Greene Phillips of Portage, who inherited a set of the journals. The book was published in 2017 by the University of Minnesota Press, $39.95. For information or to order a copy, go to University of Minnesota Press and search "Border Country."

"Experience in fields, camps, and sundry places has taught me that the best form of recuperation for a tired mind and body is to break loose from the usual manner of life and to go away with men who live outdoors in the great open places where the postman does not come."
— Howard Greene