WHY IT'S GOOD TO BE AN ATLASER 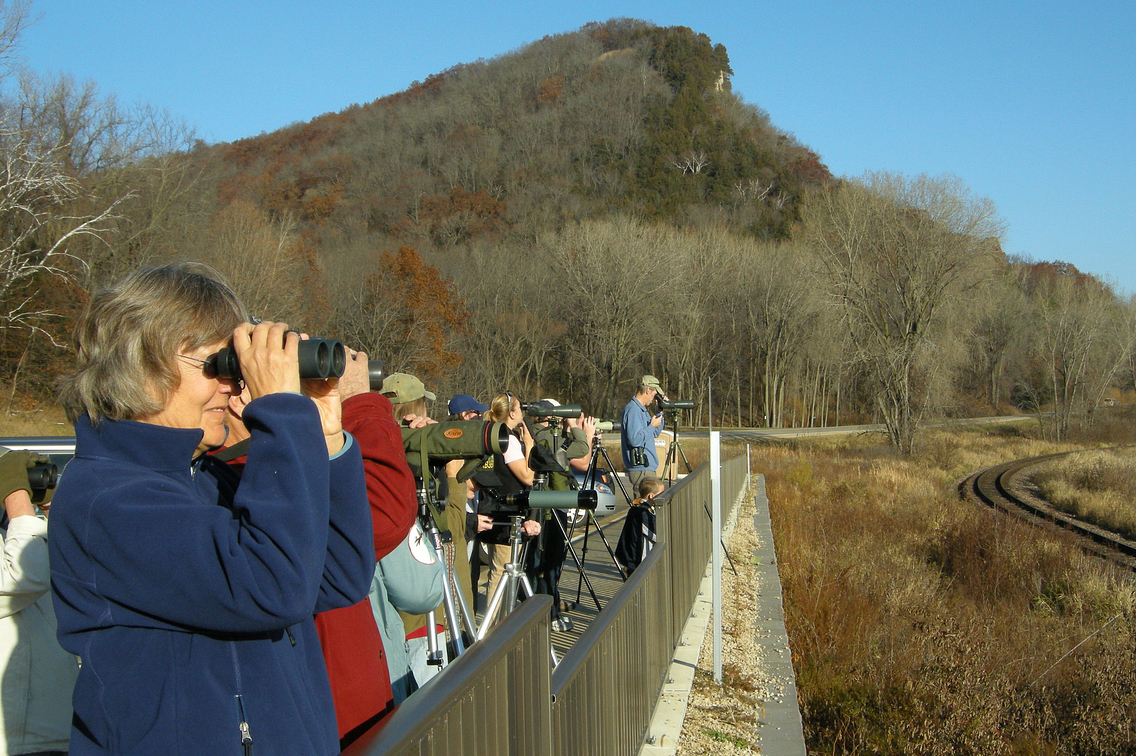 Will you be the lucky one to find the elusive white-winged crossbill?

This medium-sized finch with a predilection for extracting hundreds, even thousands, of pine cone seeds a day, is the only bird confirmed as breeding in Wisconsin in multiple locations 20 years ago and not documented yet in the current go-round of the five-year bird survey known as the Wisconsin Breeding Bird Atlas II.

Now entering its final two seasons, the project is still in need of some good men, women and children interested in birding for fun and conservation. Volunteers report the birds they see engaged in breeding behavior, like males singing and females carrying nest materials or incubating eggs.

The purpose of the Atlas effort is to document all bird species that breed in Wisconsin, from common year-round residents like northern cardinal to species of high conservation interest like Connecticut warbler.

Some of these species may be vanishing, while others are holding their own, or even increasing, but only a statewide effort will reveal these trends, says Nick Anich, Breeding Bird Atlas coordinator for the DNR.

"We need more volunteers to survey priority areas so we get a complete picture of what 's going on with our bird populations and how we can help them moving forward," Anich says.

Volunteers, also referred to as "atlasers," enter their sightings in an easy online process. The information is then reviewed by Anich and other ornithologists from organizations leading the project: the Wisconsin Society for Ornithology, the Western Great Lakes Bird and Bat Observatory, the Wisconsin Bird Conservation Initiative and the DNR.

When the project is completed, the data will be published in a hard-copy book and online for use by researchers, land managers, conservationists and other residents interested in birds and their habitats.