The Interstate Wildlife Violator Compact was created to promote compliance with the laws, regulations, ordinances, resolutions and administrative rules that relate to the management of wildlife resources in the respective member states. The violation of wildlife laws interfere with the management of wildlife resources and may endanger the safety of persons and property. The Interstate Wildlife Violator Compact establishes a process whereby wildlife law violations conducted by a non-resident while in a member state may be handled as if the person were a resident in the state where the violation took place, in that personal recognizance may be permitted instead of arrest, booking and bonding. This process is convenient for citizens of member states and increases the efficiency of Wisconsin conservation wardens by allowing more time for enforcement duties rather than violator processing procedures that are required for arrest, booking and bonding of non-residents.

The Wildlife Violator Compact also includes a reciprocal recognition of license privilege suspension by member states, thus any person whose license privileges are suspended in a member state would also be suspended in Wisconsin. Wildlife law violators will be held accountable due to the fact that their illegal activities in one state can affect their privileges in all participating states, including the member home state. For example, if a Wisconsin resident has their hunting privileges suspended in Iowa, their privileges may also be suspended in Wisconsin and in all other compact states. This cooperative interstate effort will enhance Wisconsin's ability to protect and manage our wildlife resources for the benefit of all residents and visitors.

The concept of the interstate violator compact was first created in the 1980s when law enforcement agencies were looking for a way to deal with individuals who violated wildlife and resource laws outside of their home state. Colorado and Nevada worked independently to draft the first compact documents. They merged the draft documents and in 1989 legislation was passed into law in Colorado, Nevada and Oregon to form the official Interstate Wildlife Violator Compact.

The following states are members of the Interstate Wildlife Violator Compact.
All links exit DNR. 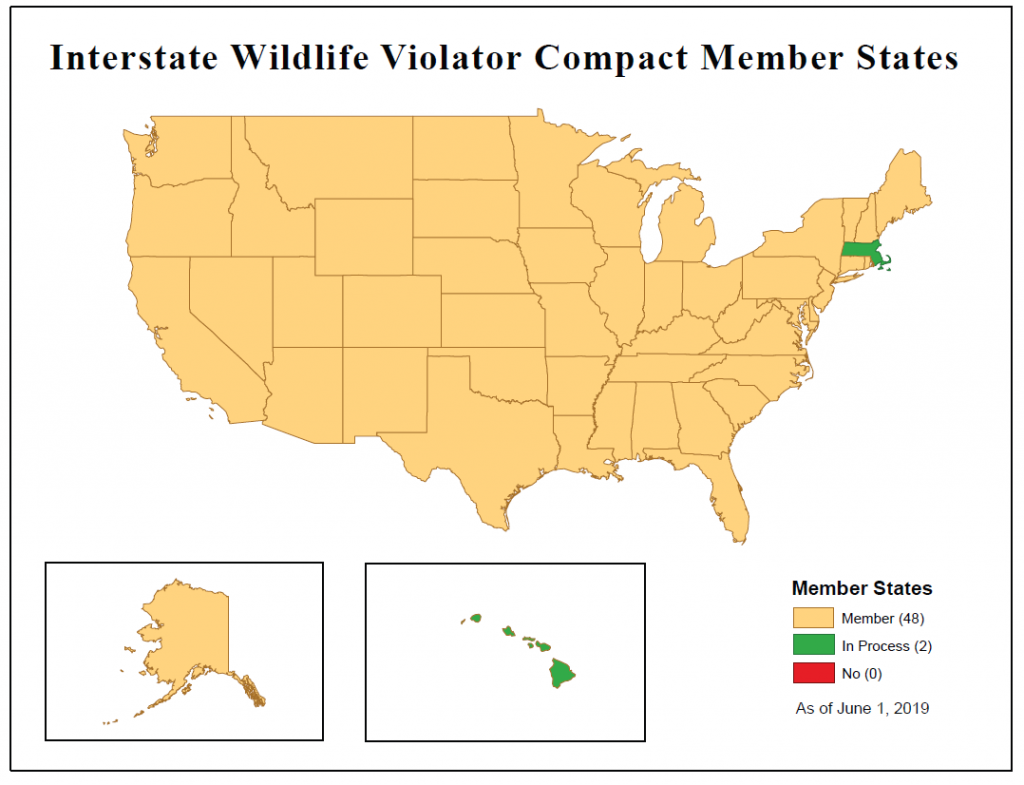